The Man They Called Ibn Saud

HE WAS a giant, physically and politically. He was an extraordinary leader who took the bedouin ethos and wrapped it in the puritanical sect of Wahhabi Islam. He was the legendary Abdul Aziz Ibn Saud, who in the first quarter of the twentieth century linked together the disparate tribes of the Arabian Peninsula to create the country of Saudi Arabia.

Michael Darlow and Barbara Bray have collected the facts, assembled the myths and illuminated the mysteries of this man, pulling it all into a compelling biography titled Ibn Saud: The Desert Warrior Who Created the Kingdom of Saudi Arabia. The book presents a vivid portrait of a leader who rose out of the wilderness of central Arabia to reign over a frail state to which Westerners today, whether they know it or not, owe a measure of their lifestyle and security.

The prime example of how little Westerners know about this man is reflected in the title, Ibn Saud, which means “son of Saud.” In Saudi Arabia, he is known as Abdul Aziz Ibn Saud. Yet to reach a Western audience, the authors evidently succumbed to the name assigned to him by British imperialists—Ibn Saud. But to the Saudis, this is the equivalent of referring to each of the founding father’s successors—Saud, Faisal, Khalid, Fahd and Abdullah—as Ibn Abdul Aziz. Still, bowing to Western ignorance does not detract from the value of the book or its explanation of why Abdul Aziz now ranks as an important figure of the twentieth century.

Darlow and Bray approach the life of Abdul Aziz from two perspectives—first, the internal challenge of molding a country out of the competing families and tribes of the vast Arabian Peninsula; and, second, the external challenge of balancing the outside forces exercising their power in a weak, poverty-stricken and isolated region. Surmounting both, Abdul Aziz secured his kingdom, but his heirs still face the challenges of unity and governance as well as of the world beyond their wealthy desert kingdom.

The Najd, the heart of the Arabian Peninsula, is an ancient land. For centuries, it was starved for resources, which threatened the survival of even the fittest. Individuals found their security not in government but within their families and tribes. After the seventh century CE, religion, while failing to provide security, established a moral and legal system embraced by most.

Islam came out of Mecca, a town that sat at the juncture of two important trade routes. One ran south to north from Yemen into Syria, while the other extended east to west across the Arabian Peninsula, from the Red Sea to the Persian Gulf. There, the Prophet Muhammad called those outside the elite to social justice, compassion and community in the name of Allah, the one true god. Thirteen centuries later, Abdul Aziz would issue the same call.

Yet Abdul Aziz’s story is more the story of his family than of religion. At some point in the late fifteenth century, his ancestors moved from the western coast of the Persian Gulf to Diriyah, an oasis within a wadi not far from today’s Riyadh. Acquiring wells and date gardens as well as engaging in small trade and finance, they prospered. Gaining in stature, they acquired a distinguished family name—Al Saud. In 1745, the emir, Muhammad Ibn Saud, the reigning head of the family, joined his interests with Muhammad Ibn Abd al-Wahhab, a wandering theologian crying out against the degeneration of the social order due to deviation from the fundamental doctrines laid down by the Prophet. By the 1790s, Muhammad Ibn Saud, campaigning under the absolute dictates of Wahhabism, controlled most of the Arabian Peninsula. In 1803, he and his religious warriors took Mecca, the holiest site in Islam. But soon they were ejected by the Ottomans.

The empire of the Al Sauds reached its apogee in 1810, when their Wahhabi warriors once again held Mecca, took control of much of the western coast of the Persian Gulf, advanced deep into Yemen, and marched toward the gates of Baghdad and Damascus. By 1815, the Ottomans had once again torn their empire apart. They took the leader of the Al Sauds to Istanbul, where he was publicly beheaded and his body thrown into the Bosphorus. In 1846, his son, Faisal Ibn Turki al-Saud, resurrected the empire. It collapsed in phases between 1871 and 1876, as Faisal’s four sons fought each other over the right to lead. These two periods—one of empire, one of disintegration—shaped the vision of Abdul Aziz Ibn Saud.

ABDUL AZIZ was born in Riyadh in 1880 amid the bloodletting among his uncles. Following the death or exile of his older brother, Abdul Aziz’s father, Abd Rahman, emerged as the head of the Al Saud family. But he could not hold on. In the dark of night in 1891, Abd Rahman put ten-year-old Abdul Aziz in a bag slung over the back of a camel and fled Riyadh to escape a coming attack by the Rashids, a rival family allied with the Shammar tribe of the northern peninsula. (To add to the name confusion, under the style now used by his successors, Abdul Aziz would be Abdul Aziz Ibn Abd Rahman al-Saud.)

The family eventually settled in Kuwait, the sheikhdom on the Persian Gulf under the protection of Britain. Yet Abdul Aziz spent his adolescence with the nomadic Al Murra tribe that lived in and around the Rub’al Khali, the forbidding Empty Quarter. Riding and raiding with the Al Murra, he internalized the bedouin life, learning its strengths and weaknesses, codes of conduct, skills, tactics and attitudes. He also learned from the Al Murra how a bedouin leader without money could exercise his authority by presiding over a well-ordered tribal community.

By 1896, Abdul Aziz had come out of the desert to sit at the feet of Mubarak, the sheikh of Kuwait. As part of Mubarak’s campaign against the Rashids, Abdul Aziz in 1902 seized his family’s ancestral capital of Riyadh and established himself in the small walled town in the heart of the Najd. The young Abdul Aziz’s authority stemmed in part from his stature. At six feet four inches tall, he stood a foot above those he sought to lead. Beyond size, he radiated genuine charisma, pulling people to him like a magnetic force. Bundling it all in the theology of the Wahhabis underwrote his legitimacy. Calling the religious leaders together, he announced:

You owe nothing to me. I am like you, one of you. But I am appointed to direct the affairs of our people in accordance with the book of Allah. Our first duty is to Allah and those who teach the Book of Allah, the Ulema. I am but an instrument of command in their hand. Obedience to God means obedience to them.

As Abdul Aziz extended his territory northward toward Qasim, the challenge of bringing followers to his flag became more difficult in an atmosphere of competing tribal loyalties. Employing Islam, Abdul Aziz used religious conquests to secure his political conquests. Religious scholars and the mutawwa, the zealous enforcers of Wahhabism, proselytized Wahhabi theology and rituals in preparation for Abdul Aziz’s claim to political authority. In return for their service, he put the ulema and the mutawwa on salary and recognized their absolute authority in all religious matters. The religious leaders, in turn, acknowledged his absolute discretion in political matters. Little has changed since then.

Nevertheless, tribal politics remained the essential element in rebuilding the empire of the Al Sauds. When not fighting wars, Abdul Aziz toured the far-flung parts of his growing domain. Traveling with his treasury stowed in a tin trunk, he delivered gifts, moderated disputes and fed his subjects, all acts that rendered his authority tangible. Still, between 1908 and 1910, tribal revolts broke out in his northern territories. Upon losing a battle to Abdul Aziz, his rebelling subjects expected vengeance. Instead, he gathered his opponents and addressed them as beloved subjects who had strayed. He promised that so long as they remained loyal to him, he would ensure they would be protected and live in peace. He frequently took wives from among the virgins of the tribes. After the wedding night, he usually sent the bride and everyone else back to their families and villages to recount what they had seen of his justice.

During the first decade of his rule over Riyadh, there was another force at work in the Najd. A group of roughly fifty men from the Mutair and Harb tribes, two of the noblest bedouin tribes, established an agricultural community based on a communal life and strict adherence to the teachings of Muhammad Ibn Abd al-Wahhab. They became the “Ikhwan,” or “the brethren.”

Abdul Aziz quickly recognized the potential of the Ikhwan as an element of stability. Communities of settled farmers could be expected to put a much higher value on stability than nomadic bedouins eking out an existence by wandering the desert and raiding rival tribes. Thus, he began making grants of money, seed, equipment and building materials to new Ikhwan settlements. He also paid for additional preachers and religious instructors. But just as Abdul Aziz provided for them, he expected them to reciprocate by supplying him with conscripts for his territorial battles. In October 1924, components of the Ikhwan, without direction from Riyadh, claimed Mecca for Abdul Aziz. But soon the Ikhwan became a force unto itself. In the Hejaz, the zealots harassed pilgrims making the hajj whose behavior and customs didn’t comport with Wahhabi practices. In the East, Ikhwan raiding parties charged over the borders of Iraq and Kuwait, disrupting Abdul Aziz’s relations with regional powers.

Pullquote: At six feet four inches tall, he stood a foot above those he sought to lead. Beyond size, he radiated genuine charisma, pulling people to him like a magnetic force.Image: 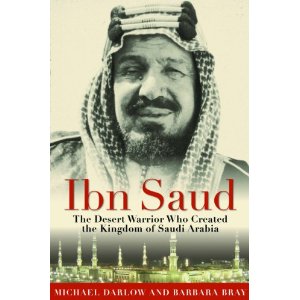