WHEN FREDRIK Logevall published Choosing War in 1999, he joined the ranks of historians and journalists who have contributed essential books about America’s war in Indochina. Although many writers had covered the years from 1963–1965, Logevall’s approach was distinguished by his wide lens, revealing the war’s repercussions in foreign capitals beyond Washington and Hanoi—in London, Tokyo and Ottawa.

Now, with his huge and engrossing new study, Logevall surveys the less familiar ground of France’s attempt to assert control over its colonies in Indochina after World War II. Again, he writes with an ambitious sweep and an instinct for pertinent detail, and his facility in French allows him to include material seldom available from previous histories in English. If Logevall’s earlier work stood up well in a crowded field, Embers of War stands alone.

The John S. Knight Professor of International Relations at Cornell University, Logevall was born in Stockholm in 1963. He received his bachelor’s degree from Canada’s Simon Fraser University in 1986—eleven years after the collapse of the U.S. effort in South Vietnam—and a PhD from Yale in 1993. As a result, he brings to the subject a detachment that shields him from the surly revisionism of a few younger American-born academics.

These days, any history of Vietnam, no matter how scholarly and objective, will be read for what it teaches us now, a point seen in the title of Gordon Goldstein’s Lessons In Disaster. If the American Century began in Los Alamos on July 16, 1945, why did it come to its end thirty years later on the roof of the Saigon embassy?

Drawing lessons from history is a different exercise from posing counterfactuals—alternatives to what actually happened and the consequences of those imagined changes. Counterfactuals are sometimes dismissed as science fiction for historians. In contrast, lessons proceed from the legitimate “why” rather than a fanciful “what if.” Logevall has acknowledged that counterfactuals can be “tantalizing” and has occasionally indulged in them in his earlier writing on Vietnam. His latest volume, however, remains solidly anchored in the facts themselves.

Although most of the twenty-seven chapters of Embers of War focus on French politics and military operations, Logevall makes a concession to American readers with a preface about John F. Kennedy’s junket to Saigon in 1951. Savvy New York editors advise launching a volume of history with a brand name, and few names from the second half of the twentieth century resonate like Kennedy’s.

Logevall recounts a two-hour discussion Kennedy had with Seymour Topping—then the Associated Press bureau chief in Saigon, later the managing editor of the New York Times—that helped convince him that French troops were unlikely to prevail against Vietnamese nationalists.

Logevall then offers a prologue with another towering American figure. He repeats the story—no less poignant for its familiarity—of the moment in June 1919 when President Woodrow Wilson denied an audience at Versailles to a young Vietnamese man calling himself Nguyen Ai Quoc.

Other writers have remarked on the Chaplinesque image of a spindly nationalist in his rented morning coat, jostling with other spokesmen from Asia and Africa as they sought to persuade Wilson that his global idealism should extend to them.

Since two hundred thousand Asians and Africans had just died fighting in Europe, the colonies could claim that the sacrifice gave them a right to be heard. But the Vietnamese manifesto brought to Versailles made modest demands: representation in the French parliament, freedom of the press and right of assembly.

Focused on the future of Germany and Austria-Hungary, the American president had neither time nor interest in those issues. And as a Virginian indifferent to Jim Crow at home, Wilson was unlikely to be moved by repression in colonies half a world away.

Logevall reminds us that one agency did take Nguyen Ai Quoc seriously. France’s Surete Generale—the bureau responsible for tracking foreign spies in the country—was apparently concerned about articles agitating for political rights, and dispatched agents to stake out his apartment in the thirteenth arrondissement and intercept his letters. In time, the Surete would update his dossier under the name Ho Chi Minh—“He Who Enlightens.”

Because Ho had spent the year of 1913 in Boston and New York, where he was appalled by America’s treatment of its black citizens, he already knew that the lofty language of the country’s Founding Fathers was not always matched by its actions. Yet for the next three decades, he would go on hoping that the United States would live up to its aspirations.

IN FRANKLIN Roosevelt, Ho seemed to find an American president who embraced his cause, and Logevall is ready to begin his first chapter with the emergence of Charles de Gaulle as France’s leader in exile during World War II. Winston Churchill grudgingly admired de Gaulle, but Roosevelt’s hostility was implacable. The Frenchman was insisting on a postwar restoration of his nation’s empire. Even before Pearl Harbor, Roosevelt had spelled out his opposition. In an address to a White House Correspondents’ Dinner, the president said: “There has never been, there isn’t now, and there never will be, any race of people on earth fit to serve as masters over their fellow men.”

During the interim between world wars, Ho and his band of Vietnamese nationalists already had decided that the communism of Vladimir Lenin was their most dependable ally in fighting for liberation. In Logevall’s summation, “They saw no contradiction between their Communism and their fervent desire to make Vietnam Vietnamese again.”

Since the United States was allied with the Soviet Union, Ho’s strategy did not trouble most officials in Washington. Ho faced a greater obstacle in Winston Churchill. After Churchill adamantly refused Roosevelt’s recommendation that Britain grant independence to India, Roosevelt dropped the subject and scaled back his vision for the future. The fate of South Asia, Logevall writes, could be set aside as “relatively unimportant in geopolitical terms.”

He argues, however, that Roosevelt never abandoned his long-range goal. When the president proposed trusteeships for the French colonies under the authority of the new United Nations, he tried to recruit China’s Chiang Kai-shek for his plan. But at their single meeting in Cairo in 1942, Roosevelt found Chiang weak and indecisive. Worse, Chiang rejected a trusteeship in favor of immediate independence.

By the time a haggard Roosevelt met with Churchill and Joseph Stalin at Yalta in February 1945, he “had begun to lose control of events,” but Logevall rejects the conclusion that “the United States abandoned her anticolonial impulses and supported a French return to Indochina.” Rather, Roosevelt was relying on his lifelong talent for indirection. He might be forced to agree that the colonial powers themselves should administer the trusteeships, but his goal remained independence.

In a chapter called “Crossroads,” Logevall offers a step-by-step description of the winding down of the war in the Pacific, with Ho watching warily as the Japanese loosened their grip on North Vietnam. At his camp at Pac Bo, Ho had relished his partnership with agents from the U.S. Office of Strategic Services.

When an OSS team led by Colonel Allison Thomas parachuted into Ho’s base, they were met by two hundred of his Viet Minh troops with a banner reading: “Welcome to Our American Friends.” Ho greeted Thomas in his serviceable English, but he was shaking badly and obviously running a high fever. An OSS medic diagnosed him with malaria and dysentery, prescribed quinine and sulfa drugs, and saved Ho’s life.

Ho’s American allies were so taken with his warmth and intelligence that they took to calling him “OSS Agent 19.” Logevall’s expansive approach to his story permits many agreeable detours, including the 1944 report from U.S. captain Charles Fenn, who had studied graphology and produced a character analysis based on Ho’s handwriting: “The essential features are simplicity, desire to make everything clear, remarkable self-control. Knows how to keep a secret. . . . Faults: diplomatic to the point of contriving. Could be moody and obstinate.”

Entirely won over by Ho, Colonel Thomas radioed to his headquarters in Kunming in South China, “Forget the Communist Bogy. Viet Minh League is not Communist. Stands for freedom and reforms against French harshness.” Ho responded by exempting the United States from his attacks on French colonialism and assuring his new friends that his country would “welcome 10 million Americans.”

was wrong, or at least incomplete. If the Viet Minh stood for independence and against French repression, its core leadership that summer also remained staunchly Communist. But Ho in particular among top strategists wore the ideology lightly, so much so that even Soviet officials questioned his Communist credentials. In Mao Zedong’s Chinese Communist Party, too, analysts wondered where the Viet Minh, should it win the right to rule a free Vietnam, would take the country.

Pullquote: In the interim between world wars, Ho and his band of Vietnamese nationalists already had decided that the communism of Vladimir Lenin was their most dependable ally in fighting for liberation.Image: 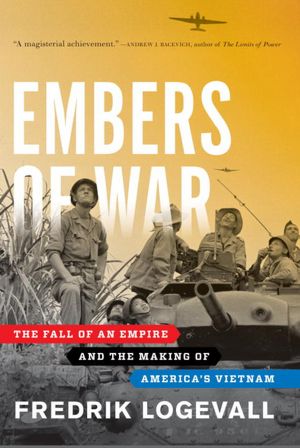