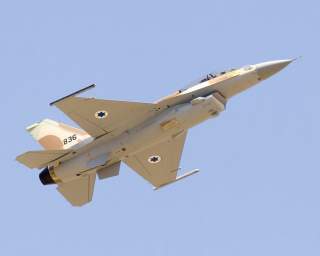 Although not a member of the P5+1 itself, Israel has always loomed large over the negotiations concerning Iran’s nuclear program. For example, in explaining French opposition to a possible nuclear deal earlier this month, French Foreign Minister Laurent Fabius stated: “The security concerns of Israel and all the countries of the region have to be taken into account.”

Part of Fabius’ concern derives from the long-held fear that Israel will launch a preventive strike against Iran to prevent it from obtaining nuclear weapons. For some, this possibility remains all too real despite the important interim agreement the P5+1 and Iran reached this weekend. For example, when asked on ABC’s This Week whether Israel would attack Iran while the interim deal is in place, William Kristol responded: “I don't think the prime minister will think he is constrained by the U.S. deciding to have a six-month deal. […] six months, one year, I mean, if they're going to break out, they're going to break out.”

Israeli prime minister Benjamin Netanyahu has done little to dispel this notion. Besides blasting the deal as a “historic mistake,” Netanyahu said Israel “is not obliged to the agreement” and warned “the regime in Iran is dedicated to destroying Israel and Israel has the right and obligation to defend itself with its own forces against every threat.”

Many dismiss this talk as bluster, however. Over at Bloomberg View, for instance, Jeffrey Goldberg argues that the nuclear deal has “boxed-in Israeli Prime Minister Benjamin Netanyahu so comprehensively that it's unimaginable Israel will strike Iran in the foreseeable future.” Eurasia Group's Cliff Kupchan similarly argued: “The chance of Israeli strikes during the period of the interim agreement drops to virtually zero.”

Although the interim deal does further reduce Israel’s propensity to attack, the truth is that the likelihood of an Israeli strike on Iran’s nuclear facilities has always been greatly exaggerated. There are at least five reasons why Israel isn’t likely to attack Iran.