​​What Comes After Crypto Winter? 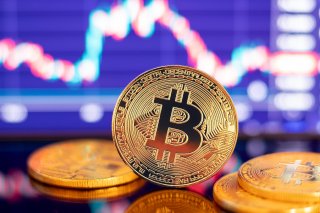 America’s founders redefined the relationship between man and state with the First Amendment of the Constitution, which prohibits the government from making any law “respecting an establishment of religion.” By separating church and state, these words ushered in a new era of democratic governance, innovation, and human flourishing.

Is the next stage in the evolution of freedom to separate money from the state?

This radical idea lies at the heart of blockchain technologies like Bitcoin. By divorcing currency from the caprice of central banks, Bitcoin and competing crypto protocols aim to disrupt the global financial system by letting people opt into their own monetary policy—rather than having unelected bureaucrats decide it for them.

In the cryptographic future, an immutable public ledger (i.e., the blockchain) takes the place of traditional accounting. By removing middlemen from financial transactions—be they banks, credit card companies, or government agencies—crypto users can more freely exchange money, preserve capital, and protect themselves against inflation. Or so the theory goes.

But to what extent is this vision of the future even feasible?

Will Bitcoin and other blockchain applications write the next chapter of democracy and digital computing? Or will they collapse under the weight of their own promises?

Moreover, how can we expect governments and legacy banks to react to a technology that ultimately seeks to displace them?

The scenarios outlined in this report will attempt to grapple with these questions and many more. The goal is to sketch the broad contours of the U.S. blockchain industry in the year 2030 by building what Peter Schwartz—one of the pioneers of scenario analysis—called “myths of the future.”

Admittedly, imagining the future of an emergent industry characterized by theory, hype, and speculation is exceedingly difficult, even more so in the depths of crypto winter. But while blockchain technology may be new, human nature is not. And by looking at the past, we can catch glimpses of the future.

Indeed, historical precedents—especially as they pertain to U.S. national security, currency regulation, and the technological developments of the twentieth century—offer a firm foundation for scenario building. So, too, do existing trends. By incorporating both into our scenario analysis, we can construct plausible but imperfect visions of the future. These visions (and the drivers behind them) will help us imagine the state of blockchain in 2030, as if “see[ing] through a glass darkly.”

In this scenario, the United States expands its global financial hegemony through the adoption of blockchain-based stablecoins.

The founding vision of Bitcoin was to make fiat currency irrelevant. But the future may portend the exact opposite: a marriage between crypto and state. By patronizing private companies to develop stablecoins—cryptocurrencies pegged to the value of the U.S. dollar—the federal government will significantly grow global participation. The reign of the petrodollar gives way to its successor: the digital dollar. Simultaneously, the rapid expansion of U.S. dollar stablecoins challenges China’s digital yuan and cements the dollar’s status as the global reserve currency for the next decade.

This scenario would be driven by three factors:

Increasing Pressure to Adopt CBDCs. Central Bank Digital Currencies (or CBDCs) are stablecoins issued by a state’s central bank. At present, there are 105 countries conducting research to evaluate the benefits of launching their own CBDCs. Cumulatively, these countries comprise 95 percent of global GDP. Most prominent among them is the People’s Republic of China, which is slated to expand the use of its digital yuan next year.

Governments can assert much greater control over their monetary policy by launching CBDCs. CBDCs allow central banks to send stimulus money directly to citizens’ digital wallets without the use of an intermediary. They also allow governments to “program” money, turning it on and off when they see fit and allowing them to tie spending to certain sectors of the economy. Furthermore, CBDCs allow governments to surveil spending habits on an unprecedented level.

America’s Political Culture and Its Aversion to Centralized Authority. For all the above reasons, authoritarian states like China are keen to adopt CBDCs while privacy-minded states like the United States have deep reservations. Indeed, America’s unique political culture makes the prospect of the U.S. Federal Reserve (the Fed) rolling out its own CBDC much more difficult. A Morning Consult poll finds that more than 80 percent of Americans are clamoring for Congress to do more to protect their online privacy. It is unlikely that this same constituency would be willing to surrender its privacy so readily to the Fed in exchange for a digital dollar.

At the same time, U.S. reticence to adopt a CBDC puts it at a disadvantage: CBDCs are expected to be much faster and easier to transact than traditional currencies, calling into question the dollar’s status as the global reserve currency if it doesn’t move to the blockchain.

Chinese Aggression toward the Petrodollar. On top of this, current trends show that the petrodollar system is not nearly as strong as it used to be—and China is intent on exploiting its weakness over the coming decade. In the wake of Russia’s invasion of Ukraine, Saudi Arabia agreed to settle energy transactions with Russia in rubles and China in yuan. Historically, these energy trades have been transacted almost exclusively in dollars as part of Saudi Arabia’s agreement to uphold the petrodollar. But the country’s commitment to the petrodollar system has grown weaker in recent years as the Kingdom has expressed its openness to selling oil for yuan in the future.

But even in spite of China’s aggressive actions, the petrodollar faces significant headwinds over the next decade, not least of which is climate change. As global temperatures rise and extreme climate events become more frequent, international organizations will put more pressure on states to wean themselves off oil. As oil itself becomes less relevant, so too will the petrodollar, again calling into question the dollar’s strength as the global reserve currency.

In addition to weighing the drivers above, it is likewise necessary to take into account the relative certainties and uncertainties that could influence the proposed scenario. Below are a few factors to consider:

In Crypto Cooperation, the state and industry share a symbiotic relationship, not unlike the close ties between Silicon Valley and Washington, DC, today. Both to varying degrees benefit from the other and see their futures as interlinked.

To be clear, Cooperation does not describe an absence of tension between the state and industry but rather a healthy management of competing interests. As an example, consider the possible path forward for a government-sanctioned digital dollar.

The unique pressures outlined above could combine to guide the federal government to a middle-way solution on stablecoins—one that lies between the Federal Reserve avoiding the crypto space altogether and developing its own CBDC.

By sponsoring (and appropriately regulating) the development of private stablecoins like U.S. Dollar Coin (USDC), the federal government can reap the benefits of having a digital dollar while avoiding the damages to privacy and freedom that would accompany the establishment of a CBDC. USDC is already the world’s fastest-growing and most-trusted stablecoin, and it has even worked closely with US government regulators in recent years.

For example, Circle—the company that issues USDC—recently collaborated with the U.S. Treasury Department and the Fed to send stablecoin funds to Venezuelan healthcare workers being oppressed by President Nicolás Maduro. If this trend continues, the Fed could sponsor and regulate select private companies to issue their own dollar-pegged stablecoins. As a historical precedent, this would be similar to the way the U.S. government has regulated utilities and railroads in the past, giving exclusive licenses to a few companies to serve the public at large.

With a well-regulated U.S. dollar stablecoin, the United States can directly compete with China’s yuan and other CBDCs without the surveillance strings attached. It is likely that foreign stablecoin users will be more inclined to use these stablecoins than digital yuan since: a) they offer greater privacy and b) they come with the security and stability already attached to the U.S. dollar. Even more importantly, the use of these stablecoins will expand the dollar economy to developing countries.

Eswar Prasad, an economist at the International Monetary Fund, has speculated as much: “It is possible that national currencies issued by their central banks, particularly currencies seen as less convenient to use or volatile in value, could be displaced by stablecoins—private cryptocurrencies issued by multinational corporations or global banks and usually backed by US dollars to maintain stability.” With high levels of global inflation being a real possibility over the next decade, citizens in developing countries can easily convert their savings to stablecoins, putting dollarization on a flywheel. The digitalization of the U.S. dollar will strengthen its standing as a global reserve currency, offsetting the negative effects of a weakening petrodollar.