‘Defund the Police’ Is a Problem. Not Prosecuting Criminals Is Worse. 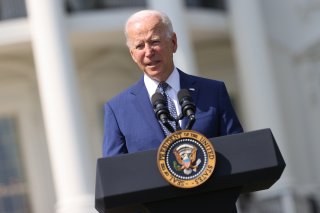 The Democratic Party has spent months retreating from its progressive incantations about defunding the police after discovering, to their surprise, that most Americans are yet fond of their unmolested person and property. Unfortunately for Democrats, Missouri Rep. Cori Bush has ruined their egress from a messaging disaster.

In an interview with CBS, Bush defended spending $70,000 on a private security detail amid her calls for eliminating the boys in blue. “So suck it up and defunding the police has to happen,” she huffed, “we need to defund the police and put that money into social safety nets.” In other words, protection for me but not for thee.

Bush’s honesty understandably caused a stir, even within the Democratic Party, because she has handed Republicans fodder for campaign messaging. But the truth is, one need not defund the police to impair their ability to fight crime.

In St. Louis, prosecutors in the office of Attorney Kim Gardner failed to appear at a series of pretrial hearings for accused murderer Brandon Campbell. Consequently, a judge dropped the murder charges against him.

The St. Louis attorney has made a name for herself as a progressive activist. Gardner doggedly pursued Mark and Patricia McCloskey after they confronted left-wing agitators outside their home with firearms. After the McCloskeys successfully argued Gardner’s personal politics had infected the proceedings, she was removed from the case. The local NBC news affiliate reported she had used the case in campaign fundraising emails before and after the charges were issued.

Gardner’s office missed multiple hearings related to the Campbell case; Gardner herself failed to respond to an email from the accused murderer’s attorney. “Kim Gardner is a poor excuse for a prosecutor,” said Brandy Veasley, one of the victim’s sisters. “It’s not fair.”

It’s not fair, but Gardner is, in fact, playing her part in the politicized legal regime. For now, police are still allowed, though certainly discouraged, from policing violent crime, especially when the suspect is a minority. But increasingly, the people they pick off the streets travel through a revolving door tended to by so-called “reform” bureaucrats like Kim Gardner.

The Law Enforcement Legal Defense Fund is one of the only organizations keeping track of prosecutorial malpractice. They found a 20 percent increase in dropped or lost felony cases nationwide and a 19 percent decline in guilty verdicts or pleas. Wherever prosecutions have declined, crime has climbed—and it’s not just blue states.

In Dallas, Texas, guilty verdicts or pleas have fallen by 30 percent, while dropped or lost cases have increased 18 percent under Dallas County District Attorney John Creuzot. As if to antagonize critics, Creuzot has openly bragged that his campaign was largely funded “through [George] Soros. And I got money through the Texas Organizing project.” Under his reign, everything from assault to auto theft has steadily risen. According to police data, there were twelve homicides and 469 aggravated assaults in March, both increasing over the previous year.

Chants of “F— the [Fraternal Order of Police]” accompanied Larry Krasner’s victory party when he won the primary to be Philadelphia District Attorney in 2017. Like Creuzot, Krasner applies a gentle hand on violent criminals, even promoting the appeal of convicted cop-killer Mumia Abu-Jama. Since Krasner took office, guilty pleas or verdicts are down, lost or dropped cases are up, and aggravated assaults by shootings have risen 18 percent.

In New York, hundreds of looters arrested last year during the George Floyd riots have had charges against them dropped by a friendly legal system. Police risked life and limb to take back the streets then; looters even ran over some officers. But all seems to be forgiven now.

Police across America find themselves between a rock and a hard place. Doing their job risks vilification, but often what good they can do is undercut by a legal system with a pathological affection for the criminal. Moreover, in major cities, police chiefs can become virtually indistinguishable from bureaucrats who are more concerned with political patronage than the safety of their officers or the community they are supposed to serve.

Democrats, in truth, are torn on the issue of defunding the police. On the one hand, they don’t necessarily want to eliminate law enforcement so much as they want to change its priorities, policing the law-abiding instead of the law-breaking. On the other hand, Bush’s comments illustrate that security increasingly appears to be a luxury for those who can afford it and those whose politics align with the zeitgeist of depravity. In either case, the breakdown of the central social and ethical standards in society which law enforcement is intended to help maintain will continue, and when the center cannot hold, nothing good follows.