The ‘Pivot to Asia’ Should Include Climate Action 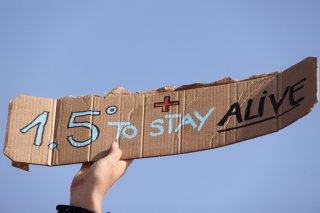 As COP27 concluded in Egypt last week, world leaders finally agreed to establish “loss and damage” funding for vulnerable countries hit by devastating natural disasters brought on by climate change. The developing world will continue to urge the United States, China, and Europe to contribute more resources to climate resilience and help steer the world away from global calamity. The most vocal leader, Prime Minister Mia Mottley of Barbados, has consistently called on the Western-led World Bank and International Monetary Fund to unlock trillions of dollars for developing countries for climate mitigation.

In addition to climate financing, the United States must also form a climate coalition of countries to help respond to natural disasters and fund global climate resilience. The United States will find willing partners in Europe and Asia in this endeavor.

As a former U.S. official in the Defense and State departments, I saw firsthand how the ICDF helped St. Lucia increase its agricultural capacity, St. Kitts & Nevis harden its IT infrastructure, and St. Vincent & the Grenadines deal with the aftermath of a volcanic eruption.

South Korea is another crucial Asian partner for climate resilience. A few months ago, I joined a professional delegation to South Korea hosted by the Center for a New American Security and learned from high-level government officials about their country’s aspirations to become a “global pivotal state.” One of the ways in which South Korea is achieving this is through the Korea International Cooperation Agency (KOICA), similar to USAID.

But all too often, U.S. officials at embassies around the world are unaware of what climate and development projects their partners are financing on the ground. This lack of coordination risks redundancy and missed opportunities to demonstrate solidarity amongst like-minded democracies for our partners in the developing world.

To solve this problem, the U.S. government should set up a working group of like-minded partner climate and disaster relief agencies, inviting allies and partners to take stock of all their projects and priorities around the globe and develop joint action plans. Just like the recent USAID-Taiwan ICDF agreement, U.S. agencies involved in global climate initiatives such as USAID and the Departments of State, Energy, and Defense should all work more closely with their Taiwanese, Korean, and Japanese counterparts—along with the EU and UK development agencies—on global climate projects. They can pool resources to fund more expensive projects and reduce redundancy. Representatives of developing nations and the UN Development Programme would lead this working group, helping to direct these agencies to the priorities and projects that will bring the most benefit to everyday people on the ground.

Working more closely with allies and partners on climate finance and disaster relief is not just goodwill; it’s a strategic imperative. China has been increasing its international influence through climate projects. Even though China is one of the world’s largest greenhouse gas emitters, the country has invested heavily in renewable energy projects worldwide. China accounts for more than 40 percent of renewable energy investment, has tripled its investment in solar energy, and announced a disaster relief fund for Caribbean countries. However, there is still no specified amount for the fund.

In this era of strategic competition, the United States can prove to the world that it is more serious about dealing with the climate crisis than China and is committed to delivering for its partners when natural disaster strikes. With the combined resources of its European and Asian partners, the United States can show that it can put its money where its mouth is regarding climate change.

Because in a global crisis like climate change, it’s always all hands on deck—from the East and the West.