10 Myths About Guns in America 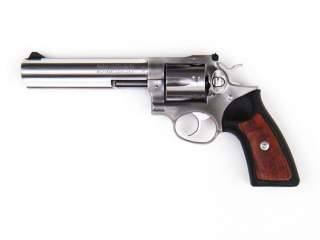 Myth No. 1: Firearm purchases at gun shows do not require a background check due to the “gun show loophole.”

Facts: When the president and others refer to the “gun show loophole,” they imply that there are no background checks being done at gun shows. As a result, much of the public has been misinformed and are led to believe that individuals who purchase firearms at gun shows are not subject to a background check.

In reality, there is no “gun show loophole.” If an individual wants to purchase a firearm from a licensed firearms retailer, which typically makes up the majority of vendors at gun shows, the individual must fill out the requisite federal firearms paperwork and undergo a National Instant Criminal Background Check System (NICS) background check.

The only firearms that are being purchased at gun shows without a background check are those being bought and sold between individuals, peer-to-peer, as opposed to buying a firearm from a gun dealer. These private sales are no different from selling a personal hunting rifle to the owner’s niece or nephew down the road. It is a private sale and no background paperwork is required. The gun is private property and the sale is made like a sale of the family’s good silver. The one difference is that the locus of a gun show is being used to make the private sale.

Under current law, an individual is permitted to occasionally sell part, or all, of their personal firearms collection. These private sellers, however, cannot be “engaged in the business” of selling firearms. “Engaged in the business” means they can’t repeatedly sell firearms with the principal objective of earning funds to support themselves. Some of the individuals who wish to sell a portion, or all, of their personal firearms collection do so at the show and might display their wares on a table. These “private table sales,” however, are private, peer-to-peer, sales and, therefore, do not require a background check. The president cannot change criminal statutes governing requirements for which sellers must conduct background checks. His new actions don’t do so and don’t claim to do so.

In a peer-to-peer, private firearms transaction, it is already illegal to sell a firearm to another individual if the seller “knows or has reasonable cause to believe” that the buyer meets any of the prohibited categories for possession of a firearm (felon, fugitive, illegal alien, etc).

Myth No. 2: Gun shows lack any law enforcement presence and are a free-for-all for felons and other prohibited individuals to obtain firearms.

Fact: Local, state, and federal law enforcement are often present both in uniform and/or covertly in plain clothes to monitor and intervene in suspected unlawful firearms sales such as straw purchasing, purchases made by prohibited individuals, including non-residents, and the attempted sale of any illegal firearms.

Myth No. 3: Individuals who purchase firearms on the Internet are not subject to background checks.

Facts: An individual cannot purchase a firearm directly from a firearms retailer over the Internet and have that firearm shipped to them directly. An individual can pay for the firearm over the Internet at websites and online sporting goods retailers. The firearm, however, must be picked up from a federal firearms licensee, such as a gun store. In many cases, this is the brick-and-mortar store associated with the website where the gun purchase was made. Once at the retail store, the Internet purchaser must then fill out the requisite forms, including ATF Form 4473, which initiates the NICS background check process. Thus, an Internet purchase of a firearm from a firearms retailer require a background check.

Individuals, from the same state, are able to advertise and purchase firearms from one another and use the Internet to facilitate the transaction. It is unlawful, under current law, to sell or transfer a firearm to an individual who is out-of-state. Any Internet sale, even between individuals, that crosses state lines would have to utilize a federal firearms licensee, such as a gun store, and the purchaser would be required to fill out the requisite state and federal paperwork and would undergo a background check.

Facts: With few exceptions, Obama’s executive action on firearms is nothing more than rhetoric regarding the status quo. Many senators have long argued for better and more robust enforcement of existing laws that prohibit criminals from owning guns.

Myth No. 5: The Obama administration has made firearms enforcement a priority.

Facts: The Obama administration has used its limited criminal enforcement resources to focus on clemency for convicted and imprisoned felons, the investigation of police departments, and on civil rights cases. The latter two categories represent important work, but the Department of Justice lost track of one of its core missions of enforcing criminal law: prosecuting violent criminals, including gun criminals.

The Obama administration is only now making firearms enforcement a priority. Clearly, enforcing the gun laws is a new initiative, or one of the president’s actions would not have been informing all of the ninety-three U.S. attorneys about it.

Myth No. 6: Mental health has nothing to do with gun control.

Facts: People with certain levels of mental illness are not permitted to own guns. Many of the recent mass killings were committed by mentally ill individuals. One of the keys to preventing further mass shootings and violence committed with firearms is addressing the issue of mental health.

Background checks to prevent the mentally ill from obtaining guns can only work if states provide mental health records to the NICS system. Too many states have failed to do so. Many of the worst offenders are states with the most stringent gun control laws. For multiple years now, many members of Congress have repeatedly called for and introduced legislation that would provide incentives for states to submit their mental health records for inclusion in the NICS database.

Facts: The president’s executive action regarding firearms is focused primarily on individuals who attempt to purchase firearms through the background check process.

My legislation, Senate Amendment 725, was specifically designed to combat the straw purchasing of firearms as well as firearms traffickers who transfer firearms to prohibited individuals and out-of-state residents.

Myth No. 8: There is a general consensus in America that greater gun control is needed to prevent mass shootings in the United States.

Facts: Despite the president’s statement to the contrary, polls have shown that the majority of Americans do not believe that stricter gun control would reduce the number of mass shootings in the United States.

The American public does not believe that making it harder for law abiding Americans to obtain guns makes America safer. In fact, polls have shown that a majority of Americans thinks the United States would be safer if there were more individuals licensed and trained to carry concealed weapons. A majority opposes re-imposition of the “assault weapons” ban.

Myth No. 9: “The terrorist ‘no-fly’ list is a proper mechanism to bar Americans from purchasing firearms.”—President Obama, Jan. 5.

Fact: The no-fly list is actually multiple lists, which are generated in secret and controlled by executive branch bureaucrats.  The Second Amendment right to bear arms has been determined by the U.S. Supreme Court to be a fundamental right. This puts the right to bear arms in our most closely guarded rights similar to the right to free speech and freedom of religion. It is unconstitutional to deprive an American citizen of their Second Amendment right without notice and an opportunity to be heard.

Myth No. 10: “Gun retailers need to step up and refuse to sell semi-automatic weapons.”—President Obama, Jan. 5.

Chuck Grassley is a Republican senator from Iowa and serves as chairman of the Senate Judiciary Committee. This article first appeared on the Daily Signal.