A 10-Step Plan to Save America's Immigration System 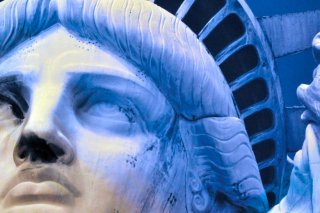 The president’s program shreds the rule of law and encourages even more illegal immigration. Moreover, Mr. Obama is abandoning his oath of office to “take care that the laws be faithfully executed.” His own words condemn his actions: On at least a dozen occasions over the last six years, he has unequivocally denied having the constitutional power to do what he just announced he will do.

As a counter to the president’s lawless, administrative amnesty for as many as 5 million illegal immigrants, the Heritage Foundation recently outlined a far different approach: a 10-step checklist for what the executive branch should do to repair and revitalize America’s immigration system.

Item one on the checklist: rescind those instruments of executive policy making that directly contradict the stated goals, spirit and letter of our laws. Over the last six years, the administration has issued various policy memoranda that ignore the law of the land. Most notable, until last night, were the Morton memos and DACA (the Dreamers amnesty). All three initiatives are grounded on the idea that the administration can use its “prosecutorial discretion” to explicitly designate large groups of unlawful immigrants as protected from deportation. When exercised on a case-by-case basis, prosecutorial discretion is an important tool for advancing justice in murky and complex criminal situations. But it was never meant to be applied on a wholesale basis, riding roughshod over the law to exempt millions from the consequences of their deliberate, voluntary, illegal actions.

The second policy recommendation is to stop pressuring immigration officials to not enforce the law and to end the procedural gimmicks that allow illegal immigrants to stay in the United States. Right now our immigration officers are in a tough spot: They have sworn an oath to enforce the law, but their official orders and unofficial pressures from their president, secretary and directors are to not enforce those laws.

One example of this is the way DACA applications are processed. When the Department of Homeland Security (DHS) was assigned this responsibility, it was supposed to conduct background checks on all DACA applicants.

Well, that’s really a hassle, so the agency moved to a “lean and lite” system of background checks—and totally waived the requirement to provide identification documents. This was supposedly necessary to handle the crush of fewer than a million applications. It doesn’t take a genius to see that meaningful security screening and verification will be reduced even further when this program has to cope with a caseload of some five million people.

Fourth, the administration should use the judicial and administrative tools already available to efficiently deport unlawful immigrants. Right now, unlawful immigrants who get caught are often released, and many never show up for their court hearings. The DOJ reported a 26 percent absentia rate in 2013. To prevent these individuals from absconding, the president should insist that, when caught, illegal immigrants be detained or at least monitored more closely (think: GPS trackers) until their court dates arrive. The president also should expand the use of “expedited removals” and take additional steps to streamline and unclog the immigration court system.

Fifth, the United States needs to step up enforcement against businesses that blithely use unauthorized labor. The 1986 amnesty was passed with a promise of not just tighter border security, but also a firm workplace enforcement regimen. Neither ever happened. The United States needs to use its workplace enforcement tools more broadly: improving E-Verify, expanding I-9 audits and workplace raids and actually penalizing both illegal immigrants and those who employ them. The Social Security administration should also be called in to help by targeting clear cases of Social Security numbers being used fraudulently for employment purposes.

Sixth, the United States must remain committed to engaging with international partners and focusing on citizen security and democratic governance in the Western Hemisphere. High levels of crime and corruption elsewhere in the Western Hemisphere help “push” people to come to the United States illegally. The administration should work more closely with Mexico and Central American governments on security issues. Existing initiatives, such as the Central American Regional Security Initiative, need to be revamped and better focused on meaningful outcomes, learning from earlier security programs in Columbia. While security is the primary focus, countering corruption and promoting economic freedom should also be pursued. Just handing out development money won’t cut it—indeed, it often feeds the corruption.

Seventh, the DHS must improve its ability to handle immigration cases. Its technology and support systems still need to be brought into the twenty-first century. After spending almost $1 billion to make its services available online, only two out of 100 visa forms could be filled out online and only one fee out of dozens could be paid. U.S. Citizenship and Immigration Services (USCIS)  must also do more to counter fraud. Numerous reports have revealed that the agency is highly susceptible to fraud, yet former USCIS fraud officials have testified that the agency is not engaging in any widespread fraud research. This is the one area where President Obama’s action may have gotten something right, but it is too early to tell.

Eighth, the administration should report the truth when it comes to immigration statistics. Yes, the administration has “removed” more individuals than ever before, but this is a misleading statistic. These numbers have been boosted by increasing removals at the border. Meanwhile, the “old school” removals—of individuals apprehended in the interior of the country—continue to fall. Furthermore, “returns,” which the average American would consider as deportations, have fallen to the lowest level since 1967, but are not counted in the administration’s rhetoric. Total deportations (removals plus returns) are at their lowest level since 1973, and interior enforcement is in free fall.

Ninth, the administration must support the role that states play in enforcing immigration law. Around 1 million state and local law-enforcement officers are spread across the United States. They represent a powerful force multiplier the federal government could use to battle illegal immigration. Instead, the administration has sought to cut and restrict the 287(g) program, which allows state and local peace officers to be trained to enforce federal immigration law.

Last night, President Obama also announced the cancellation of the Secure Communities program that has state and local governments help identify illegal immigrants who are arrested for a crime and then hold those illegal immigrants until federal immigration officials arrive. Indeed, the administration has sued states when they pass laws aimed at combating illegal immigration. At the same time, it turns a blind eye to states that enact sanctuary policies, also often in direct contradiction of federal law.

These ten steps are what meaningful and positive executive action on immigration looks like. President Obama went in the opposite direction last night, but this is far from over. Congress can and should act to stop this abuse of power through its power of the purse. A future president can then rescind such action.

As President Obama moves forward with his harmful executive amnesty, Congress and conservative candidates for president should adopt the above ideas as a clear alternative on immigration—an alternative that upholds the rule of law, respects the role of Congress and actually improves our immigration system.

A research associate at The Heritage Foundation, David Inserra specializes in homeland security and cybersecurity issues.