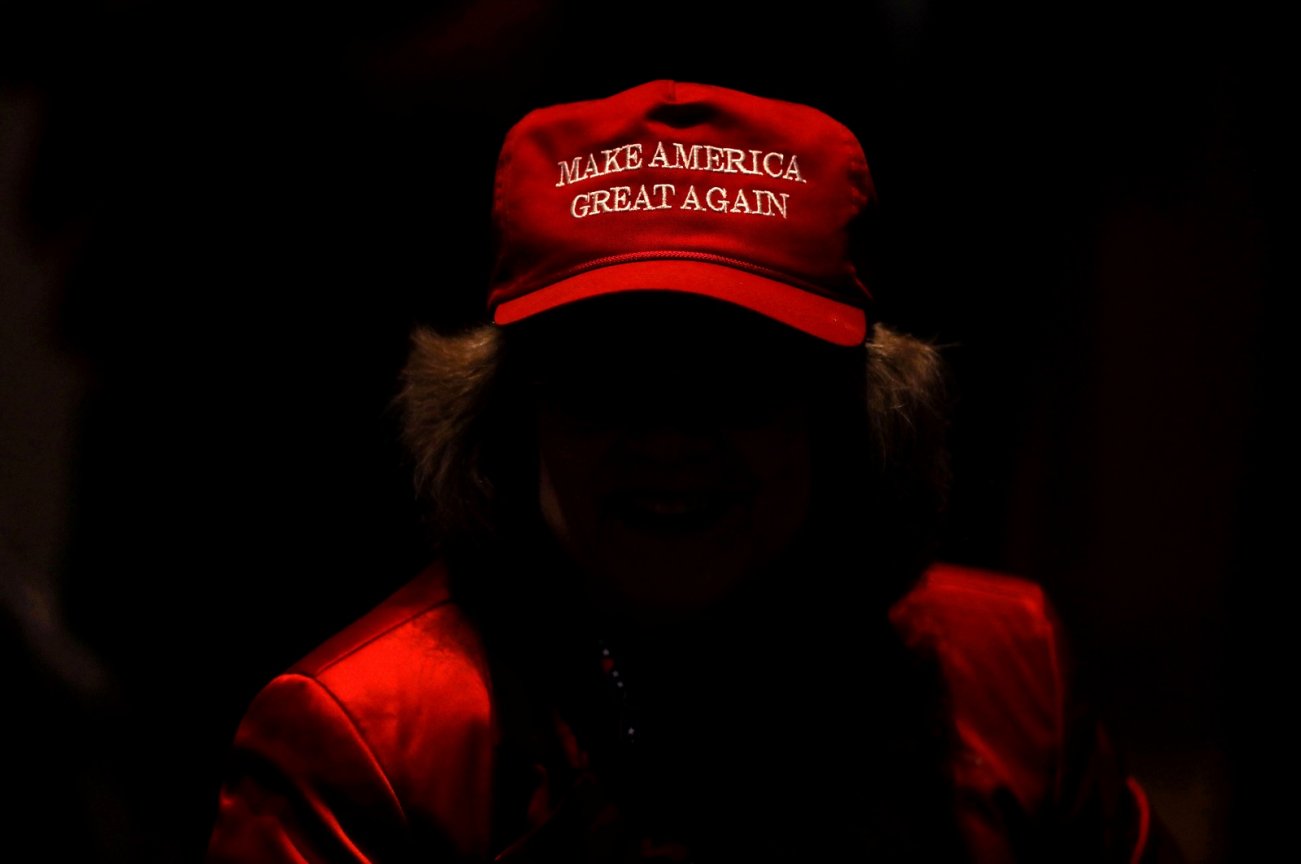 The controversy and turbulence that follow Donald Trump wherever he goes are likely to be ramped up to an even higher pitch in 2019. The president and the nation are sailing into storm-tossed seas at home and abroad.

With his provocative advocacy and novel mix of issues and positions, the New York billionaire created a new fault line of politics—between the nation’s establishment elites, congregated largely along the coasts, and its heartland middle classes and working classes. The elites are largely globalists who despise American nationalism and the border stringency that comes with it. They favor free trade, multilateral arrangements and institutions, and a definition of America that is reduced largely to its governmental creed, which they view as universal and applicable to all peoples everywhere. Hence their activist foreign-policy views.

Nearly all this is rejected by Trump’s constituency, made up of nationalists who view border security as crucial to nationhood; who think free trade devastated industrial America; who believe that American blood should be spilled only for vital national interests; and who revere America’s traditional cultural definition. Trump engineered a devastating defeat of the elites when he captured the presidency in 2016.

Now the elites are striking back, and Trump is on the defensive. What’s more, an inherently unstable global system could begin to unravel in serious ways, posing major challenges to America and its president. What follows is a rundown on likely developments in several areas of significance to the president and the country.

The Democratic capture of the House of Representatives means that Trump will be subjected to multiple congressional investigations. Rep. Jerry Nadler, chairman of the Judiciary Committee, will go after various Trump actions, likely in impeachment hearings, seen as possible obstruction of justice in the Russia-collusion investigation. Rep. Richard Neal of the Ways and Means Committee will pursue the president’s tax history. Elijah Cummings of the Committee on Oversight will probe any number of alleged scandals. And Rep. Adam Schiff of the Intelligence Committee will scurry after details of the Russia story.

“This will be hell,” writes Karl Rove. Trump will be tied down, like Gulliver by the Lilliputians, through multiple demands for testimony and documents. For the president, it will be politically debilitating, keeping before the public allegations of administration wrongdoing and possibly Trump wrongdoing, irrespective of the ultimate facts involved or their significance. It will be nearly impossible for the president to avoid a seepage of support—and perhaps a serious seepage depending on what is uncovered.

There is a danger to the Republic in all this. William Barr, Trump’s nominee for attorney general, has warned against criminalizing presidential actions that fall under a president’s constitutional authority. He wrote: “If a [Department of Justice] investigation is going to take down a democratically-elected president, it is imperative to the health of our national cohesion that any claim of wrongdoing is solidly based on evidence of a real crime—not a debatable one.” The likelihood is real that opposition Democrats, in pursuing Trump and perhaps putting him in the impeachment dock, will rush into legal thickets that will be highly debatable and will thus slice up the body politic.

The loss of the House will put a clamp on the president’s ability to get through Congress any major elements of his legislative agenda. Because American politics today resides upon a knife’s edge of political parity, with the balance of power constantly up for grabs, Trump will not be able to muster any political pressure from the electorate to induce opposition Democrats to play ball. Ronald Reagan could do that in the early 1980s on fiscal issues because he held a commanding mandate from the American people. Trump enjoys no such mandate.

He could adopt President Barack Obama’s tack when hostile congressional Republicans thwarted his agenda and the president declared he would pursue policy change through executive prerogative. “I’ve got a pen, and I’ve got a phone,” he said, then proceeded to issue highly controversial executive orders on gun control, immigration, climate change, the minimum wage, and other issues. But such executive actions often raise nettlesome constitutional questions (as they did in some instances with Obama) that mire the president in controversy. Besides, seldom are such actions seen by the electorate as major policy achievements. They are not durable, subject to summary reversal by the next president (as Trump did with much of Obama’s executive legacy).

Another factor is Trump’s own political temperament. In victory he gloats in unbecoming ways, while in adversity he turns peevish and erratic. Thus, he could add to his own difficulties. As the Wall Street Journal wrote recently, “Democrats are arming to rout Mr. Trump from first day to last, and they are hoping the President will help them with . . . self-harming public gestures.” The paper added that even small victories will require the president to “unite Republicans behind him and make the public case with discipline and consistency.”  It suggested this would be “all but impossible for Mr. Trump.”

Trump’s bullying temperament may also have been a factor in the decision of the Federal Reserve to continue raising interest rates at least twice in 2019. Perhaps that is a wise policy, but the financial markets don’t seem to think so. As the Wall Street Journal put it, the markets, responding to Fed Chairman Jerome Powell’s blithe description of current economic conditions, “barked right back that the Fed doesn’t appreciate the current signs of financial stress that could become economic trouble in 2019.”

A question hovers over this drama: to what extent is the Fed motivated by a felt political need to resist succumbing to pressure from Trump via numerous agitated Tweets urging the Fed to ease up? We can’t know, but an understanding of human nature, as well as the importance of perception in politics, would suggest an answer.

Meanwhile, today’s market volatility is trying to tell us something, and it could be that investors are seeing red flags aplenty, manifest in a confluence of factors. These include an inflation rate persistently below the Fed’s 2 percent target, a pronounced slowdown in global economic growth, estimates of a decline in U.S. growth next year from this year’s anticipated 3 percent to 3.5 percent, and Trump’s own aggressive trade policies in pursuit of trade “reciprocity.” If we add to this the Fed’s stated intention to raise interest rates further and to continue its current pace of balance sheet reduction (known as “quantitative tightening,” a reversal of its famous “quantitative easing” that began at the height of the last economic crisis), it becomes clear that prospects for some economic difficulty next year could be on the rise.

There isn’t much Trump can do about this. Arguably, his 2017 tax reductions and regulatory loosening contributed significantly to this year’s robust growth, which looks poised to exceed anything seen over the past decade by a fair margin. But any Trump effort to stimulate the economy through congressional action is likely to run into a buzz saw of Democratic opposition. Perhaps the global economic situation will sort itself out, with salutary results for U.S. growth and Trump’s political standing. On the other hand, perhaps not.

The current global situation is inherently unstable. U.S. tensions with three major powers—China, Russia, and Iran—are at a fevered pitch. The North Korean nuclear threat continues, and prospects for any kind of negotiated settlement remain slim. European political stability is on the wane, and rising nationalist sentiments threaten to inject chaos into the EU project. The geopolitical fires of the Middle East continue to burn, particularly in Syria, Yemen, and Libya, while Saudi Arabia seems increasingly out of control.

It’s impossible to predict how Trump will respond to any of this. He campaigned as a “realist” foreign-policy thinker, contemptuous of previous Mideast wars. But now his bellicosity toward Iran increases prospects of U.S. involvement in yet another Mideast war. He said he wanted to end the Afghan involvement but succumbed to military and intelligence officials who urged a troop increase. He said he wanted better U.S. relations with Russia but has taken steps to increase tensions between the two countries (even allowing for the inhibiting factor of the so-called Russiagate investigation), such as sending offensive weapons to Ukraine and bolstering anti-Russian sanctions.

But Trump’s decision to withdraw some two thousand U.S. troops from Syria and hints of a major Afghan troop withdrawal may signal a new mode of thinking on the part of the president. These actions seem to have been taken by the president largely alone, in the face of considerable opposition from aides. In the case of the Syrian withdrawal, a number of considerations appear to have been decisive—that our relations with Turkey are more important than our alliance with Kurdish combatants in eastern Syria, whom Turkey views as terrorists; that the American people lack the stomach for curbing Iranian adventurism in the region, given prospects for military escalation; that Turkey can do the job just fine as a kind of balancing force; that U.S. troops aren’t needed to end the last vestiges of the ISIS Islamist threat because Russia and Syria can do the job.