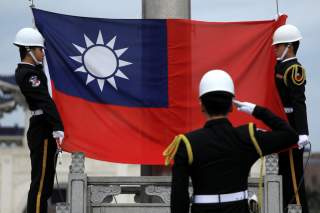 President Trump signed the Taiwan Travel Act on March 17, 2018, seven hours before the act automatically became law. If President Trump plans to meet Kim Jong-un in this May, then we believe that there are three major reasons that may motivate President Trump to visit Taiwan on his way to North Korea.

Despite its unilateral military involvement in the Middle East after 9/11, the United States tends to seek for multilateral settlement of regional crisis like the nuclear proliferation in North Korea. The multiple rounds of six-party talks, however, have proven to be a failure in stopping the mischievous North Korean leadership from continuing its nuclear buildup when no party could impose effective sanctions. With its gradual military withdrawal from the Middle East, the United States has managed to regain its hegemonic political/military presence in Asia. From the “hedging” policy by George W. Bush to the “rebalancing” strategy during the Obama administration, there is a major strategic switch by the United States towards greater engagement in regional affairs. The frequent cruises of U.S. naval vessels in the South China Sea and the deployment of THAAD missile defense system in South Korea are a few examples embodying such a switch. If the U.S.-North Korea summit is a “Nixon in China” moment for Trump, then a visit to Taiwan would also be a demonstration of a new framework for America’s Taiwan policy unshackled from the outdated “One China” policy.

Why would a visit to Taiwan be a good move for the Trump administration? First of all, visiting Taiwan can honor the Taiwan Travel Act that both the House and Senate unanimously passed in early 2018, which states that “the United States Government should encourage visits between the United States and Taiwan at all levels.” Since the United States broke the diplomat tie with Taiwan (Republic of China) in 1979, the United States has a self-imposed restriction on the visits of high-level officials. No U.S. president has ever visited Taiwan in fifty-eight years. The Taiwan Travel Act honors the essential democratic value that leaders of the democracies can freely visit each other without intervention, as was reiterated by Rep. Ed Royce and Sen. Marco Rubio. Also, given that the new office building of the American Institute in Taiwan will open around mid-2018, it is legal and reasonable for President Trump to visit Taiwan.

Interestingly, the Taiwan Travel Act stayed in both the House and Senate for an unusually long time. It was introduced in January 2017 and spent 427 days to be passed eventually, which is the longest for all Taiwan-specific bills in nearly four decades. On average, a bill that was specifically centered around a Taiwan issue took about 131 days to be passed. When the Taiwan Relation Act was introduced in 1979, it only took forty-one days to pass—including the President Carter’s signature. Since the Taiwan Travel Act enjoyed bipartisan cosponsorship, previous studies indicate that it would have been easier to pass. We suggest that the longer waiting time indicates the importance and strategic value of the act both for the United States and Taiwan.

Second, visiting Taiwan can help reduce the trade deficit, which is crucial for the stability of the long-term economic development for both Taiwan and the United States. Taiwan is United States’ tenth largest trade partner, and the trade deficit is about 13.2 billion in 2016. Early this year, Shen Jong-chin, Taiwan’s minister of economic affairs, promised to reduce the trade deficit by consuming more energy from the United States, which is currently one of the most critical issues in Taiwan politics and business. Besides, in May 2018, Taiwan will host the U.S.-Taiwan Defense Industry Conference for the first time in sixteen years. The conference is the most vital platform for Taiwan and the United States to discuss arms sales. William Lai, the new premier of Taiwan, just announced that Taiwan would boost the defense spending by two percent each year. Thus, Trump’s visit will evidence the bilateral effort on reducing the trade deficit as well as Trump’s “America First” campaign.

Third, visiting Taiwan can reaffirm the United States’ interest to maintain the status quo of Taiwan Strait and the South China Sea. Since the Taiwanese president Ma met Xi in November 2015, his party was defeated two months later in the Taiwanese presidential election. The result reflects the concerns of Taiwanese voters who believe that the Ma-Xi meeting may influence the status quo of the Taiwan Strait. Maintaining the status quo is also the primary strategy for the newly elected Taiwanese president Tsai Ing-wen. In October 2017, Chinese president Xi emphasized their goal of unification in the 19th Communist Party Congress. After the speech, China sailed an aircraft carrier and other military ships through the Taiwan Strait. Earlier this year, the U.S. Congress passed the National Defense Authorization Act for 2018, which includes normalization of the defense services to Taiwan. Last month, a delegation from the Senate and House Armed Services Committees visited Taiwan and met with President Tsai to discuss the growing threat from China and North Korea. After Trump signed the Taiwan Travel Act, the Chinese aircraft carrier sailed across the Taiwan Strait again. After lifting term limits for president in the constitution and being reelected, Xi reaffirmed his assertive stance on China’s claim to Taiwan by warning against “any secessionist activity which is doomed to fail.” Trump’s visit in Taiwan, therefore, will be a gesture of reaffirming Taiwan’s status as one important strategic partner in the United States’ Indo-Pacific plan.

Even though Taiwanese president Tsai Ing-wen has publicly vowed to maintain the “status quo,” it is unlikely that the status quo will be maintained if several forces from different directions cannot find a balance. If Trump visits Taiwan before or after the U.S.-North Korea meeting, then he will be the first president to do so since President Eisenhower in 1960. The visit would be more than just a historic moment or symbolic gesture; it would benefit both the United States and its allies around the Pacific Rim—and help promote Trump’s “America First” policy.

Kuang-shùn Yáng is a Ph.D. student in the Department of Political Science at Arizona State University.