A 3-Step Exit Strategy for Afghanistan 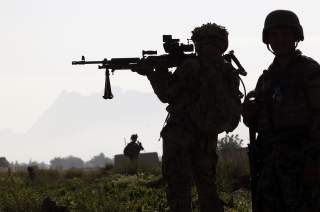 This month, the Special Inspector General for Afghan Reconstruction (SIGAR) released its 38th Quarterly Report to Congress. The news was bad. Without immediate and major changes in the administration’s Afghan strategy, Trump will merely be the third consecutive president to preside over a failed war policy.

SIGAR reported that Afghan civilian casualties were up 13 percent over the same period the previous year, and despite increased focus on counternarcotics, the area under opium cultivation was a staggering 87 percent higher than the previous year. And continuing a downward trend, the Department of Defense reports that the government only controls 56 percent of the country’s 407 districts. Insurgents control or contest the rest.

Last August, Trump unveiled his new Afghan strategy and said he recognized that, “[a]fter the extraordinary sacrifice of blood and treasure (in Afghanistan), the American people are weary of war without victory.” Yet now that Trump has been in office for a full year, the American people continue to be presented with graphic evidence the new strategy is no closer to victory than all the failed ones which preceded it. Instead, Washington promotes assessments claiming things are improving, all evidence to the contrary.

Ambassador Nikki Haley flatly stated that the “U.S. policy on Afghanistan is working,” citing as evidence that “we are closer to talks with the Taliban and the peace process than we’ve seen before. . . . And I think we really are going to work toward a peace process with the goal being that we do not want Afghanistan to be a safe haven for terrorism anymore.”

Days later, however, the Taliban demonstrated how far they are from talks when an aligned homicide bomber detonated an ambulance in a civilian section of Kabul that killed 103 and wounded almost two hundred more. Longtime Afghan analyst Thomas Ruttig presciently foresaw such an attack in an analysis published just three days before the explosion.

Lamenting that 2017 had been a “lost year” for peace talks in Afghanistan, he said there was “not much light at the end of the tunnel for 2018. A political breakthrough is not on the horizon.” Instead, he warned that “a new military escalation is already underway and this is likely to intensify.”

In response to the Kabul attack, President Trump on Monday rightly condemned the Taliban and declared that “we don’t want to talk with the Taliban.” Yet he also added the United States will have to “finish what we have to finish,” indicating Trump believes the military will ultimately provide a solution to the political problem. As should be painfully evident to even the most casual observer at this point, however, Trump’s military strategy has even less chance to succeed than the failed strategies of Presidents Bush and Obama before him.

It is well past time to acknowledge the reality that exists on the ground in Afghanistan, recognize that the U.S. military cannot solve Kabul’s political problem, and make a clean break to a strong new policy that actually has a chance to succeed. Success is not impossible in Afghanistan, but we have to start with a clear definition of what success looks like.

The objective to U.S. policy in Afghanistan must be to protect American vital national interests to the greatest degree possible. Flatly stated, no matter how many U.S. combat troops and advisors the White House deploys to Afghanistan, that objective will never be met. The government of Afghanistan is too corrupt, the Afghan security forces are inadequate, and the support Pakistan provides to insurgents renders even the most spectacular U.S. military performance akin to trying to bail the water out of a river.

To keep Americans safe, the United States should do three key things. First, conduct a phased withdrawal of its combat troops from Afghanistan over a three-year period. Second, direct its diplomatic corps to work with regional powers to assist Kabul and Islamabad in crafting a negotiated settlement with the Taliban to end the war. Third, strengthen regional intelligence, reconnaissance, and surveillance assets to identify and eliminate any specific threats to the U.S. homeland or global interests.

The United States cannot force the Kabul government to end corruption. The presence of U.S. troops on the ground in Afghanistan cannot force Pakistan to cease its support to the Taliban. Also, the U.S. military cannot kill its way out of the insurgency; to continue trying all three of these things is to guarantee continued failure. There is a solid chance, however, of defending the homeland from a terror attack—regardless of its point of origin—and in assisting those who want a negotiated end to the fighting.

For the sake of U.S. servicemembers and taxpayers, America must break free from the chains of status quo failure and adopt strategies that can succeed.