4 Myths about the Iran Sanctions 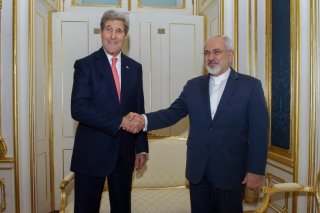 The latest sticking point in nuclear negotiations with Iran has little to do with the issues that have captivated attention in Washington—centrifuges, uranium stockpile and inspections of military sites. Instead, it has focused on the intricacies of sanctions: the Iranian delegation has demanded that a United Nations embargo on conventional weapons and ballistic missiles be lifted. While the United States rejects such a concession, the Russians have reportedly broken ranks and support Iran’s position.

The debate over the arms embargos illustrates the extraordinary complexity of sanctions against Iran. Organized by different countries with different priorities using different tools, sanctions played a key role in convincing Iran to accept initial restraints on its nuclear program and negotiate over its future. Yet, the act of surgically removing some sanctions, while leaving others intact, may prove as controversial as imposing sanctions in the first place. Just as the nuclear component of the agreement is limited by the laws of physics, the sanctions component is limited by the laws of a diverse grouping of nations, as detailed in a new report by the Belfer Center for Science and International Affairs at the Harvard Kennedy School.

Four myths in particular have persisted throughout the nuclear talks:

All sanctions against Iran will be lifted under a nuclear deal.

Not all. True, most international sanctions against Iran are specifically connected to its nuclear program, and those sanctions would be removed. But both the United States and the European Union have sanctioned Iran for other, non-nuclear reasons. For example, the United States will continue to impose sanctions against Iran for its sponsorship of terrorism and abuses of human rights. Indeed, last month the State Department issued two reports documenting Iran’s “undiminished” support for terrorism and its “cruel and prolonged torture of political opponents.”

Designation as a state sponsor of terror automatically triggers a series of sanctions, including a ban on arms exports and a denial of U.S. aid or assistance to Iran. In addition, the European Union has frozen the assets of individuals involved in Iranian human rights abuses. These will likely remain in place.

Sanctions are clearly separated between “nuclear” and “non-nuclear.”

Sanctions on ballistic missiles and conventional arms are “nuclear” sanctions.

Not exactly. The UN Security Council has passed six resolutions against Iran, all of which are linked to Iran’s nuclear program. Wrapped into those resolutions, however, are sanctions against Iran’s ballistic missile program and import and export of conventional arms—areas of concern independent of the nuclear issue. Now, Iran is demanding that these sanctions be removed because they are ostensibly under the nuclear umbrella. The United States has rejected this claim, and for good reason: the United States and our allies actively rely on these resolutions to curtail illicit Iranian activity. For example, last year Israel interdicted a cargo ship—packed full of sophisticated Iranian weapons intended for jihadists—under the authority of Resolution 1929.

In a nuclear agreement, U.S. sanctions will be permanently terminated.

Not quite. The most serious American sanctions have all been codified by Congress, meaning that only an act of Congress can repeal them. In order to fulfill a nuclear agreement, President Obama would rely on short-term, renewable presidential waivers of sanctions. While the codification of sanctions limits the president’s authority—he could not permanently terminate sanctions even if he wanted to—it also means that, if Iran cheats on an agreement, reapplying sanctions would be easy.

As members of Congress and the public prepare to evaluate a comprehensive deal, we must recall that a deal, like sanctions, is simply a tool to achieve our goal: stopping Iran verifiably and interruptibly short of a nuclear bomb.

Graham Allison is director of Harvard Kennedy School’s Belfer Center for Science and International Affairs. Gary Samore is executive director of research for the Belfer Center and former White House coordinator for Arms Control and Weapons of Mass Destruction Terrorism.