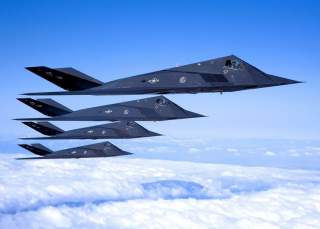 In the summer of 1990, U.S. forces began flooding into the Middle East. By the following February, they were on their way home.

The war over how to interpret the war seemed to break out before the troops had washed the sand off the tanks. Twenty-five years later, the squabbling over what history has to teach us continues.

Following the war, the Army appointed Brigadier General Bob Scales to direct the Desert Storm Special Study Group.  Its assignment: to deconstruct the liberation of Kuwait and the roll-up of Saddam Hussein’s armed forces. Scales’ assessment appeared in the book Certain Victory.  Not to be outdone, the Air Force commissioned the Gulf War Air Power Survey, a massive review edited by Tom Keaney and Eliot Cohen.

Others outside the Pentagon got into the act. Retired Colonel Harry Summers, who had written an influential analysis of the military failure in Vietnam, penned On Strategy II: A Critical Analysis of the Gulf War (1992). Unmatched in sheer volume is Anthony Cordesman’s Lessons in Modern War Vol. IV (1994).

If there was a common thread to these analyses, it was cheerleading suffused with a distinct air of triumphalism, paired with an unshakeable belief that lessons could be learned.

That’s understandable. The U.S. military had been completely refurbished after the debacle of Vietnam. The Soviet Union had just collapsed. We had to be doing something right.

To a great degree much of the credit for victory was attributed to a belief that our military and strategic institutions had become learning organizations that incorporated historical and contemporary experience and used that knowledge to improve capabilities and performance. Lesson learning was indeed all the rage in the 1980s. The Army even had a history about learning lessons learned.

The post-Gulf War learning, however, was a somewhat perverse variation of what had gone on in the 1980s. After the fall of the wall, everyone around the Pentagon was obsessed with arguing why and what kind of military America needed in a world without a Soviet threat. Lesson- learning looked more like advocacy—more telling us what we should do in the future than really explaining what happened in the past.

America continues this tradition. These days, every time shots are exchanged they are followed by new lists of lessons learned. These insights seem more like hindsight—such as Fareed Zakaria’s inane “lessons” of the Second Gulf War. Sadly, after-the-fact, “I could have told you so” lists are more about playing “gotcha” than learning.

There has to be middle ground between using history to show how smart we think we are or how stupid people with different politics are. We ought to get back to using lesson-learning to make us better at what we do.

The first Gulf War is perhaps distant enough in time now that it can be reconsidered with less of the angst or adrenaline that often clouds our assessment of current affairs. In that respect, it may offer even more useful lessons now than those America tried to learn 25 years ago—lessons that are as applicable as ever.

So what have we learned?

In 1990, many Americans were shocked that our first big post-Cold War military excursion was in the Middle East.  They should not have been. It is called the Middle East for a reason. It is in the middle of everything—a key part of the world. And, since the U.S. is a global power with global interests, we are always going to be intimately concerned about Middle East affairs. Moreover, we will always have to care about countries like Iran, Iraq, and Turkey, which are fulcrums for the region and key connectors to Europe and Asia. That’s why we worried about Saddam then; it’s why we worry about ISIS and Iran now.

The power of great powers… the fragility of certain nation-states… the ideological war between Western modernity and totalitarianism… tribalism… the Sunni-Shia divide—all play a role in driving the fate of the region. The confluence of these forces is what made putting together a Rube Goldberg alliance such a challenge and why the end of the war proved so tentative and unsatisfying. This same convergence of conflicting forces makes working in the region just as hard today.

In this part of the world, honor is power. Nobody respects or honors a loser.  The notion that making a good faith effort matters much in this part of the world (or that it affects how the world perceives American power) is just wishful thinking. After the First Gulf War, after the second U.S. invasion and after the U.S. crushed the insurgency in the Sunni Triangle, America’s stock went up.  But when America appears to be in retreat, its stock—and the respect accorded to it by both friends and foes—declines. America has to be good at fighting the wars it has to fight, not just at fighting the ones it wants.

Carl von Clausewitz declared that war is an extension of politics. After the Casablanca Conference, FDR complained to his son Elliot, “war is too political.” Gulf War I certainly didn’t disprove either of those assessments. Countries can get so wrapped up in their politics, they lose sight of the priority of effectively prosecuting the war.  In the First Gulf War, the politics favored a quick exit, but that didn’t lead to a good end. Wars that are too politically driven are just as bad as wars disconnected from their political purpose. What the United States needs in the region is a solid plan that is politically doable—but also one that will make a constructive difference.

Whether one wants to praise or deride the outcome of the First Gulf War, one thing remains true: Leaders make a massive difference in how wars come out. For all the fixation on the technology of war (like precision-guided weapons in Gulf War I or today’s armed drones), it is people who make war—and the people who lead those people make all the differences. The better the leading, the better the outcome.