5 Big Questions Congress Needs to Ask about the Iran Deal 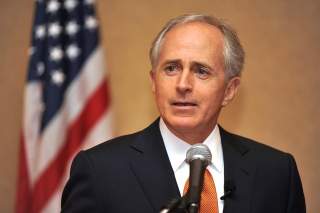 It took about twenty months, multiple deadline extensions, and hundreds upon hundreds of hours in European convention rooms and hotel rooms, but the deal is done. President Barack Obama, who addressed the nation almost immediately after the P5+1-Iran nuclear agreement was finalized and made public, was downright giddy in what his negotiating team accomplished. You could hear it in the President’s voice that he is immensely proud of how his administration conducted these multilateral talks—perhaps the most important set of negotiations the world has seen in the last two years.

“Today, because America negotiated from a position of strength and principle, we have stopped the spread of nuclear weapons in this region,” the President told the American people in a short statement in the East Room. “Because of this deal, the international community will be able to verify that the Islamic Republic of Iran will not develop a nuclear weapon.”

A lot of congressional Republicans, GOP presidential candidates, centrist Democrats, and nonproliferation experts would take issue with those words. Scanning the entire, 159-page Comprehensive Joint Plan of Action (CJPOA)—an agreement is so complicated to understand and it requires a nuclear physicist like Energy Secretary Ernest Moniz to translate—there is a lot to like in the document. The Iranians pledged to sign the Additional Protocol to the NPT, which allows IAEA nuclear inspectors to go into facilities and request information that they wouldn’t ordinarily get. Tehran’s enrichment capacity is cut by two-thirds from the present 19,000 centrifuges to slightly over 6,000. And the Iranian Government is prohibited from stockpiling more than 300 kilograms of low enriched uranium for the next 15 years.

Yet, like every agreement constructed in the history of mankind, critics in Congress will have an opportunity to harp on some questionable aspects of the CJPOA in an attempt to chip away at Democratic support. President Obama needs to keep the majority of Democratic lawmakers on his side if he is to have any chance at upholding this deal and actually putting it into effect. As Congress takes the next 60 days to review the CJPOA in full, including all of the technical annexes on uranium enrichment, research and development, and sanctions, the administration will have its work cut out for them.

Here are five big question marks that will come up during the congressional oversight hearings that will take place later this month.

What happens on enrichment after the CJPOA?

The first technical annex of the accord says nothing about what will happen after the ten, fifteen, twenty, and twenty-five-year restrictions expire. Tehran will be in breach of the agreement if it uses more than the specified 5,060 IR-1 centrifuges for the next ten years. The Iranians will also be in noncompliance and risk having the sanctions regime reinstated if they go above the 300 kilograms of low enriched uranium they are allowed to stockpile in the next fifteen years.

But once the restrictions on uranium enrichment and the cap on centrifuge production are removed after fifteen years, there doesn’t appear to be a mechanism to ensure that the infamous breakout time doesn’t close too quickly before IAEA inspectors have an idea of what’s going on.  While it is true that the IAEA will have long-term access to Iran’s nuclear facilities under the Additional Protocol, Republicans and centrist Democrats will need a better explanation from Secretary of State John Kerry and Secretary of Energy Ernest Moniz when they come to the Hill to testify. The fact that the Iranians will be allowed to get free from under some of these prohibitions after a decade and a half will rub a lot of lawmakers the wrong way.

Why Are Research and Development (R&D) caps so short?

The main text of the CJPOA reads, “Iran's long term plan includes certain agreed limitations on all uranium enrichment and uranium enrichment-related activities including certain limitations on specific...(R&D) activities for the first 8 years….” In other words, research on the next generation of high-powered, doubly fast centrifuges will start after less than a decade. Expect to see people like Chairman Bob Corker of the Senate Foreign Relations Committee bring this subject up immediately, because the faster the centrifuge machines can spin, the more uranium the Iranians can enrich and the faster they can enrich it.

What will Iran do with the sanctions relief?

Estimates of Tehran’s frozen assets are within the range of $140-$160 billion a year, depending on which experts you ask. It’s almost a given and a sure bet that Ayatollah Ali Khamenei will allocate a hefty portion of that relief to the Islamic Revolutionary Guard-Quds Force to do what it wishes, like sending more economic assistance to the faltering government of Bashar al-Assad (someone whose survival depends on how much the Iranians are willing to provide him).

To the administration’s credit, it’s difficult to see how they could have gotten the Iranians to the negotiating table—let alone struck a deal—if all of this money was not eventually released back to Tehran. But money is fungible: the administration has no way of knowing how the Iranians choose to spend it and has very few tools at their disposal to stop them from using the sanctions relief on nefarious activities. This will be a sore spot during congressional testimony, and one that skeptical Democrats can grab onto.

Why are we lifting the arms embargo?

During a hearing in front of the Senate Armed Services Committee about a week before the CJPOA was struck in Vienna, Defense Secretary Ashton Carter and Chairman of the Joint Chiefs of Staff Martin Dempsey were both adamant that lifting the arms and ballistic missile embargo was a terrible idea. In Dempsey’s words: “we should under no circumstances relieve pressure on Iran relative to ballistic missile capabilities and arms trafficking.” It is going to be awkward for Secretary Kerry to plausibly argue in front of the Foreign Relations and Foreign Affairs Committees that the administration took General Dempsey’s concerns to heart.

Administration officials will argue, as they did during a background conference call with the press, that a five-year extension of the arms embargo and an eight-year extension of the ballistic missile embargo was the best that they could hope for. Russia and China wanted both embargoes to be lifted immediately, as did Iran, so the fact that Washington was able to extend the ban on conventional weapons for another five years and eight years respectively is an accomplishment.  But the conventional arms issue wasn’t even part of the negotiations until the last minute; it’s being viewed by some Democrats like Senator Chris Coons as an Iranian attempt to throw a wrench in the works at the last minute to extract more concessions. And it appeared to work.

Why is Soleimani on the list of those who get sanctions relief?

Qassem Soleimani, the head of the IRGC-Quds Force, is responsible for the deaths of at least 500 U.S. soldiers in Iraq. He led the program to manufacture and distribute the highly lethal IEDs that punctured the armored plating of U.S. combat vehicles rolling along Iraq’s roads during 2005-2007. He has also single-handedly kept the Assad regime afloat, flying planeloads of weapons into Syria, dispatching Iranian advisers on the ground to help fight ISIL in both Syria and Iraq, and supposedly sending money to the widows of Houthi fighters. Yet Soleimani technically gets sanctions relief once the IAEA certifies Iran is complying by the terms of the nuclear agreement.

People like John McCain, Lindsey Graham, Tom Cotton, and Robert Menendez are going to go ballistic on this point, and the administration is going to have a very difficult time trying to convince them that this was one of those unavoidable, tough choices to get an agreement across the finish line. Soleimani will still be hit with a raft of terrorism and Syria-related sanctions, but the lifting of any sanction on this man—however minor—is at the very best a horrendous public relations moment for the White House.