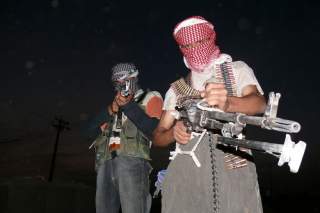 In the wake of recent deadly attacks in Paris and Copenhagen, the White House will convene a summit on Wednesday and Thursday to explore ways the United States and other nations can counter the threat of violent extremism and the vicious cycle of domestic radicalization. While radicals exist on the fringes of every religion, fears about the rise of radical Islam have become especially rampant over the years. But radicalization does not spread unless a space is provided for it to breed. While initially buoyed by money from countries such as Saudi Arabia and by Arab dissidents, radical Islam has since taken on a life of its own and has become the default ideology for a small, poisonous element of disillusioned young Muslim men around the world.

There is no single explanation for radicalization largely because different individuals arrive at radicalism through unique routes. However, indicators show growing radicalization to be the product of a number of frequent factors.

First, while the role of religion in radicalization is dangerously exaggerated, religion does indeed play a seminal role. Often, the majority of radicalized young men hail from conservative societies in which religion is deeply ingrained. Such societies have a tendency to produce people who are inward-looking. The teachings of Islam are indomitable in most Islamic societies, and people in these societies often consider the truth and finality of Islam to be self evident. Thus, people in Islamic societies often take the full teachings of Islam seriously and do not exempt foreigners from them.

In places such as Pakistan, young men undergo religious awakening in madrassas where they are convinced that they are not only struggling against segments of their society that fail to comply with Islamic teachings, but that doing so will bring them closer to God. In other cases, including those observed in Europe, young Muslim men often feel marginalized because of perceived bigotry, discrimination, and alienation. There are numerous segregated communities in Europe where many young Muslim men embrace their religion as a badge of identity and are subsequently seduced by radical groups. What is troubling, however, is that these disillusioned young men specially seek religious justifications for violent acts. However, the understanding of Islamic theology and jurisprudence among most young radicals is often wafer-thin and superficial. Most such individuals are not experts in the Qur’an or Islamic law and thus do not understand that Islam is a religion of tolerance.

Citing the Qur'an in search for the ‘true Islam’ often reveals the ideology of the individual who selected the citations than Islam itself.

Second, the passage of an individual into homegrown radicalization is typically driven by personal dissatisfaction, grievances, indignation, and a sense of adventure, all factors for radical groups to exploit. Although the reasons vary, the most visible triggers are civilian casualties caused by airstrikes or drones, displeasure with political outcomes, and disrespect to religious and cultural norms, including caricatures of Prophet Muhammad and burnings of the Qur‘an. These provocations are exploited by radical groups as a “cultural weapon” that draws on a deep cultural aversion of violations of Islamic norms. Radical groups also manipulate the shifting narratives around the real intentions of the United States in intervening in other countries. As a result, young men are drawn to radical preaching with an aspiration to take action and do something meaningful to support a righteous cause.

Third, social contacts and networks play an integral role in radicalism and in effect prop up extremist networks. The tendency of humans to follow their groups is a key factor in establishing such networks, because, in several known cases, radicals who committed attacks were either close friends or relatives. Many young men are enticed by radical circles through peers, social networks, the Internet, and other friendly settings, including places of worship. Most crucially, charismatic clerics who produce convincing speeches and sermons play a pivotal role in inspiring radicalization and are often idolized and emulated by gullible young men.

Fourth, the desire to affect societal and political change can easily enthuse radicalism. For instance, the mentality behind extremism in the Arab world is in some ways analogous to voting, because individuals who vote and turn to extremism do so despite the high opportunity cost and the relative improbability of success in affecting political change. Yet, intriguingly, individuals do vote because they want to have a say in impacting their political outcome. Extremists, likewise carry the deep desire to influence change and, at times, so feel this desire so profoundly that they are willing to die for it. Radical Islamists often engage in a rational calculus and respond to pressing geopolitical issues where young men can be seduced into adopting the role of local actors to influence outcomes.

Lastly, abject poverty and unemployment among the youth naturally makes them easy prey for radicalization. The creation of conditions that would cater to young men’s basic needs and deprive extremists of a recruiting tool might not necessarily lessen violence, but it would certainly reduce it. Reports show that many of the radicalized youth who espouse radical beliefs, often between 17 to 25 years old, are uneducated and unemployed men. In the tribal areas of Pakistan to Yemen, where the writs of central governments are absent,  young men suffer from a lack of services, opportunities, and ideas. Such situations create alienated young men who are susceptible to act on poisonous beliefs.

Needless to say, Islamic radicalism is a complex phenomenon. Its meaning and application varies from individual to individual and from organization to organization and is unconstrained by borders or a single ideology. However, understanding the drivers of radicalization is imperative because they have become prime tactics for radical groups to recruit individuals. While there is no single solution to Islamic extremism, more investment in education, economic mobility and social cohesion can play a mitigating role. Most importantly, the pushback against radical Islam has to stem from religious centers themselves. This is not to suggest there is a need for some kind of Lutheran reformation of Islam, but rather, it is important to put forward a viable counter-narrative against violent extremism. At the same time, however, the diligent work of counterterrorism and improved intelligence gathering has no substitute.

Javid Ahmad, a South Asia analyst, is a graduate student at Jackson Institute for Global Affairs at Yale University. On Twitter: @ahmadjavid.