5 Ways the Global Economy Could Slide into Another Great Depression 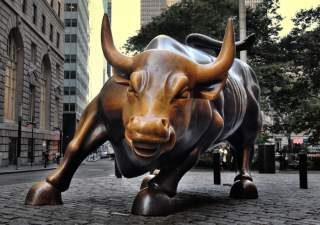 Forget the sub-prime crisis: another global depression could see millions thrown out of work, thousands of bankruptcies and severe losses in trade and financial markets that could bring the world economy to its knees.

Think it won’t happen? Here are five ways the world could enter another Great Depression:

The most shocking geopolitical event of 2016 prompted widespread fears and forecasts of imminent recession in Britain, with potentially global ramifications. The morning after the June 23 referendum, the British pound plunged to a 31-year low and $2 trillion was wiped off global sharemarkets.

Helped by a weaker currency, the British economy has since recovered some lost ground, while financial markets have recovered from their shock. However, the false sense of security that has developed in the wake of Brexit has renewed calls for a hard and fast break from the European Union for the world’s fifth-largest economy.

With no historical precedent, such a move could act as a tipping point in pushing a soft global economy over the edge.

The United States could one-up its Atlantic neighbors in the geopolitical shock stakes in the November presidential elections, where the two major party candidates can agree on at least one topic—what many feel are protectionist trade policies.

Democratic contender Hillary Clinton, who as Secretary of State in 2012 praised the pending Trans-Pacific Partnership as the “gold standard in trade agreements,” has promised to kill off the trade deal if elected. Trade between the United States and the other 11 signatories totaled $1.6 trillion in 2014, and includes high growth prospects Malaysia and Vietnam.

Republican rival Donald Trump has gone a step further, threatening to pull the nation from the World Trade Organization if it interferes with attempts to punish US companies who move production offshore.

The bipartisan rejection of a global free market by its leading instigator could push the global economy into a downwards spiral. If there is a silver lining, it is that neither candidate has a track record of adhering to their policy pledges.

The Chinese economy may be slowing down, but the IMF projects the world’s second-largest economy will still account for 1.2 percentage points of the forecast 3.1 percent global GDP growth in 2016.

By comparison, the United States, European Union and Japan are seen contributing below 0.5 percentage points between them. This illustrates the seismic consequences China’s dreaded debt-driven hard landing could have upon the global economy.

Chinese debt is accelerating at an alarming rate and now totals 250 percent of GDP, prompting comparisons with the pre-GFC US economy, and Japan’s infamous bubble. Most new debt incurred in China now funds the payment of existing obligations, rather than creating new value.

China was crucial to maintaining global growth when Japan’s bubble burst, but there is no emerging economy equipped to provide a comparable degree of support now, leaving the already frail global economy badly exposed.

Brexit was a hostile response to a growing list of British complaints with the beleaguered European Union. This sentiment is not limited to the British Isles however, with similar movements consolidating support in France and the Netherlands for exit referendums of their own.

The Syrian refugee crisis has expedited the breakdown of popular support for the single market, which was already strained by repeated bailouts of Greece and other debt-ridden member states. That issue is likely to worsen before it improves, with Greece’s most recent bailout blocked due to non-compliance with fiscal reforms, and Italian banks on the verge of collapse.

Whether the next exit is sparked by fears over terrorism or currency, the prospect for Brexit to be the first of many appears very plausible, and that scenario could lead to the dissolution of the single market. Were the borders to return to the world’s largest single trading bloc, the Eurozone states could suffer an economic downturn with global ramifications.

Emerging markets have become the flavor of the month again with international investors, as much of the developed world’s interest rates are currently extremely low or even negative. However, these yield-chasing inflows have ramped up emerging market corporate debt, which was estimated in mid-2015 to total more than $4.4 trillion.

Should the US Federal Reserve resume its interest rate hikes, the capital inflows that have propped up emerging economies could rapidly reverse, with the emerging markets seeing their currencies plunge and the value of their US-dollar debts surge.

The resulting chaos could tip many emerging economies into recession, removing a growth source for the global economy and sparking more global instability and potentially conflict.

With US data showing a bear market strikes around once every six or seven years, the prospects of a severe downturn are not as remote as they might appear.