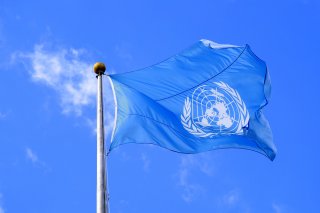 Last summer, the Trump administration was shocked when its preferred candidate for director-general of the Food and Agriculture Organization (FAO) placed a distant third—far behind China’s Qu Dongyu. Qu’s victory put Chinese nationals in charge of four of the fifteen United Nations specialized agencies. French, British, and U.S. citizens currently lead but one each.

These leadership races have become a field for great power politics, and Qu’s win in the face of U.S. opposition demonstrated that the United States would need to focus more effort and resources if it hoped to succeed in future elections.

Fast-forward nine months to March 2020 and the election for director general of the World Intellectual Property Organization. WIPO allows inventors around the world to simultaneously register and protect their innovations. Not surprisingly, China, the world’s most prominent intellectual property thief, was strongly pressuring countries to support its candidate, Wang Binying for the directorship. Putting Beijing’s candidate in charge of WIPO would have placed the confidentiality of proprietary patent information at risk.

Unlike with the FAO election, the U.S. engaged strongly at the highest levels to support Singapore’s Daren Tang in the WIPO race. The U.S. ambassador to the UN in Geneva, Andrew Bremberg, lobbied other governments tirelessly for months. Secretary of State Mike Pompeo frequently highlighted his concerns about Chinese infringement on intellectual property with foreign leaders and the business community. Assistant to the president, Peter Navarro, weighed in publicly in the Financial Times. U.S. Senators of both parties authored a letter opposing the Chinese leadership of WIPO.

U.S. officials used different lines of argument to appeal to different governments. Some resonated with the fairness argument: There are 193 UN member states, why should one country, China, lead five of the UN’s fifteen specialized agencies when there were other qualified candidates?

Another argument focused on the need to protect WIPO’s institutional reputation. The OECD reports that, in recent years, over 80 percent of counterfeit and pirated goods came from China and Hong Kong. This is troubling for those who worry Chinese leadership might undermine the institutional integrity of WIPO or cause some nations to consider alternatives to WIPO for patent registration, thereby threatening the organization’s stability.

A third argument was more basic: Why reward bad behavior? Many governments resent how Chinese companies have stolen intellectual property or bullied their companies into sharing proprietary information. They did not want to reward that kind of behavior with the leadership of WIPO.

The U.S. effort paid off on March 4, when Tang won the support of two-thirds of the WIPO Coordination Committee. While the WIPO General Assembly must still confirm him in May, this is considered more of a confirmation vote than a competitive election.

While Tang’s nomination is an excellent outcome, the United States cannot rest on its laurels. This year and next will see elections for the top position in a number of prominent international organizations. In some cases, such as the International Maritime Organization and the World Meteorological Organization, the incumbent will likely seek a second term. Barring major scandal or mismanagement, most incumbents are reelected.

In recent decades, however, leaders of international organizations have rarely served more than two terms. This means we will likely see a good number of competitive elections over the next two years.  Here are six to watch:

Leadership positions in less famous organizations and other senior positions within the UN system will likewise need to be filled by competent individuals focused on fulfilling their responsibilities faithfully without undue political pressure from their national governments.

Not all of these organizations and positions are equally important to U.S. interests, nor do all command missions or responsibilities that make then-tempting targets for international rivalries. The United States should not overreact; rather it should dedicate effort, pressure and resources appropriate to each organization and position.

Moving forward, the United States should make a concerted effort to identify important upcoming elections and appointments, consistently engage with other governments and international officials about potential candidates, and be prepared to ramp up the pressure and apply the lessons learned from the FAO and WIPO elections to bolster chances of success for qualified, independent candidates.