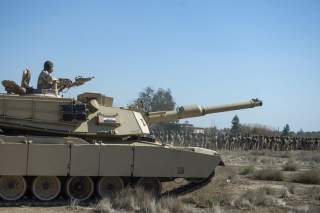 It’s hard to even imagine now, but there was a time when friends and families could wait for their loved ones right at the airport gate, hassle-free. You could enter a major sporting event without worrying about first being subjected to a veritable strip search. And the U.S. military was neither occupying nor attacking any nation, instead focusing its efforts on defending the nation against any existential threats. That’s the world that existed on September 10, 2001. What we have done to ourselves since that day is orders of magnitude worse than the harm nineteen terrorists ever thought about inflicting. A few stark examples:

• There was near-universal approval of the government response to the 9/11 attacks when the U.S. military joined with local forces in Afghanistan and routed the Taliban. Unfortunately, the unanimity of the support for military force continued without pause through the attack on Iraq in 2003. Since that time, the U.S. military has been deployed in scores of nations around the world, in nonstop deployments that have weakened their ability to respond to major threats. Nearly seven thousand service members have been killed and another fifty thousand wounded in the never-ending operations; 327,000 suffered traumatic brain disorders and three hundred thousand more suffered post-traumatic stress disorder.

• The terrorist threat to the United States prior to 9/11 was negligible and limited to a small number of terrorist organizations. Fifteen years later, however, the threat is significantly higher, and the number and capability of terror organizations that target U.S. interests have substantially increased.

• The once-hailed “Arab Spring,” in part instigated by the U.S. war to unseat dictatorial leaders in the Middle East, turned into something more akin to an Arab Slaughter. Hundreds of thousands have been killed; civil wars still rage in Libya, Syria, Iraq and Yemen; and the people are no closer to democratic freedoms than they were under the despots they overthrew.

• At home, civil liberties have been curtailed, security measures restrict freedoms, and the federal government through the National Security Agency was exposed as having spied on millions of American citizens. The character of our nation shifted, as the fallout from 9/11 included “warrantless domestic surveillance, extraordinary renditions, harsh detention and interrogation policies . . . and efforts to curtail judicial review of such matters.”

It is painfully evident that our excessive use of lethal military power to answer the biggest international challenges has had a profoundly negative impact on American national security, and been a factor in the perpetuation of numerous overseas conflicts and civil wars.

There have been many credible studies and reports that U.S. military occupations, drone strikes and special-forces operations create far more enemies than ever they took off the battlefield. A less obvious way in which the use of the U.S. military works against our interests, however, involves the arming, training and advising of various militaries across the globe.

The theory behind these operations is that by arming and training forces friendly to the United States, American global interests can be efficiently secured. In practice, however, the opposite occurs. For example, Washington claims that by supporting select rebel groups in Syria, the Islamic State can be defeated, and moderate Islamic groups will be able to reach a negotiated settlement to end the war. Yet providing any measure of military support gives the recipient incentive to avoid a negotiated settlement.

Lastly, this focus on training friendly militants, fighting counterinsurgency wars, and providing drone and fighter air support to foreign forces comes at the expense of conventional warfighting skills. There are serious security concerns in Europe with an aggressive Russia, potentially threatening NATO allies, and in the South Pacific, an increasingly assertive China is making more aerospace and maritime territorial challenges to nations allied to and friendly with the United States.

If war ever broke out in either region and American forces were required to fight a high-end, existential conflict with either superpower, it is presently no sure thing the United States would prevail. A GAO report released this week underscored this concern. The report warned of the “negative impact that more than a decade of deployments in support of counterinsurgency operations in Iraq and Afghanistan has had on the readiness of the force. . . . The high pace of operations has created challenges of the all-volunteer force in its ability to respond to current demands.”

The report further noted that the Army itself admitted “a lack of familiarity among leaders and units with the ability to conduct collective training towards core competencies because the Army focused on counterinsurgency for many years.” The ramifications of this fact are considerable.

Joint and combined military operations in a complex, conventional battle require a great deal of training, experience and synchronized operations. In both 1991 and 2003, U.S. armored forces were able to crush Saddam Hussein’s troops because they had focused almost exclusively on the requirements of conventional warfighting in the decades prior.

If the United States were required to fight a similar large-scale conflict today against a conventional foe such as Russia, China or even North Korea, a crushing victory is no longer certain. In fact, given that all these forces have focused exclusively on high-end conventional training during the past decade, while we have focused almost exclusively on low end COIN, victory itself is not assured.

American national security has unequivocally been weakened as a result of our overuse of military power to solve major problems overseas. It has contributed to global instability and an increase in terrorism and civil wars in the Middle East. And it has lowered the fighting capacity of the armed forces.

Washington must soberly acknowledge these facts and jettison the failed foreign-policy theories that advocate routine armed intervention, and instead form new, rational policies that have a chance at solving complex international problems while preserving U.S. military strength.

Fail to make these changes, and we may one day find ourselves in a major battle where victory cannot be assured.