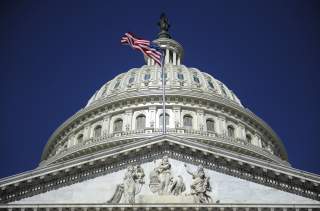 Democracies are fighting for their lives and there are nine major challenges they face. In part one of this two-part series, the first six were examined. This article covers the last three.

In 2015 the former British defense chief, Field Marshal Bramall, was having breakfast with his wife when the police without warning entered and searched or maybe raided the house as part of an investigation targeting sexual child abuse. No explanation was given. Two years later the police apologized after accepting that the search had been unjustified and should never have taken place. Several former ministers, including former Prime Minister Edward Heath, were also investigated and their names went public. It all took place because of obscure and unknown information given to the police. Yet those investigated did not get a chance to clear their names as they were not informed of the source behind the investigation.

All are equal to the law in a democracy, but all must also have a chance to defend themselves against accusations. The heavy-handed actions of the police endanger the trust in the system.

The individual, the citizen, is the weaker party of the state-citizen relationship. Therefore he/she must be protected against encroachment on citizens’ rights and abuse of power from the state.

The use of cameras provides security forces with amazing knowledge and insight into the daily lives of the people. As long as citizens are convinced that the information is used for their protection, this poses no problem for citizen-public authority relations. The surveillance and collection of data are, however, embedded with risk even if the public authority intends to stay on the path of rectitude. Information may be used later to endanger privacy and security when somebody less virtuous is in power. For instance, the Netherlands before World War II registered Jews in connection with their census. That proved to be fatal some years later when the Nazis occupied the nation and found the register made it easy for them to round up Jews for the Holocaust.

Citizens also plan according to the law. That presupposes at least three things. First, laws must be written so that an ordinary citizen with a reasonable level of education can read and understand them. Second, laws must be administered in a transparent way and according to their purpose. Third, laws should only be changed when necessary and if so, not pulling the rug from under those expecting the current law to last. In many democracies, none of these conditions are met.

Law texts nowadays are full of hard-to-understand jargon for most people. Texts not only use complicated and technical language but are open for interpretation. It is difficult to maintain trust in a political system that is not able to reach out to average citizens and make it clear what the purpose of the law is. More and more citizens have to fall back on lawyers and, in the case of taxation auditors, to make sure they are on the right side of the law. Inserting a layer of specialists between citizens and public authority means increasing the power distance as it soon becomes the specialist and not the citizen who communicates with the authorities.

The hitherto sacrosanct distribution of political power between a legislature, an executive and a judiciary branch is not so visible anymore.

Many laws confer powers to parliamentary committees to scrutinize and ultimately decide on recommendations submitted by the executive branch. In doing so doing parliaments have set up mini replicates of ministries and agencies vying with each other for executive powers.

In the United States, Supreme Court judges are nominated for life. A president may put his stamp—political and moral orientation—on the Supreme Court for decades ahead. It seems odd to read that with this or that nomination it will lean towards conservative or liberal decisions and that with this or that composition one of the members has the swing vote tipping the scale in liberal or conservative orientation. Wasn’t the Supreme Court supposed to be politically neutral?

Constitutions often give the Supreme Court the power to rule whether a law passed by parliament is or isn’t in accordance with the constitution. Legally such a procedure may seem impeccable. Looking at democracy, however, it is difficult to accept that ten, eleven, or twelve or nominated by governments over ten or twenty years can overrule decisions taken by a parliament elected by the people. It is hard to deny that the U.S. Supreme Court has turned into a political body.

The tendency to change laws is going up. This has for many years been the case for tax laws where it is understandable—to a certain degree—as the economy makes it natural to fine-tune taxation. It is, however, a problem for businesses to see rules, regulations, taxes and depreciation allowances change with often short notice and without any kind of consideration for the long-term planning necessary in business. To know for certain about these matters not only how they look now, but some time into the future is one of the most important things in running a business, and it is vital for public authorities to provide such certainty.

Several European countries continually change laws controlling immigration. Many immigrants look at the law when entering a country to plan for citizenship only to see criteria—especially how long they have stayed and worked in the host country—being changed again and again.

Continually changing laws used by citizens and business for planning is not lawmaking with retroactive effect, but comes close to be so.

Complacency is the enemy of responsibility, effectiveness and efficiency. When liberal, representative democracy won the duel with the Soviet system, politicians and civil servants lost the ardor to deliver good governance.

During the Clinton administration, the United States was the undisputed global leader; some observers labeled it a hyperpower. Its economy was flourishing. The political system worked. The rest of the world looked to America as a role model.

This was the moment for an American leader to step forward as Harry Truman did when he was president of the United States (1945–1953) to forge a post-World War II system instead of going isolationist or rest on his laurels due to the policies of a long list of his predecessors. It didn’t happen. They governed wisely and competently in the sense that no mistakes were made—at least not major ones. But no major new foreign-policy initiatives saw daylight.

The opportunity of an offer—magnanimous as President Truman’s was—to share power with the rest of world under new global rules was not grasped and probably not on the radar of the administration and the president.

The last chance to do so came with the terrorist attack Tuesday, September 11, 2001. The rest of the world didn’t hesitate to declare solidarity with the United States. All other major powers faced similar threats; some actually had suffered from terrorist attacks prior to 9/11.

The Bush administration could have sensed that a historic opportunity was at hand to shape a global coalition through the United Nations which might have gone further than fighting terrorism. It didn’t. Instead, it opted for a coalition of the willing and slowly but surely rejected overtures from other major powers. Maybe it could not have been done, but it is legitimate to criticize that it was not even tried.

The rest of the world came to look at liberal, representative democracy and, in particular, America, as arrogant and unwilling to understand that other nations interests did not necessarily need to toe the U.S. line to classify them as friends cooperating to run the global system. The United States lost in a short time span the moral leadership it had built and defended over more than fifty years.

9. No challenger took the pressure off.

While the Soviet system was challenging liberal, representative democracy it constituted a barrier against abuse of power by the ruling elite. They knew that if they went too far abusing power, the population might start to have a closer look at an alternative. The instinct to concentrate power in a few hands and allow inequality to go up was kept at bay. It is no wonder that since the of the Soviet Empire in 1991 the trajectory of falling belief in democracy and rising power distance, plus inequality, followed the same trend.

Privatization and online risks threaten to break up solidarity and cohesiveness among citizens by dismantling the concept of uniform services irrespective of where citizens live.

The individuals’ legal rights are endangered by a combination of modern technology and the fight against terrorism. Present lawmakers may realize the limits for the use of this treasure trove of information, but we do not know the attitude of future leaders.

The focus on money cuts the link between politicians and voters and between the business sector and workers in local communities.

Neither the Clinton nor the George W. Bush administrations contemplated sharing power inside a reformed United Nations. Furthermore, liberal, representative democracy is no longer seen by countries with a different system as praiseworthy and something to emulate.