An Achievable ISIL Strategy: Doing What Works, Not What We Want 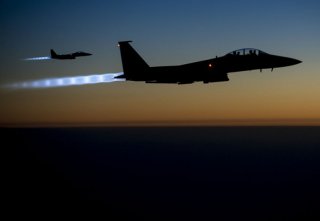 American foreign policy, according to the State Department’s website, is designed “to shape and sustain a peaceful, prosperous, just, and democratic world and foster conditions for stability and progress for the benefit of the American people and people everywhere.” Specifically regarding the current chaotic situation in Iraq and Syria with the Islamic State (ISIL), the White House says that the United States seeks to “degrade, and ultimately destroy, ISIL through a comprehensive and sustained counterterrorism strategy.” These are certainly worthy goals. In a perfect world the United States would have the power and ability make these concepts a reality. But a perfect world doesn’t exist.

For far too many years now, American foreign policy has largely been made according to our preferences, independent of the realities governing given situations. The results are as predictable as they are painful: we are frequently the author of ineffective policies that not only don’t succeed, but harm our own interests. If we don’t want to see the situation in the Middle East deteriorate even further, major changes are required.

On February 11, 2015 President Barack Obama authorized the expansion of the air campaign against ISIL to include targets in Syria. As important as what the president told the nation was what he did not mention. He said, “I have directed a comprehensive and sustained strategy to degrade and defeat ISIL. As part of this strategy, U.S. military forces are conducting a systematic campaign of airstrikes against ISIL in Iraq and Syria.” What was not addressed anywhere in his remarks, however, was what those airstrikes were intended to accomplish.

Did he believe the extremist group could be eventually defeated if enough of their fighters were killed in these strikes? Or perhaps he believed if enough of the leaders were taken out, the group would fold. Did he feel that attacking targets in Iraq alone wouldn’t accomplish his objective but by expanding to Syria it would? Answers to those questions have never been publicly given, but it is possible those questions weren’t even raised before the decision to use air power was made. But now, more than a year since airstrikes began against ISIL in Iraq, and nine months since they expanded into Syria, we can assess how effective the use of force has been in accomplishing White House objectives.

It has proven to be a spectacular failure.

After more than 5,500 airstrikes against ISIL that allegedly killed upwards of 15,000 men in both Iraq and Syria, the militant group has replaced all its losses, continues to be strategically relevant and remains capable of offensive action. Russia is now actively conducting air operations in the region and now challenges US interests by exerting its political and diplomatic influence there. Iran has troops and advisors on the ground in Syria and has great influence over Baghdad. Far from attaining outcomes beneficial to American interests, the application of military power against ISIL has succeeded only in impairing our interests. In this increasingly volatile and deteriorating environment, what can the United States do?

The first order of business is to cause no further harm. Our current strategy of using small numbers of Special Forces troops, combat advisors in Iraq, and the continuation of airstrikes is flatly incapable of achieving the President’s desire to militarily defeat ISIL. Why continue to expend national resources and risk American lives on a military mission that cannot succeed?

Even in this late hour, the U.S. should show robust leadership by first seeking to contain the fighting where it is and stop its spread. We would accomplish this objective by employing the full weight of American diplomatic and political influence to geographically isolate the Islamic State, squeezing them economically and doing all we can to provide humanitarian aid to the civilians suffering under ISIL domination. Creating an alliance with regional armed forces, the U.S. military would set up ground patrols in strategically significant locations and use air power to enact a version of a “no-go zone” where mobile ISIL forces could be quickly and easily destroyed whenever they attempt to move in large numbers.

U.S. ground forces would be redeployed from any combat or combat-support role. Some limited number of operational and strategic level training troops would remain with Iraqi military (should Baghdad desire it). The routine targeting and attacking of ISIL personnel via air power would stop. The thousands of airstrikes we’ve thus far conducted have destroyed civil infrastructure and killed innocents as much as legitimate insurgent fighters and thus has caused more harm than any good it might ever have done.

Once we’ve effectively isolated and boxed in ISIL, we would employ regional diplomatic measures against the Islamic State’s leaders, slowly strangling them. This strategy is emotionally unsatisfying. It isn’t sexy. And it isn’t fast. But were we to employ such a strategy, it would have realistic chance of achieving national objectives. Nothing is ever guaranteed, and this effort could also be thwarted by ISIL. But the tactics we’re currently using have no chance at all to succeed.

Our choice is simple and stark: stop doing what routinely fails, or change course and employ new political and military tactics that might actually succeed. I fear I know what course of action current American civilian and military leaders will choose.