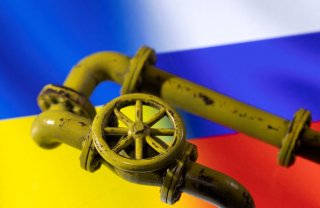 This winter’s global oil and gas supply crisis, and resulting price crisis in Europe, has given Russia extraordinary leverage over Europe. While Europe has made great strides in reducing its dependency on gas in its energy mix, integrating its internal market, and diversifying its sources of supply, Europe’s energy security remains precarious and more must be done. The January 29 Joint Statement by President Joe Biden and European Commission President Ursula von der Leyen, while helpful, does not commit either party to sufficiently concrete steps which might finally reduce Europe’s dependence on Russian gas supplies and reaffirm the West’s collective ability to pursue climate goals and ensure energy security.

The indispensable first (and so far missing) step is for Biden and von der Leyen to publicly acknowledge both that natural gas plays an indispensable role in the energy transition and that the transatlantic liquefied natural gas (LNG) trade is a bedrock pillar of European energy security. A problematic narrative has permeated the ongoing climate and energy transition debate, however, that suggests that expanding natural gas infrastructure is, in every circumstance, inconsistent with meeting climate ambitions.

In reality, the role of natural gas in the energy transition is much more nuanced and context-dependent. Indeed, in 2014, the Rome G7 Energy Initiative for Energy Security emphasized the need to “strengthen energy security and economic growth through safe and sustainable development of oil and natural gas resources from conventional and unconventional sources” consistently with “our longer term climate change goals.” Natural gas plays an indispensable role in the energy transition in virtually every region of the world, starting with the United States. From 2010 to 2018, the substitution of gas for coal in the power sector saw emissions reductions of 14 percent in the United States, 8 percent in China, and 4 percent worldwide. These constitute critical reductions for meeting net-zero targets. Clearly, fuel switching opportunities to natural gas are a major source of emissions reduction and, technologically speaking, low-hanging fruit and a time when early gains are critical.  The experience of Europe this winter demonstrated that, if we cannot make natural gas available and affordable, many countries will turn to higher-carbon sources of power generation which ultimately undermine our collective climate goals.

We suggest the United States and Europe take the following steps to ensure transatlantic energy security. These steps will help to charter a path to definitively, permanently, easing European dependence on Russian natural gas.

First, Biden should acknowledge the indispensable role that natural gas plays in the energy transition in the United States, Europe, Asia, and beyond. This will also send a crucial signal to the financial sector, where ongoing divestment from all fossil fuels has had some unintended consequences, that natural gas infrastructure projects should be considered sustainable in appropriate circumstances.

Second, Biden should declare that the export of U.S. natural gas is a critical national security and energy security interest. He should affirm the U.S. commitment to supply LNG to the global market, both to ensure security of supply and to deter price discrimination by countries like Russia.

Third, the Biden administration should encourage the Department of Energy to expeditiously approve all new LNG export applications now awaiting approval to demonstrate that the United States is fully committed, in word and deed, to ensuring amply supplied global markets. These projects will not deliver gas for a number of years, but the growth in liquefaction capacity will enable Europeans and others to undertake commercial arrangements to phase out Russian supply, provide greater diversity of suppliers, and moderate prices over time.

Fourth, the United States should collaborate with both Europe and Asia to establish metrics for measuring LNG’s carbon footprint and encourage competition among global suppliers for which can create the cleanest, lowest-emission source of LNG exports. These metrics can be of invaluable assistance to the financial sector as it considers which projects are in line with portfolio climate strategies and most worthy of funding.

Fifth, the administration should reiterate its insistence that new U.S. LNG projects account for the direct, indirect, and cumulative emissions of new LNG projects (as well as supply chain emissions for other energy technologies). Moreover, newly approved projects should meet a high standard for efficiency and the lowest possible emissions impacts. At the same time, the president should affirm that energy security considerations will remain essential in the national interest determination required for exports to countries with which the United States does not have a free trade agreement. The U.S. role as a major global supplier of natural gas is a significant geopolitical strength which should be leveraged amid the ongoing, and necessary, energy transition.

Sixth, the European Union and the national leaders of Europe, should also acknowledge the role of natural gas in meeting both national and EU “Fit for 55” climate targets as well as extant energy security goals.

Seventh, the European Union should clarify that while public money and financing tools are intended for low-emission and renewable energy projects, it also believes that commercial parties should expand the ability to import LNG to supply the European market. Indeed, as Russia supplied 168 billion cubic meters (bcm) of piped natural gas to Europe in 2020 (which Nord Stream 2 will significantly increase if finished), and with Ukraine gas transit down to just 41.6 bcm last year (a 25 percent decline), Europe should set a goal of creating import capacity to substitute for at least half of those volumes. While there is a risk that such infrastructure may be stranded, those risks are minimal in light of the value of existing gas infrastructure to energy transition needs. For example, Europe’s enormous demand for hydrogen could create a new purpose for those gas imports to drive a new “blue” hydrogen economy and trading system, especially while sufficient renewable energy capacity ramps up over time to support “green” hydrogen production.

Eighth, Europe should also accelerate its plans for growing its gas storage capacity, improving natural gas inter-regional transmission infrastructure (such as from the Iberian Peninsula), and creating its own coordinated emergency response mechanism—analogous to that which exists today for oil through the International Energy Agency (IEA). The United States can collaborate with Europe to devise ways to compensate suppliers for maintaining adequate supplies of gas. Europe’s gas reserves should be at a level commensurate to the disruption risks it faces.

Politics should end at the water‘s edge. As the United States and Europe face the threat of Russian adventurism together, there are ripple effects across the global economy which could affect the rest of the world’s energy security and climate ambitions. The transatlantic alliance must, therefore, prioritize both our shared energy and climate security goals and reject the idea that LNG trade and climate goals are an either/or proposition. Both the United States and Europe must deliver on their net-zero ambitions and intensify collaboration on the promotion of renewable and clean energy technology to reduce emissions, improve energy security, and diminish reliance on Russian gas. The United States should continue its efforts to redirect supplies of LNG to Europe to resolve the immediate crisis, but it can also send an immediate and powerful market signal to Russia: that its actions are sacrificing its long-term natural gas market in Europe and the revenues that market represents. It’s also time for Europe to abandon the false illusion that Russia can be a reliable supplier to some countries while gravely threatening others. The time for action could not be more urgent.