Afghanistan Backlash: What to Expect in the Aftermath of the West's Departure 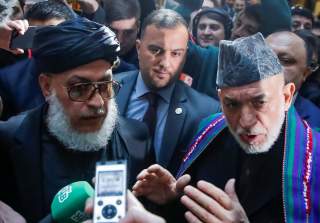 As President Donald Trump said at the State of the Union, the Trump administration appears ready to cut a deal with the Taliban to exit the country. “The hour has come to at least try for peace,” he declared. Special Envoy Zalmay Khalilzad may try to put a diplomatic face on the deal but it is hard to spin his framework as anything other than surrender. Not only has he allowed the Taliban to cut out the elected government of Afghanistan from negotiations over a final settlement, but he also appears after months of negotiations to accept the Taliban’s promise that it will not harbor terrorists after the U.S. withdrawal. The Trump team is so desperate to leave Afghanistan that it does not acknowledge that this was the same deal the Clinton administration accepted during the late 1990s, which is when Madeleine Albright’s State Department accepted a Taliban pledge to close terror training camps and keep Al Qaeda leader Osama bin Laden quarantined. Nor does the Trump team seem to recall that just prior to the Taliban’s 1996 march into Kabul, the Taliban had promised to negotiate power-sharing rather than impose a fait accompli. The Taliban lied then and there is no evidence that the group’s assurances are any more meaningful now, especially as the Taliban and the United States do not accept a common definition of terrorism.

When the Soviet Union withdrew from Afghanistan, the Najibullah government hung on for three years in Kabul, but that was largely because Moscow continued to supply them with resources redirected from Eastern Europe. Once the money ran out, so too did Najibullah’s ability to dispense patronage. His collapse then was quick. If the United States departs, then it is likely that the Taliban will consolidate control over the majority of Afghanistan. Prior to 9/11, it controlled approximately 90 percent of the country. While the Afghan government has legitimacy from popular and contested elections, the United States appears willing to leave Kabul high and dry; it is unlikely that outside powers will provide the Afghan government with the billions of dollar the World Bank says it needs to stay afloat. The Taliban, meanwhile, can rely on Pakistani support.

So, if the Taliban are victorious, what it mean for Afghans, Afghanistan, and the region?

A Disaster for Afghans

For Afghans, a Taliban government would be an unmitigated disaster. Many Afghans who now support the Taliban do so out of frustration with the corruption and inefficiency of the Afghan government in Kabul. As aid organizations build roads, for example, Afghan security forces grab land from farmers along them. The farmers, then, have no one to turn to but the Taliban. The problem is that when the Taliban are in power, the extremist group is just as corrupt as the Afghan government. This is the main reason why the group so quickly lost the hearts and minds of Afghans who embraced them in the 1994–1996 timeframe and were never able to consolidate control over Afghanistan. Throw into the mix Pakistan’s use of religion to infuse the Taliban with Punjabis who despite Afghan Pashtuns let alone minority Hazaras, and the writing is on the wall: instability and insurrection. Then, of course, there is the Taliban’s war on women. Make no mistake, while the Taliban are misogynistic by both Western and Afghan standards, the abuses of women which made headlines in the 1990s were more symptomatic of a broader cultural war. Like the Khmer Rouge in Cambodia, the Taliban were country bumpkins. The group’s sudden rule over Kabul was the Afghan equivalent of the backwoods men from “Deliverance” suddenly finding themselves rulers of Berkeley, California. Taliban members cracked down on women in more cosmopolitan, urban areas like Kabul and Herat in ways they never did in the countryside where women worked in the fields and were never completely covered. One legacy of the 2001 ouster of Taliban rule has been a generation of educated girls and women who have grown accustomed to work. Internet and smartphone penetration also make a return to the golden ages of the Taliban’s imagination more difficult to achieve.

Get Ready for the Deluge of Drugs

There is a widespread myth that the Taliban cracked down on opium production. While the Taliban ceased planting for a year, the group did not destroy its warehoused opium, but rather simply distributed as the rules of supply and demand increased the worth of that opium. As the Taliban have reconquered huge swathes of Afghanistan, it has again increased opium cultivation to finance its insurgency. Should the United States and its allies depart Afghanistan, the Taliban will again finance its operations with opium. After all, opium provides more per hectare than any legal crop, can be stored without refrigeration, and easy to transport. Afghan opium may not impact the United States directly, but it will finance organized crime in both Russia and Europe and lead to renewed heroin, hepatitis, and HIV across Eurasia.

American historical consciousness about Afghanistan is episodic. For older Americans, awareness of Afghanistan, its politics, and its struggles only started in 1979 when the Soviet Union invaded the country.  Younger generations know Afghanistan from hunt for Osama bin Laden and the post–9/11 intervention. During these periods, Pakistan largely provided safe-haven for the insurgency, in the 1980s in cooperation with the United States and, after 2001, largely in opposition to the Washington. In the 1950s and 1960s, however, it was Afghanistan which was hosting—if not supporting—Pashtun nationalists who infiltrated into the North-West Frontier Province in order to stake their claim to its inclusion in Greater Pashtunistan. While those incidents were more symbolic than lethal—hoisting flags and so forth, they did show that infiltration can go both ways.

Fast forward to 2013, which is when suicide bombers attacked the Indian consulate in the Afghan city of Jalalabad. When the attack happened, I was with an Afghan security official who complained that the United States did not understand counterterrorism. I asked what he meant and he said, “A bomb goes off in Kabul, then a bomb should go off in Islamabad,” the capital city of Pakistan. A bomb goes off in Kandahar, “then a bomb should go off in Karachi,” and he added that such direct consequences for its meddling in Afghanistan would be the only language Pakistani officials would understand. I asked what was stopping Afghans from undertaking such a strategy and he said, “The United States.” With the Americans gone, however, there will be no restraint upon Afghans who see no other way than to take the fight directly into Pakistan and to fight fire with fire. That may not be an American national interest now, but policymakers should be aware that, even as Pakistan’s ISI intelligence service celebrates its defeat over the America that it despises, the U.S. withdrawal could have second-order effects on Pakistan that will weaken the already decaying nuclear-armed state.

When it comes to the post–9/11 U.S. involvement in Afghanistan, Russian president Vladimir Putin has been played the role of Machiavelli. Putin pressured former Soviet states like Uzbekistan and Kyrgyzstan to close their bases to U.S. forces, but facilitated logistical transit of equipment across Russia, at least for a time. While Moscow pays rhetorical heed to counter terrorism and combat radicalism, it simultaneously supplied the Taliban to hamper any outright U.S. victory and to tie the Afghan government down in a morass. Putin did not want the Taliban to win, but he also did not want the United States to succeed where the Soviet Union has failed.

Putin may rue the success of his strategy. The Taliban, energized by its victory, may establish a radical state on the southern frontier of the former Soviet Union and could even destabilize states like Uzbekistan, Tajikistan, and Kyrgyzstan. Russia, however, could be the ultimate target. While the ethnic Russian population declines, Russia’s native Muslim population expands rapidly. Within just a decade or two, demographers privately estimate that 30 percent of the Russian army could be Muslim. Perhaps one reason why Putin relies increasingly on private contractors is he is not confidant in the loyalty of his army, especially if the targets are Islamists. The Taliban may only catalyze such internal conflicts.