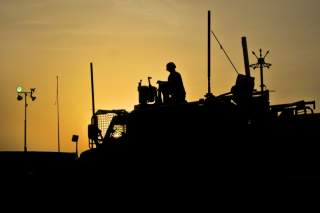 Recent reports make it clear that the U.S. military knew that the Doctors Without Borders facility in Kunduz, Afghanistan was, in fact, a functioning hospital but thought that it was under Taliban control. What is not clear is the extent to which the U.S. military has covered up the truth in this case.

General John F. Campbell, commander of U.S. and NATO troops in Afghanistan, has finally called for a high-level investigation into the tragedy. That is a positive step, but it comes only after the military has been forced to change its story multiple times. Even worse, this episode is not an isolated incident. It unfolds just as President Obama is refusing to admit U.S. ground troops are again engaged in combat in Iraq, in the wake of complaints that U.S. intelligence from Syria has been cooked, and in the shadows of a steady drumbeat of transparently exaggerated claims of progress in Iraq and Afghanistan. It is time to start worrying about the reemergence of the “credibility gap.”

The term “credibility gap” emerged during the Vietnam War, as President Johnson first escalated U.S. military involvement without making clear how expansive the war effort would be and later lied about U.S. progress in the war. The term was popularized in 1966 after Democratic Senator William Fulbright complained that he couldn’t get a straight answer from the Johnson administration about the war. President Nixon’s secret and illegal bombing campaigns in Laos and Cambodia did nothing to alleviate the credibility gap, while the Watergate scandal cemented it in the public consciousness.

Recent revelations about President Richard Nixon and Vietnam, in fact, provide a timely reminder about the credibility gap and the importance of truth telling during war. In 1972 President Richard Nixon sat down for an hour-long interview on CBS with Dan Rather.  When asked about the effectiveness of the U.S. bombing campaign designed to pressure North Vietnam, Nixon replied that it was “very, very effective.” Thanks to Alexander Butterfield, one of Nixon’s aides, however, we now know that the following day Nixon wrote a note to his national security adviser Henry Kissinger complaining that “We have had 10 years of total control of the air in Laos and V.Nam. The result = Zilch.”

This history should give us pause as U.S. difficulties in the Middle East continue to multiply. The great temptation for any president during war is to spin, dissemble, minimize troubles and exaggerate progress to maintain public support for their policies. The Kunduz attack, the questionable intelligence about Syria and Obama’s attempt to engage in combat in Iraq without calling it combat are warning signs that a credibility gap may be reemerging.

A new credibility gap could harm the United States in at least three important ways.

First, U.S. credibility is a critical strategic tool on the ground in the confrontation against extremists. If Arab publics trust the United States they are more likely to make dangerous and difficult decisions to oppose the Islamic State, Al Qaeda or the Taliban. On the other hand, if they feel they cannot trust what the United States says about its actions or the situation on the ground, they are more likely to side with extremists and other groups. Polling data reveal not only the rampant anti-Americanism throughout the Middle East, but also that majorities in several nations feel that violence against the U.S. is justified by U.S. behavior in the region.

Second, U.S. credibility is essential for attracting allies and building coalitions. Events like Kunduz are tragic in their own right, but they also compound distrust of the United States throughout the Middle East. In turn, it is ever more difficult for governments and important sub-state actors to partner with the politically toxic Americans. The alacrity with which Iraqi politicians have welcomed Russia to the fight against ISIS and the lack of consultation with the U.S. about it are clear symptoms of this problem.

But the greatest potential danger of the new credibility gap is here at home. Though Iraq and Afghanistan have not stirred the same passions as Vietnam, American trust in government already sits at historic lows, as does the American view of Congress. Meanwhile, politics in Washington, DC is more polarized than ever and pessimism about the direction of the nation runs deep.

Here again, the Vietnam experience provides a cautionary tale. As the credibility gap grew to a yawning chasm, support for the war plummeted and its effects spread. In the end, bitterness about the war and its handling polluted American politics for years afterward. It is impossible to predict how likely it is for the credibility gap to widen from this point, but the margin for error is razor-thin. If the Obama administration and the U.S. military don't embrace greater openness, the prospects for producing lasting damage that extends well beyond the wars in the Middle East are real.

Trevor Thrall is a senior fellow for the Cato Institute’s Defense and Foreign Policy Department. Thrall is an associate professor at George Mason University in the Department of Public & International Affairs and the Director of the Graduate Program in Biodefense. He teaches courses in international security, political communication, and U.S. military intervention. His recently edited book, American Foreign Policy and the Politics of Fear: Threat Inflation since 9/11 (Routledge 2009), examined why and how the Bush administration was able to build public support for the war in Iraq in 2003. The companion volume to that work, Why Did the United States Invade Iraq? (Routledge 2011), collects competing explanations about why the administration decided to go to war in the first place.