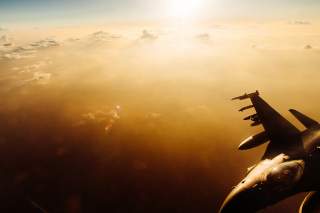 How do you end a war that by its nature has been described as endless? What are the probabilities of achieving a successful outcome that minimizes risk? and what form of peace agreement will be required to achieve this?

These are the fundamental questions U.S. ambassador Zalmay Khalilzad and his team of negotiators have been wrestling with for the last eight months. Tapped by President Donald Trump to lead negotiations with the Taliban, Khalilzad is caught between two objectives that on the surface seem almost irreconcilable. The first: signing an agreement that will enable the removal of a significant number of troops from Afghanistan after eighteen years on the ground. The second: ensuring Afghanistan does not revert to its previous status as a safe haven for extremist networks that threaten the United States and our allies.

How do you square the circle? Three words: prudence, persistence and patience.

Americans have paid a high price in blood and money. Many have lost friends and family in Afghanistan. Understandably the American will to continue is waning. With a high percentage of the American population soured on the war altogether, patience is the last thing they want to hear. And for good reason. The statistics of this conflict have been mind-boggling. Over $744 billion of U.S. taxpayer money has been spent. Tragically, 2,430 U.S. military service members have been killed, thirteen this year alone. By Afghan president Ashraf Ghani’s own calculations, tens of thousands of Afghan soldiers and police officers have lost their lives since 2014. The amount of financial waste, theft, and abuse throughout the conflict has been staggering. Barely a month goes by until the Special Inspector General for Afghanistan Reconstruction releases another scathing audit of Washington’s aid program in the country.

Prudence being fundamental to wise statecraft, rash actions to end a war can be as dangerous as blindly entering one. What we all need to recognize, however, is that stabilizing any country awash in violence is an incredibly complex undertaking. Informed, deliberate, patient statesmanship a must. There is no room for bias optimism or ideological governed approaches.

In this specific case the task is exponentially more difficult considering Afghanistan has been at war for nearly forty years. Nevertheless, considering the price already paid, focused diplomatic initiatives provide the only viable options short of endless war or a forced withdrawal.

Why diplomacy? Because a military only solution is not a feasible option. Force alone will not solve complex problems. If removing Taliban foot-soldiers were the solution, Afghanistan would have been at peace a long time ago. Tactical successes cannot overcome the effects of flawed strategy.

The current peace talks between the United States and the Taliban have their boisterous critics. Ryan Crocker, the distinguished U.S. Foreign Service officer who served as ambassador to Afghanistan during the Obama administration, previously likened Khalilzad’s approach to a negotiated surrender similar to the Paris peace talks in Vietnam. In a July 16 op-ed in the Wall Street Journal, former Pakstani Ambassador to the U.S. Husain Haqqani recommended that it was more prudent for Washington to pull the plug on the dialogue and take its chances in the field. There is a chorus of doubters concerned about the Trump administration giving away too much, too quickly—even as the insurgents slaughter Afghan soldiers across the country.

Nobody, however, has come up with a viable alternative. To suspend discussions with the Taliban after seven rounds of talks would be to effectively advocate for a military solution when no such solution exists. Similarly, to stop negotiations until the Taliban agree to meet bilaterally with the Afghan government is to deprive the rest of Afghan society from the opportunity to engage in the tough conversations about political distribution of power, the protection of women’s rights, and Taliban reintegration that are necessary in order to find a path out from the violence.

After a two-day session in Doha, Qatar, this month, Afghans as varied as women’s rights advocates and ethnic community leaders to Taliban insurgents and Afghan government officials (albeit in their personal capacity) finally talked about some of these very issues. At the conclusion of the dialogue, the parties agreed to a general statement of principles meant to guide future meetings. The fact the meeting happened at all was a sign of progress.

In an ideal world, all of the jaw-jaw would wrap up quickly. The Taliban would renunciate its relationship with Al Qaeda and work with the international community to combat foreign terrorist networks on Afghan soil. America’s brave men and women in uniform would pack up and fly home to their loved ones. Afghans would sign a comprehensive and enforceable peace agreement that ends the war, brings the Taliban into the political process, and provides all Afghans regardless of gender, ethnicity, tribal affiliation or region the same rights and protections under the law.

Unfortunately, in the real world such ideal desires don’t normally emerge. None of these things will occur rapidly. If they occur at all, it will only be after more fighting and more screaming matches at the negotiating table. Indeed, it wouldn’t be a surprise if there were several instances of Afghan delegates storming out of the room.

Violence will also persist. We must remember that in war the enemy gets a vote. The Taliban will continue to launch attacks against Afghan and coalition troops at the same time it participates in diplomacy thousands of miles away.

But let there be no mistake: as tedious as the present diplomacy is, it still beats many of the other ideas percolating on the op-ed pages. So to Ambassador Khalilzad: stay strong and persevere. And don’t pay heed to the naysayers.