Afghanistan Has Only One Hope: Lithium 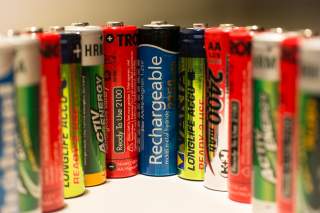 The lithium-ion battery story begins with chemistry and ends with innovation. While the media is focusing on OPEC and the oil price at the pump, lithium is reaching its highs, reflecting interest in the mineral, as oil prices remain volatile. Since the 2010 revelation that Afghanistan's deposits are full of the precious metal, the country arouses all desires as China, India and Japan complicate the situation in the region.

Every energy market speculators knows how much “cross hedging” matters or simply, making predictions on price movements, hence not eliminating risks but shifting risks. Oil has been crucial lately to explain the course of world economic and financial variables. There was a time before the 2008 financial crisis where the inverse relation between price of West Texas Intermediate (WTI) and the exchange rate euro-dollar could tell us much of what will happen: when the price of oil went up, the dollar fell. New correlations are taking place where the oil price might be determined by certain agricultural commodities also determined by the demand for biofuels. All correlations are not specific to the energy market, as metals too are part of the dynamic. With the lithium market emerged a new correlation in which the oil price volatility fed the ore: the decline in energy prices indicated a significant market and potential for electric and hybrid cards for which batteries – lithium ion – are preferred by manufacturers.

Given the strong localization of global production, the price pressure could be accentuated by an inclination to cartelize production between Argentina, Bolivia and Chile that control alone, nearly 85% of production.

While Goldman Sachs predicts a tripling of the lithium market by 2025, a race to secure supplies is taking place: Chile, which holds nearly a third of global reserves of lithium, has launched a vast program allowing foreign operators, including vehicle manufacturers, to engage in exploration and production of this metal. Proof of the geopolitical importance of this mineral, Bolivia seeks, on the other hand, to take only the production of lithium carbonate and lithium metal.

Structural dilemmas in the country

The rich mineral deposits in Latin America have not been a source of prosperity but poverty. Because these resources are not processed locally, but exported and processed, products are then imported. The lithium market is an excellent example of the dilemma faced in the international trading system. Bolivia, one of the richest lithium states wants to divest its reputation for providing cheap raw materials, which placed the country in a position of sharp inequality from industrialized countries and international markets. The objective is to give power to the state, not foreign investors. However, given the shortage of technology, infrastructure and skilled workforce, such project represents a major challenge for the country. For now, Bolivia cannot sell batteries but only the raw material from which they produce cheaply. This illustrates the dependency from the colonial era, the source of economic, social and political inequalities that yet have still not been resolved.

To meet the geo-strategic and technological issues raised by the exploitation of this metal, industrial partnerships have also been forged and will continue to grow in the coming years. The Australian company Galaxy resources, which owns one of the largest lithium mines in the world, has engaged in a process of vertical integration that will allow the opening of a battery manufacturing plant in China to meet growing demand experienced in this country. Sichuan Tianqi Lithium – the world’s largest producer of lithium chemicals from ores – recently announced that it is moving China’s market to spot pricing for higher profits. China battery supply chain is clearly ready to acquire strategic resources.

Taking some prudence is necessary, however, before hearing the fantasy of a risk of shortage and soaring prices or even claim that lithium is the new oil. From the supply side, the miners have the capacity to respond in the short-term at least, to a demand surplus. Longer-term, large capacity development programs are also engaged, while the lithium battery recycling capabilities seem favorable. Certainly supported by the development of electric vehicles, lithium prices are also largely influenced by international macroeconomic conditions such as oil: 2008 thus marked a halt to the sharp rise in prices since 1990, evidence of this dependence to global growth. As Darrell M. West from the Brookings Institution recently wrote, “While policies and strategies come with the best intentions, namely to combat fossil fuel emissions and pollution, they carry with them a catch-22: as the lithium-ion ecosystem continues to grow at an accelerating rate, economies of scale will increasingly lock in the automotive, energy, and technology industries to a specific battery technology.”

Also, if a continuation of the upward trend of lithium prices is likely to surge, it should not obscure a key question and yet often overlooked when treating raw material: that of price volatility. Possible financializing of the lithium market run, fueled by investors seeking higher returns and uncorrelated to traditional financial assets, may likely exacerbate price movements, which inevitably penalize the real economy. Yet there is, to date, no financial market to manage risks associated with them.

According to the New York Times, a memo from the Pentagon predicted that Afghanistan will be the "Saudi Arabia of Lithium," a way to assert that Afghanistan is able to exceed Bolivia as the first world producer of lithium. The economic impact of this mining discovery is simply enormous: the total reserves represent about 1,000 billion. The two main sources of lithium are hard rock sources in pegmatites and in solution within continental brines, both of which are present in Afghanistan. This might become the backbone of the Afghan economy. Although Afghanistan is recognized as a strategic hub in Central Asia, at the borders of the former Soviet Union, China and Iran at the crossroads of routes for pipelines and significant reserves of oil and gas natural, its enormous mineral wealth and its untapped natural gas reserves have remained completely unknown.

If Afghanistan engages further in the lithium sector, it would also create jobs in a region plagued by unemployment which, according to the World Bank, increased to 40 percent in 2015 from 25 percent in 2014. The value of newly discovered mineral deposits would exceed the size of the current Afghan economy, undermined by the parallel economy coming from opium production and trafficking of narcotics, and based primarily today on the assistance of foreign government and other industrialized countries. The gross domestic product of Afghanistan would be only 12 billion dollars.

It is a double-edged situation though, as the lust of the mines could indeed motivate the Taliban to regain control of the country and the expected peace would give way to the redoubled strength of fighting.

The corruption that already plagues the government could also be amplified by the lure of gain,. Resource curse and mismanagement goes pair to pair. One method that may prove successful to guard against Afghanistan becoming resource cursed is the use of the Extractive Industries Transparency Initiative (EITI), a global coalition of governments, companies and civil society based in Norway who are working together to improve transparent and accountable management of revenues from natural resources. Afghanistan’s EITI application has been a fair success and funded by the World Bank with so far two reports filed.

The battle is far from being won between lack of security, government uncertainty and the Taliban in the background. The deposits are scattered throughout the country, where there is no infrastructure to exploit them. Many are in areas still controlled by the Taliban. China state owned mining giant, Metallurgical Corporation of China Limited (MCC) has already managed to take control of the huge copper deposit Mes Aynak, which means “little copper well” in Pashto, right in the Taliban country, and plans to build an industrial site. Despite security concerns — the mine is located on a transit route for Taliban fighters coming from Pakistan — MCC is not in a hurry as they hold a 30-year lease for the site.

The next few years look like a dicey rock climb for Afghanistan as it has no industry or mining infrastructure. Only one road is connecting north to south. According to U.S. officials, it would thus take decades before the country can actually use these resources. The war — and the fragility of the Afghan institutions — also make it difficult to implement a successful mining policy in the long term. But such discovery could affect conflicts: the neighboring regional powers in Afghanistan — China, India, Russia — could suddenly see a strategic interest.