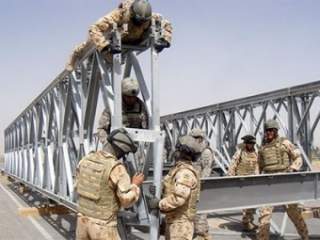 Perhaps this oversight is the result of ignorance concerning the role that the USACE has played in America's own transformation from a frontier backwater into one of the most developed and resilient nations ever to exist on the planet Earth. Our quest to enable regional stability by building partner capacity will continue to falter until foreign-policy makers learn to embrace the critical role of engineers, and the engineering institutions that have made the United States strong.

History of the U.S. Army Corps of Engineers

The United States Military Academy at West Point was the first engineering school in the United States, founded in 1802. This institutional focus speaks as much to the long history of land armies as centers of engineering competence as it does to “nation building”—literally constructing nations—as they were winning battles and wars. In today's popular discourse, our military's role in building capacity and infrastructure both at home and abroad has suffered from a form of revisionism that has sought to lionize its war-fighting role.

The USACE was responsible for mapping the interior of the United States as it expanded into the frontier. The Corps took on responsibility for making our waterways navigable, and for the structures (including dykes, levees, canals, locks, dams and bridges) that allowed America to harness hydroelectric energy. In some cases, this involved the creation of entirely new lakes and reservoirs to power these electrical generation projects. The Corps created and maintained commerce-enabling ports and harbors. The Corps was also key to the construction of a national and international network of bases and airfields that brought security, personnel and resources to remote corners of the world.

Throughout this process, the USACE established standards for the design, construction, and management of cutting-edge structures and infrastructures. Perhaps most importantly, the Corps trained massive numbers of both uniformed military engineers and civilian engineers who later spilled out into the U.S. workforce to satisfy the continually expanding engineering needs of a growing nation.

Despite all of this, the critical role that the USACE has played in the development of the United States is often reduced solely to combat engineering and military construction. The long history of the engineers in "nation building" within the United States is often neglected. Epic engineering projects that fundamentally changed America’s national-security posture—projects like the Panama Canal—are overlooked as sui generis moments in the world's history. Forgotten are the thousands of projects that USACE has designed, built, and managed in over one hundred countries around the world over the past century.

By this point in its history, USACE has developed a deep kitbag of engineering capabilities, and it has built the requisite business processes and institutional knowledge to project its skillset around the globe. This is accomplished with a series of "school houses" that train engineers on this complex of capabilities, as well as a series of laboratories that enable leading-edge research and development into complex engineering challenges. USACE is a national resource that few understand, but truly embodies the U.S. "whole of government" national-security mission.

USACE can be brought in by virtually any U.S. government agency or international NGO, under a wide variety of rationales and legal authorities, to provide the engineering capability that helps meet various missions around the world. It is this mode of operation that may keep USACE in the shadows, with unassuming engineers quietly undertaking complex projects under the banners of other organizations. But those who keep an eye out for the Corps’ red and white castle insignia, which unfailingly accompanies their presence across the globe, understand who is behind this projection of engineering might.

The Power of the School House

West Point ceased being an engineering school long ago, though it certainly still educates many engineers from each year’s cadet class. As the military evolved more sophisticated occupational specialties, a system of school houses was developed to provide training in the technical nuances of these fields. Fort Leonard Wood, in Missouri, is home to various engineering school houses that educate successive waves of engineers who fan out across the U.S. Army with key engineering competencies.

At the most basic level, Army engineers are trained to design, construct, operate and maintain: high voltage power systems, heating, ventilation, and air conditioning (HVAC) systems, water systems (for potable, waste, and storm water), security perimeters, buildings and structures that these systems service, and the transportation hubs and corridors that connect them. They are taught to meet the standards, regulations and requirements of organizations like Occupational Safety and Health Administration (OSHA), Environmental Protection Agency (EPA), Health and Human Services Department (HHS), and the Federal Aviation Administration (FAA) as they design and deploy these capabilities.

Beyond the fundamentals, these engineers are taught to study, adapt and apply new technologies for unique mission challenges. They are expected to continually learn about commercial techniques and to contract for them (and even for commercial field service representatives) as necessary. In some cases, engineers serve as managers, outsourcing much of the actual hands-on work to contractors, but accounting for the costs, schedules and performance standards that must be met.

This curriculum of baseline expertise and innovative intuition is what the engineering school houses teach. USACE engineers support military missions and domestic and international civil works portfolios. Eventually, these soldiers complete their service and bring their talents and skills to the civilian workforce, the social impact of which should not be underestimated.

Building the Afghan Corps of Engineers

“Nation building” is a term that has fallen out of favor lately—and for good reason, given the ham-handed approaches of recent U.S. interagency efforts. Aid must begin with a cadre of builders; it is essential to construct the capacity to construct. A corps of engineers is necessary to continually generate the workforce upon which the other functions of a state are built.

Engineers must be trained in surveying and mapping the nation’s natural and built terrain so that effective planning can happen. Engineers have to understand the management of waterways, floodplains, dams, reservoirs and the separation of potable and waste water. Engineers must plan to meet a growing nation’s energy needs through the judicious application of a wide range of locally appropriate power-generation technologies. Engineers have to drive the construction of public transportation and communications infrastructure, as well as establish construction standards in the civilian sector.

So, why has the United States and the Coalition invested in building an Afghan National Army that lacks an Afghan National Army Corps of Engineers? Why, after a decade of American presence, have we failed to build an Afghan Army Corps of Engineers as a national institution that runs an engineering school house for the benefit of Afghan society? American policy makers fundamentally misunderstand how nations move up the stability maturity curve; they fail to understand how their own nation became the powerhouse that it is today.

Much effort has been expended in transitioning Afghans to basic defense and security roles. However, how many electricians, high voltage electrical engineers, HVAC engineers, and plumbers have we trained? How many Afghans that are qualified to manage large diesel generators and complex water treatment facilities have we trained? How many Afghan engineers are there to maintain and improve transportation facilities and corridors? In short, what indigenous engineering-supply network have we cultivated?

More important than this shortcoming in the immediate future, however, is the lack of an institutional cadre of Afghan engineers that will literally construct a prosperous and stable state. What school house do they have to ensure a steady flow of qualified individuals who can maintain and renew facilities over time? We have utterly failed to foster strategic engineering-planning capability—the exact capability essential to the future of Afghanistan.

Perhaps we could take a page from our own history—our own original success story—and lay the foundation for long-term Afghan success. We must not leave Afghanistan without first establishing a strong, vibrant Afghan Army Corps of Engineers. The U.S. Army Corps of Engineers has built much in Afghanistan, but it has not yet built up indigenous capability to perpetuate its work. A bilateral, institutional partnership between professional engineers in public service is essential to long-term success. At long last, perhaps U.S. policy makers could respect one of the keys to our own historical success and leave behind the one institution that can truly build success in Afghanistan.

Christopher K. Tucker is a Senior Adviser to the Truman National Security Project and the Center for National Policy.