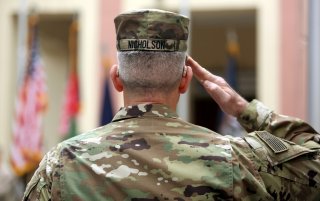 Last night Donald J. Trump became the third consecutive U.S. president to ensure that his successor will also need to wage war in Afghanistan. This is justifiably frustrating to the American public, but unfortunately appropriate to the threats at hand.

As each of his predecessors previously concluded, often to their chagrin, the risks that withdrawing from Afghanistan poses to U.S. interests outweigh the costs of continued military engagement there. Those interests center around the Salafi jihadist terrorist organizations who seek to carve out sanctuaries from which to conduct external attacks on Americans at home and abroad. Indeed, if organizations such as Al Qaeda and the Islamic State were to magically disappear from Afghanistan tomorrow, the United States would have no vital national-security interests there at all. And any remaining diplomatic and humanitarian interests there would hardly merit U.S. military operations, much less the continuation of the longest war in U.S. military history.

But as things stand today, nothing would entail a more convincing victory for these organizations than to successfully drive out the United States, raise their flag over some remote corner of Afghanistan and direct external terrorist operations against Americans from there with impunity. It is this scenario that President Trump will fight to prevent, just as Presidents Obama and Bush did before him. And since these terrorist organizations—or whatever future groups later arise there to take on the Salafi jihadist banner—are not likely to disappear from that country within the lifetime of the Trump administration, the next U.S. president is likely to bemoan the hand dealt there, just as Trump does now.

So while Trump’s rhetoric suggested a sharp break from his predecessor’s approach, the basic parameters of U.S. policy will remain largely consistent. Even many of the “ways and means” that the president stressed seem notably familiar to those who spent countless hours arguing about the Obama administration’s Afghanistan policy. Like Obama before him, Trump now promises to bring all of the instruments of U.S. power together into one integrated effort in Afghanistan, has derided calls for nation building, limited America’s objectives to something that was previously referred to as “Afghan good enough,” and holds out hope for a negotiated solution with the Taliban that will allow a withdrawal with honor and victory.

The remaining process-related decisions that Trump emphasized largely reflect longstanding frustrations in the U.S. military with Obama’s way of war. He will not micromanage decisions that should be made in the field, will not talk publicly about troop levels or deployments, and will not unduly constrain direct action against terrorist groups or indirect operations in support of Afghan partners. The scale and scope of U.S. military operations will be “conditions-based” rather than “time-based,” and those conditions will presumably be assessed at the White House without the painful and grudging process that the military was previously required to endure. These changes will be very well received by officers throughout the chain of command. But while they will facilitate tactical and operational improvements in Afghanistan, they are unlikely alone to add up to a strategic effect on the ground.

A more significant policy shift—one that may have a considerable strategic effect in the years to come—was Trump’s public broadside against Pakistan, a nation he correctly described as one that “often gives safe haven to agents of chaos, violence and terror.” It was certainly doubly concerning for the leaders in Islamabad that Trump went on to speak in glowing terms about India, and asked for them to “help us more with Afghanistan.” Even though this request was narrowed, to focus “especially in the area of economic assistance and development,” Trump’s language was undoubtedly designed to enflame Pakistan’s historical fear of encirclement. Despite America’s reliance on Pakistan for military supply routes into Afghanistan, many senior U.S. military officers over the years have advocated for such a hard line with Pakistan.

Pakistan certainly deserves the criticism. But this public salvo needs to be immediately followed by private diplomacy that sets out clear and achievable actions that Trump wants Pakistan to take, and the potential ramifications it faces if it doesn’t. In the absence of such clarity from the United States, Pakistan is likely to double down on its double-dealing and actively work against U.S. interests. Even after initially delivering such a message, the Trump administration will need to reinforce it consistently and continuously through diplomatic, military and intelligence channels, in order to maximize the likelihood that Pakistan reacts as desired. The Trump administration has not yet demonstrated a capacity to carry out such an integrated and constant diplomatic campaign. But it will need to do so now.

All interested parties—Afghanistan, Pakistan and India included—will be watching carefully to see if last night’s speech indicates the beginning of a continuing involvement by the president in his South Asia policy, or if instead it marks a high point in his personal attention on the subject, never again to be equaled. The best way to demonstrate the former is for Trump to have routine personal communications with his foreign counterparts. He should consider having regular videoconferences with Afghanistan’s President Ashraf Ghani, much in the same way that Bush once did with President Hamid Karzai.

He should also be regularly briefed by the U.S. commander in the field. To date, unfortunately, Trump has not had a one-on-one meeting with Gen. John Nicholson, and was publicly reported to be considering firing him. Gen. Nicholson is an excellent officer with a deep commitment to U.S. success in Afghanistan; Trump should take it upon himself to remedy any perceived weaknesses in his relationship with his commander. The longer this perception festers, the more damage is done to Trump’s own policy.

The personal relationship between the president and those who lead his fights abroad is critically important. Indeed, one additional policy change that Trump should consider—and that won’t be recommended by the Pentagon—would be to end the rapid cycle of personnel rotations at the top that have done so much damage to Afghanistan policy over the years. Trump might instead require that all general officers and ambassador-grade diplomats in Afghanistan stay in their posts for the duration of the war, or until personally dismissed by the president for cause or ineffectiveness. That’s how the United States fought wars in the past, when it achieved the kind of “victory” that Trump spoke about last night.