Is Africa at a Turning Point? 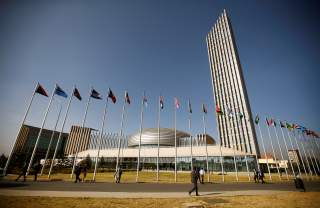 The African Union (AU)/European Union (EU) summit, to be held in Abidjan at the end of November, will be off to a truly busy start. While youth and job creation will be the main focus, other issues—such as the Libyan migrant crisis; the forced, yet bloodless resignation of Robert Mugabe; migration; and good governance—risk overshadowing this crucial two-day event.

Additionally, the future of African youth remains an issue of utmost importance in a continent the population of which is projected to reach 2.5 billion by 2050. Africa is poised to become the most youthful of all continents. The youth are Africa’s greatest wealth—but their potential could become a major source of worry if the development goals are not fully met. Young Africans need education and training so that they can fully access the job market and take control of their own destiny, including through political participation.

The summit must tap into multilateral forms of cooperation other than those available so far. In this context it bears noting that the European Development Fund, a crucial tool for cooperation, is set to lose 15 percent of its budget as a result of Brexit.

In terms of direct investment, while the European Union still provides the lion's share in Africa, China has emerged as a major player. For other areas of the world, finding innovative ways to promote direct investment has become more relevant and pressing than in the past.

While development in Africa remains a social, security, and economic challenge, the potential for partnership with more developed areas, such as the European Union member countries, is real. Several African countries have experienced impressive growth for more than a decade. While the Central African Republic, torn by conflict, is lagging behind, the countries of western and eastern Africa are on the path to prosperity and growth. Illiteracy is on the decline in most countries. Rwanda, Benin and Ghana have succeeded in establishing effective education systems. Cooperation on these fronts has almost disappeared between the EU and the AU. There are very few schools of European missions and few scholarships for students. There is very little interest in the field of vocational training. Yet the future of Africa's youth depends largely on the quality of its education systems.

Governance remains a problem. The elite often reap the benefits of growth to the detriment of the underprivileged, impeding efforts to fight poverty. But one thing is clear: Countries on the right track are those that ensure stability through a coherent and inclusive political system.

Such issues should be considered against the backdrop of the fight against terrorism, notably in the regions under the grip of Boko Haram, as well as other Sahel countries that host a mosaic of terrorist groups: al-Mourabitoun, Ansar Dine, Al Qaeda in the Islamic Maghreb (AQIM) and the Islamic State Greater Sahara. All are linked to major networks of trafficking in arms, drugs, and people.

A viable anti–Boko Haram strategy would aim mainly to enable the countries of the region, namely Nigeria, Chad, Cameroon, Niger and Benin, to pool their efforts to fight terrorism under the umbrella of a coalition. The European Union has announced an aid package of 50 million euros. But the funding pledge, made in 2016, has not materialized yet—due of bureaucratic issues, as EU laws require that the funds be distributed equally to ECOWAS member countries. Meanwhile, Chad, which was to devote 5,000 men to coalition operations, and has staged necessary interventions in neighboring countries, is now very reluctant to continue, because it does not have the means for such commitments.

The United States has been discretely intervening in all the regions affected by the scourge of terrorism. In October, the death of three U.S. soldiers in Niger drew attention to the operational presence of American forces, present since the early 2000s. According to reports, there are 1,700 "advisers" providing training and intelligence services, while drones carry out "targeted raids."

France has meanwhile decided to address the threat posed by Boko Haram unilaterally, due to the lack of international support. The group has exploited the vacuum to gain a foothold in the Sahel—particularly in the desert of Niger, an important country and an almost exclusive source of uranium for Areva and the French nuclear industry.

Other actors are present as well. Morocco, which supplies Niger with military equipment, is vigorously engaged the intelligence front. The kingdom also provides, as part of a global strategy, training to Imams at the Mohammed VI Institute, to counter extremism in Africa and in European countries with a sizable Muslim migrant population.

The problem, however, lies in a multinational approach that is on the whole piecemeal. The risk of foreign fighters arriving in Africa from Syria and Iraq is real. There is a need for a consolidation of strategies across the region politically to match the level of intelligence cooperation, which has been more effective.

The other challenge—a hard one to address—is the need for sovereign nation-states to assert their hold on the territories they are meant to control. Libya and Somalia are two poignant examples.

These issues are at the heart of the agenda of the Abidjan Summit and will be the subject of bilateral and multilateral discussions.

The European Union is not monolithic on the African question, for historical reasons, but also because of member states’ immediate interests. If the migration issue is widely shared, counterterrorism and development tend not to generate the same commitment. The policies pursued have not yet proven coherent or effective.

The Summit of Abidjan can serve as a turning point in the relations between the two continents. Old-fashioned, paternalistic relations between European countries and their former African colonies are being relegated to the past. Instead, a win-win partnership is taking shape which can encompass new, pressing issues, such as the environment and migration. A global vision that must prevail in Abidjan to revitalize cooperation.