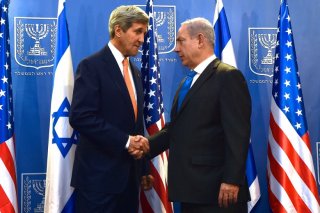 In January of 2017 a new President will be sworn. He or she should should immediately seek to repair the American relationship with Israel. From the Israeli perspective, a strong relationship with the US provides valuable security guarantees in a dangerous region. From the perspective of the US, Israel can help check the rise of a regional power that could threaten the position of the United States. The US and Israel share democratic values but the real necessity of the alliance isn’t shared values but shared interests.

The basic unit in international relations is the nation state and the first goal of nation states is to protect their physical security. This fundamental reality of international relations is often forgotten in the United States because the US is very secure. There are no major powers in the western hemisphere that can challenge American primacy in its own neighborhood  The fact that the US is a hegemon in its own region gives it the luxury to send its military forces outside its own region to protect its interests abroad.

No other country is in such a favorable geostrategic position. Even other large powers like China and Russia find themselves constrained by the fact that they are surrounded by other big powerful countries. The fact that no other power is truly a regional hegemon is part of what makes America so secure – the United States can deploy military forces outside its own region to protect its global interests but no other country is secure enough in its own region to consider deploying military forces on the same kind of global scale.

If another country became powerful enough in its own region to become a regional hegemon, that country might be able to exclude the US from influencing events in that part of the world. Further down the road, that state would be in a position to do what the United States is currently doing – send its military forces outside its home region and exert influence on a global scale that would be to the detriment of the US.

Accordingly, America’s first priority in the Middle East should be to prevent another nation state from becoming strong enough to become a regional hegemon that could push the United States out of the region. In order to do this the United States needs local allies who can help check the rise of any possible such regional powers. Israel is a perfect partner in this project.

Israel is currently a major regional power. It has one of the region’s most proficient militaries and its economy is larger than that of Egypt, even though Egypt’s population is ten times larger than Israel’s. Because Israel is a powerful country in its own right, it is strong enough to be effective as an ally against any country making a bid for regional hegemony. However, because Israel is a Jewish state surrounded by Muslim countries it can never actually be a regional hegemon itself. It is inconceivable to imagine the Arab states following Israel’s lead on regional security or economic integration.

Israel’s unique position as a country that is strong enough to serve as a check against other would-be hegemons but will never be strong enough to be a hegemon itself is quite special. In this way, supporting local actors can sow the seeds of future difficulty if the local actor later grows strong enough to disrupt the balance of power. For example, until 1979 the US aligned itself with Iran to check Soviet influence in the Middle East. Now, with the Soviet Union gone, Iran is the country that poses the greatest risk of becoming a regional hegemon that could drive American influence out of the Middle East.

Because Israel is viewed with hostility by so many of its neighbors, it is in Israel’s interests to ensure that no Middle Eastern country becomes too powerful and that the countries of the Middle East do not join together to form an alliance against it. Israel’s goal of ensuring no country in the region grows too strong is the same as the goal of the US. In Israel, the United States has found a strong regional power that shares its interest in ensuring that no Middle Eastern state or collection of states ever becomes strong enough to dominate the region.

The United States has other important regional allies but none are as good a fit as Israel. Egypt, for example, is a major regional power but its government isn’t stable enough to build a long term strategy around. The Gulf States share America’s interest in checking Iran but their efforts have a sectarian character and constantly threaten to drag the US into a battle between Sunni and Shia Islam in which the US has no direct security interest. Turkey is a NATO ally but in the last decade its relationship with the US has become increasingly ambivalent and Turkey is big enough and strong enough that it could someday make a bid of its own for standing as a regional hegemon.

Israel needs to rekindle its friendship with the US even more than the US needs to rebuild its relationship with Israel. Israel is a powerful country but it is surrounded by both enemies and potential enemies. Israel needs a great power to provide it with certain security guarantees, including technology transfers and arms sales. The United States can supply Israel with adequate arms to protect itself from actual and potential threats and protect Israel diplomatically at the UN by vetoing resolutions adverse to the Jewish State. Israel needs these guarantees and the US needs partners it can build a long term strategy around in an unstable region.

Israel is a natural partner in such a strategy. A new President will allow for something of a fresh start and presents an opportunity to repair the US-Israel relationship, something that would benefit both countries tremendously.

John Ford is a reserve Captain in the US Army. His work has appeared in War on the Rocks, The Diplomat, and The Orange County Register. He has previously written in these pages on the Iran nuclear accord.