After ISIS: A Smarter Way to Fight Radicalization 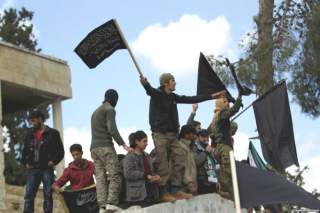 Last week’s tragic attack in an Orlando nightclub once again underscores the resonance of Islamic State’s message for seemingly unaffiliated individuals around the world. However, it also brings to light the real challenge of measuring and dealing with the influence of jihadist ideas—a challenge that both predates and will outlive today’s issue of defeating Islamic State.

For the last two years, the Obama administration has declared the defeat of ISIS to be a top foreign-policy priority. Congress and a large majority of the American public strongly support this idea. But it’s precisely the wrong objective.

While defeating Islamic State should be on the counterterrorism agenda for the next administration, the real objective should be to adequately meet the challenge of twenty-first-century global jihadism. Air campaigns, multinational coalition building and political solutions in Iraq and Syria, all integral to significantly downgrading ISIS, are only means towards defeating the group territorially. However, ISIS remains a symptom of a larger cause, and defeating it should be seen as a means towards an end, not as an end in and of itself. Being prepared and agile in the face of the new global jihadist threat requires a fundamental reorientation of our analytical, operational and bureaucratic resources.

To effectively address today’s terrorist threat, we must begin by acknowledging the unique ways in which jihadism propels violence, and proceed by assessing where Western states have real strengths and real vulnerabilities in their approaches. With the hindsight of the decade and a half since September 11, 2001, it is clear that our war is not just against terror but principally against the jihadist ideas that inspire it. With the hindsight of the last five years, and in particular the last two years since Islamic State announced its caliphate, we can also safely say that jihadism is far from static—indeed, its various strains have a tendency to adapt and evolve.

The string of recent attacks in Paris, Brussels, San Bernardino and Orlando indicate that the policy community has not taken the power of jihadist ideas seriously. Indeed, this is clear from the U.S. government’s floundering Countering Violent Extremism (CVE) programs and reinforced in a recent Department of Homeland Security Advisory Council report recommending not using words such as “jihad” and “sharia” for fear of fomenting an “us versus them” narrative. The jihadist threat can only be addressed honestly and thoroughly if we care to understand the power that jihadist ideas wield in propelling violent actions. Jihadism repackages traditional concepts to exploit political circumstances in the Middle East. It is when jihadist ideas do so convincingly that they quickly transform into a kinetic physical threat.

To defeat ISIS and to prepare for the jihadist threat that comes next, we need to change from a counter-ISIS to a pro-regional approach that eliminates validating scenarios in the Middle East for jihadist ideas. The key ingredient is our unique arsenal, and our success in defeating ISIS both at home and on the battlefield will depend on how effectively we communicate the fact that our military is not only a force for waging war but also for waging stability. As Henry Kissinger wrote prophetically in 1954, “It is true that ours is an attempt to exhibit Western values, but less by what we say than by what we do.” Our military successes today are the key to undoing the appeal of Islamic State. It is these victories that we can market in our messaging, and it is these depictions of defeat that make Islamic State most vulnerable. Indeed, the group admitted as much in its messaging over the last few months, where it counseled followers to wage “media jihad,” explaining that “half the battle is media.”

The Power (and Problem) of Ideas

Jihadism as we know it today is an intellectual tradition that developed over decades, explicated in scores of texts, cassettes and videos, and adapted to suit local and geopolitical grievances. Al Qaeda has for decades monopolized this tradition through building a sophisticated and secretive organizational hierarchy and staging a series of high-profile attacks that branded its legacy. Islamic State has taken shape through similar tactics, with the addition of exploiting regional instability to realize territorial claims as a caliphate and apocalyptic state.

Why is this important? Seeing the development of jihadism not as a sequence of terrorist acts but as an evolution of a cause informed by both the use of classical Islamic concepts and their application to contemporary circumstances can help us take stock of where our assessments were shortsighted. One can point a finger at any number of missed opportunities that we might have had to stop these groups from taking shape. These include the wisdom of arming Afghan mujahideen, efforts to prevent the tragedy of 9/11 or the failure to pay attention to the rise of Islamic State before they declared their caliphate in June 2014. However, the single consistent dynamic we have failed to appreciate as far as our counterterrorism optic goes is the power of ideas—specifically, how widely, deeply and permanently they can be distributed. In the age of social media, we have a much wider landscape of where ideas are transmitted and by whom.

Our long-term strategic thinking about the challenge of jihadist terrorism must begin by accepting two premises. First, we will never be able to completely stamp out terrorist activity or the occurrence of terrorist acts (indeed, terrorist acts had been committed long before Al Qaeda appeared). Second, we will never be able to completely prevent all individuals from being attracted to jihadist ideas. So long as the means for destruction and the justifications for it exist, so will the possibility of someone committing violence in the name of those ideas. In describing the threat of nuclear weapons, Thomas Schelling reminds us that “One of the lamentable principles of human productivity is that it is easier to destroy than to create. . . . The harm that people can do, or that nations can do, is impressive. And it is often used to impress.”

With these two assumptions in order, we can now hold up a magnifying glass to our current policy conversation on how to stop self-radicalized jihadist terrorism.

Ideas are not Newtonian physics, for which every action has an equal and opposite reaction. The insistence by some communities in government operating within the CVE or “counter-radicalization” space that this is the case is, at best, the result of naïve altruism and, at worst, of hubristic ignorance. Whatever the reason, our budget and national security cannot afford to invest resources into mere bureaucratic back-patting as things currently stand. Once we move away from this action/reaction approach, we can begin to understand the truly distinguishing feature of how ideas can influence individuals to independently radicalize.

At its core, the policy conversation on CVE is informed by flawed assumptions that understate the power of ideas. Examples of this include the talking points of consulting clinicians; “off-ramping” or slowly taking individuals off the proverbial highway towards radicalization, as is established practice with weaning individuals away from substance abuse; and “trust building” with local communities, through initiatives such as interfaith events and community-oriented activities.

Make no mistake: these are all important initiatives as ends in and of themselves. However, they all imply that jihadist ideas are not an explanation. Moreover, because of their Newtonian assumptions about how to influence ideas, there are two reasons why these are ineffective in curbing the appeal of ISIS and other jihadist groups. The first is that the deeper we go into investigating these various factors, the more we realize they are mere catalysts and not causes. In other words, we must remain focused on fighting the pull towards radical Islamic ideology rather than treating the much more elusive personal and social push factors.

The second, and more critical, oversight is that none of these initiatives takes into account the foreign-fighter phenomenon unique to ISIS’s growth: the promise of a Sunni utopia in Iraq and Syria that exists as an actual territorial entity. The longer some analysts and policy communities bizarrely leave out the fight against ISIS in Iraq and Syria from the conversation on countering domestic violent extremism, the farther we go from actually addressing the single root cause of the unique face of jihadist radicalization today—the promise of heroism in the battlefields of Islam. These delusions of military grandeur will exist so long as theaters for apocalyptic sectarian war exist. In policy parlance, these spaces are created in the tumultuous political conditions of the Middle East. Islamic State will remain a temptation so long as not only their cause for fighting, but also their appearance of success, remains. Therefore, to stop jihadist radicalization, we need to be mindful of how events in the Middle East inspire activism abroad.

By understanding the impact of Iraq and Syria on homegrown violent extremism, we can more productively think of ideas not as physics but as chemistry. Iraq and Syria are solvents for enabling theological argumentation to justify violence. Our task should not be to linearly reverse the process of radicalization, but rather to isolate the elements that would make it a particularly lethal chemical cocktail. In terms of policy, then, we need to focus our sights on those spaces in which deadly compounds of ideas come together and to control the conditions that would prevent them from becoming a threat. To do so, we must take a sober look at what the global jihadist threat of the twenty-first century will look like.