After Orlando: How to Confront the New Face of Terror 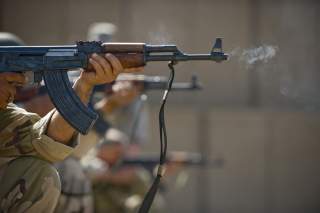 Even before Orlando, there was a case to be made for another 9/11 Commission. A particular reason for that recommendation is that America no longer faces the terrorists of 9/11. There was plenty of evidence to suggest the face of the global Islamist insurgency had come to look very different from what confronted the world over a decade ago. The list is long—from ISIS getting a state to Al Qaeda on the internet, and terrorist travel in an age of refugees and foreign fighters.

When it comes to the threat we are seeing on the American homeland, we have a lot of evidence of what works and what doesn’t against this new wave of global Islamist terrorism.

The New Face of Terror

The United States has a unique terrorist profile all of its own.

An assessment of the threat to the United States drawn from a database and timeline maintained by The Heritage Foundation tracks known Islamist-related terrorist plots aimed at the United States since 9/11 according to publicly available records. All the statistics provided below are drawn from an analysis of this data.

1. The frequency of plots has dramatically increased. There have been twenty-two successful or interrupted terrorist plots in the United States since 2015.

2. Plots are overwhelmingly emanating from the home front. Twenty-one out of twenty-two involved American nationals. All involved a homegrown element.

3. ISIS has become the most dominant influencer—by far. At least eighteen out of twenty-two contained affiliation/support for/inspiration from ISIS.

4. The threat is getting deadlier. Five out of the eleven successful Islamist-related terrorist attacks have been in the last twelve months, resulting in the greatest loss of life from Islamist terrorism on U.S. soil since 9/11.

The trends are clear—more threats, more from inside America, more related to ISIS, more deadly.

Beyond these trends there remains an admixture of plots. Among the most recent plots: five targeted military installations; four targeted law enforcement; nine targeted public gatherings like malls, a beach or bars; and four targeted religious buildings or schools.

In particular, it turns out the distinction between “lone wolf” and other small groups organizing attacks is unhelpful as an organizing principle for counterterrorism operations. There are few truly lone-wolf–type actors, akin to Theodore Kaczynski (the Unabomber), who operated virtually “off the grid” for two decades. Most terrorist attacks, including Orlando, involved contact with other individuals.

What we know for sure is what has been working to thwart the current face of terror. Trends suggest that counterterrorism methods, particularly where local, state, federal and international partners work well together and share information, are the most reliable and consistent means to stop terrorist plots.

Trend analysis also suggests a manner to examine the Orlando terrorist attack—and determine what additional measures might be taken or modified to better prepare to preempt terrorist attacks.

Preventing terrorist access to weapons is often suggested as a means of reducing risk. Since the inception of the national homeland security enterprise, the guiding principle has been to adopt a risk-management approach—evaluating criticality, vulnerability and threat to make a determination of what measures are most efficacious, efficient and cost-effective. Risk management is much more than just looking at vulnerability. In a free and open society of almost 320 million in a country the size of a continent, Americans face almost infinite vulnerabilities. We can’t make Americans safe and secure by undermining their freedoms and liberty in unending efforts to childproof the country. Risk management helps us plot the best course.

The use of weapons in terrorist attacks is a case in point. Guns, of course, are used in armed attacks (also called mass shootings). This is not a new tactic. Increasingly, since the horrific terrorist attack in Mumbai, India in 2008, we have seen terror groups emulate versions of this tactic. But guns, just like planes, pressure cookers and many other instruments of everyday life, are used by many Americans for all kinds of reasons. The best approach, as with all aspects of terrorism, is take a risk-managed approach.

If the current system can be strengthened, it might well be better to focus on the person, rather than guns. Agencies might review the process of how they assess information, make determinations and share data (such as investigative officials, if an individual who has been on the government’s Known and Suspected Terrorist list applies for a firearm).

Again, the best measures would focus on individuals rather than on classes of people.

The role of the internet and social networking is difficult to fully assess. Without question, these individuals use the digital platforms like many others interested in extremist content. Terrorists use the internet for a range of activities, from fundraising to propaganda, recruiting, planning, intelligence gathering, surveillance and operational planning. They also seek to have conversations that can’t be monitored, moving to the “dark” web (using encrypted tools) or the “deep” web (employing sites not indexed by conventional online search engines).

But whether the internet plays a significant or determinant role in radicalization and operationalizing terrorist intent is debatable and certainly varies from case to case.

Other responses call for ramping up Countering Violent Extremism programs. Frankly, there is reason to be skeptical of broad-brush government-run CVE. Programs are particularly problematic here. The size of the radicalized population in the United States attempting terrorist attacks is small. Individuals radicalize for reasons that are different, and often complex. Law enforcement is better off targeting suspected individuals with traditional counterterrorism and law-enforcement methods.

Generic CVE programs make no sense. Programs must be narrowly targeted and clearly defined, with clear goals, metrics and responsible oversight—and there ought to be a clear national-security priority. Islamist terrorism is the only terrorist threat today that rises to that level. Any program, if truly needed, should be limited to Islamist-related terrorist activity and focused on diminishing the threat of terrorist activity as defined by statute (as opposed to any other form of public activity or expression). Such programs should be focused to deal with particular threats as opposed to a general information campaign with appropriate review and sunset provisions to ensure the programs are used only as long as they effectively support law-enforcement activity and are needed.

More important than CVE per se are community outreach programs. They remain a vital tool. The United States should facilitate strong community outreach that empowers community policing and intelligence-led policing practices. Such capabilities are key to building trust in local communities.

The Case for Thoughtful Action

Over time, as the investigation unfolds, there maybe new aspects of the Orlando attack that prompt reconsidering existing measures. Further, it always makes sense to carefully review proposals that have been introduced before and see whether trends of the threat against the United States over time––not just in light of one attack––warrant renewed consideration.

This approach calls for careful deliberation.

Merely doing something won’t make America safer. Doing the right thing will. And that is the best way to stay one step ahead of the enemy.