After Ukraine and Coronavirus, Globalization Should Be About Freedom 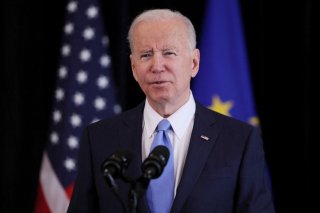 Globalization should be about freedom: the freedom to choose the principles and standards of the economic playing field. It’s time for the Western community to think about the importance of its partnerships. The evidence is unmistakably clear: The transatlantic economy is where prosperity originates; it’s where all of the right ingredients for continued economic success exist; it’s where the most fundamental economic enablers are mature and supportive for continued economic successes.

For a long time, the United States and European countries have mirror-imaged our Western concepts of doing business onto how we want to view Russia and China. It’s time to accept that both Moscow and Beijing have disguised the rules of the liberal free-market economy to gain access and resources to the global market for their benefit.

The current conflict in Europe because of Russia’s unprovoked invasion of Ukraine will have long-term negative economic consequences. Further, it will accelerate trends already provoked by the pandemic, including trade tensions between the United States and China, climate change, and technological disruptions. The pandemic surfaced the West’s critical dependence on Chinese products. The war in Ukraine showed Europe’s pivotal dependence on Russian fossil fuels.

The Pandemic and the War in Europe

Two consecutive Black Swan events should cause a complete re-evaluation of our collective attitudes towards globalization and partnerships. The pandemic crisis and its disastrous repercussions and the Russian war in Ukraine have made clear the West’s vulnerabilities to disruptions in supply chains and energy sources.

The global economy suffered an unprecedented recession, with a negative growth rate of 3.5 percent in 2020 because of big disruptions in trade and investment. Since 2020, the pandemic has cost the global economy $16 trillion, resulting in massive job losses. 22 million jobs have been lost in advanced economies alone.

Only China managed to keep a positive economic growth rate of more than 2 percent in 2020, jumping into 8.5 percent in 2021. Since 2014, China has become the largest exporter in the global economy. In 2021 alone, its exports of goods reached a record high of 3.4 trillion U.S. dollars.

Our system of economic interdependence, established to create a thriving international marketplace while taking advantage of the global division of labor, was also coupled with the deindustrialization of advanced countries and the transfer of technology to emerging manufacturing powerhouses such as China. This system overlooked the single point of failure: an overdependence on China.

Fast forward to 2022. A war in Europe and an entirely man-made humanitarian disaster; the battle for freedom and democracy in Ukraine will have long-lasting implications for Europe and the world.

In addition to the tragedy of lost lives and the humanitarian crisis, the war is causing massive economic destruction, loss of productive capacities, and collapse of trade flows and foreign investment. According to the International Monetary Fund, the Ukrainian economy will shrink up to 35 percent in 2022 alone. After the annexation of Crimea in 2014, the Ukrainian economy suffered a deep recession of almost 10 percent.

The spillover effects will not stop at Ukraine’s neighbors, who are contending with a refugee crisis, but will be felt across Europe through rising commodity and energy prices, supply chains disruptions, and the spillover effects of the financial sanctions on Russia. Forecasts estimate that the economic growth rate in the European Union will be down to 2 percent in 2022 from the previously forecasted 4 percent.

Agricultural and commodity prices are soaring as supply chains are facing disruptions. Oil prices are rising to unprecedented levels, and gas prices in Europe have increased 50 percent this year, on top of the five-fold rise of last year.

The European economy is heavily dependent on Russian oil and gas (for 40 percent of European gas needs). European payments for Russian gas, oil, and coal reach up to $900 million per day. Just since the start of Russia’s invasion, the EU has already paid $38 billion to Russia. European policymakers are concerned with finding ways to shield public consumers and industries from the fallout of shrinking supplies and skyrocketing fossil fuel prices.

The EU Commission is pushing to move away from Russian energy sources, envisioning becoming independent from Russian oil, coal, and gas; reducing reliance on fossil fuels; and expanding European renewable energy sources. The plan is to end imports of Russian energy before 2030, and reduce demand by as much as two-thirds in 2022. Energy diversification in real-time will come at costs for the EU, at least $220 billion per year. In the short term, higher energy spending will negatively affect consumers and businesses in Europe. However, in the long-term, it would be in line with what the EU is spending to achieve its Green Deal objective, which envisions $80 billion in annual funding to member states for the clean energy transition during 2025-2032.

Need for a Transatlantic Economic Reinvention

Russia’s invasion of Ukraine and the Covid-19 pandemic are wake-up calls for the future of globalization. It’s time for the Western community to think about the importance of partnerships.

The transatlantic economy remains the most dominant and interconnected force in the global economy, making up in 2021 more than 30 percent of the global economy, with $40 trillion in real GDP. Trade levels between the United States and the EU significantly dwarf trade activities with China and Russia, despite the Covid-19-induced recession; the United States and Europe remain each other’s most important markets.

To increase the West’s economic resilience, transatlantic supply chains need to be rebuilt to provide redundancy in key national security sectors and to eliminate dependencies on China and Russia. The need to “re-shore” the production of critical goods within the transatlantic economy and diversify production networks is needed. In bringing the production and supply networks closer to home (nearshoring), more attention needs to be devoted to Eastern and Southeastern Europe to support the socio-economic development of countries vulnerable to economic coercion. The transatlantic partnership should establish critical Western infrastructure development protocols to safeguard its vital infrastructure and strategic industries. New investments in automation, robotics, artificial intelligence, and clean energy will prove to be cost-effective investments in the long term to provide for security and prosperity within the Western community.

Innovation, rules-based institutions, and technological competitiveness drive the transatlantic economy, which was purposefully designed for success in the aftermath of World War II. It’s the transatlantic community where Western prosperity lies, where the economic playing field is governed by the free-market liberal principles and standards. Globalization should be about freedom.

Dr. Valbona Zeneli is a Professor of National Security Studies and the Chair of the Strategic Initiatives Department at the George C. Marshall European Center for Security Studies. She is also a visiting Europe’s Futures Fellow at the Institute for Human Sciences (IWM) Vienna. The views expressed are her own and do not necessarily reflect the positions of the U.S. Government, the U.S. Department of Defense or any of its components.