The Afterlife of Empire 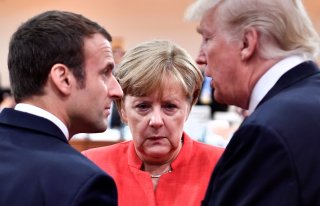 NEVER BEFORE has imperialism been so condemned as now. European colonialism continues to constitute a raw and living memory in the collective minds of its hundreds of millions of victims and their descendants, even while each and any aspect of racism is noisily condemned in the United States. Empire, in other words, has come to represent the world-historical face of racism writ large. It might seem that empire has no future in today’s globalized world, where one culture cannot simply appropriate other cultures as its exotic and “privileged terrain,” to quote the late Columbia University professor Edward W. Said, whose brilliant 1978 book, Orientalism, has for decades served as something of a call-to-arms for leftist intellectuals across the globe who remain livid about Western domination of the developing world. But has empire truly been consigned to a dark age? In a formal sense, certainly. No government official anywhere dares refer to his country’s foreign policy as imperial. Yet in a functional and operational sense, especially as we enter an age of great power conflict, imperialism lurks behind the scenes as an organizing principle of geopolitics, difficult as it may be to admit. Retired Oxford historian John Darwin explains that because natural resources and geographical fortune have never been evenly distributed, making the building of ethnically-based states problematic, empire—in which a number of different peoples fall under the sway of a common ruler—“has been the default mode of political organization throughout most of history.” Empires may leave chaos in their wake, yet it is also true that they have arisen as a solution to chaos, allowing us to set our lands in order, observed Luo Guanzhong, the fourteenth-century Chinese writer and historian. If this all seems a bit antiquarian, just look with clear eyes at today’s world.

THE MUSCULAR actions beyond their borders of the three principal contenders for global dominance— China, Russia, and the United States—are imperial in spirit if not in name. China’s Belt and Road Initiative (BRI) is the British East India Company in reverse, going from east to west rather than from west to east. BRI’s network of roads, railways, pipelines, and ports across Eurasia is grounded in geopolitical, mercantile, and military— that is, in imperial—logic, and follows the pathways of the medieval Tang and Ming dynastic empires. Russia’s attempts at undermining the countries of its near-abroad—from the Baltic states and Belarus, through the Balkans and Ukraine, to the Levant—is a naked attempt to recreate the contours of the Soviet empire and its shadow zones. Meanwhile, the United States maintains decades-old alliance structures, however frail, throughout Europe and the Far East; not to mention military bases in the Middle East and elsewhere. In terms of its challenges and frustrations overseas, America is in an imperial-like situation, and can only be compared to other world empires in modern history, like the British and the French.

Obviously, it is inapt to draw a moral equivalence between the boisterously democratic United States and the two authoritarian powers, China and Russia. But the history of global conflict has often featured vast moral differences between competing empires. Rome, with all of its iniquities, was still the most enlightened empire of its day. The Habsburg and Ottoman empires, with their estimable cosmopolitanism and explicit protection of minorities, were far more enlightened than their World War I adversary, the czarist Russian empire, which featured enthusiastic acceptance of violent anti-Semitism. The British empire, its manifest faults notwithstanding, was, to say the least, a far superior enterprise to Hitler’s new and genocidal imperium stretching from France to the Russian heartland. Empires at war and in competition with each other have often been dissimilar when it comes to basic morality.

The essence of an imperial reality is a profound inequality in the global distribution of power. And that manifestly defines our current age. The United States and China are literally competing for global domination, with Russia not too far behind. Nearly every country on the map is in play, owing to the competition over 5G networks. In this sense it really is like the Cold War. Remember, once the British and French empires collapsed in the midst of the Cold War, the competition between the United States and the Soviet Union quickly advanced beyond Europe to the global stage, as newly liberated colonies in Africa and Asia became up for grabs. One type of imperial competition, involving the British and French, was perforce replaced by another, involving the United States and the Soviet Union. Of course, formal colonies were consigned to the past, perhaps less because of humanity’s moral improvement than because they no longer made economic sense.

The United States and the Soviet Union were both missionary powers: each seeking to impose upon the world its own value system, and to prove which side history was really on. China, which seeks new markets and economic exploitation—and remains somewhat indifferent to the political systems of targeted countries—has actually returned imperialism to its classic, pre-missionary roots.

Even secondary powers in today’s world have sturdy imperial ancestries. Hindu nationalists in India celebrate the Nanda, Mauryan, and other ancient imperial dynasties which once spread beyond India’s current borders to encompass parts of Afghanistan, Pakistan, Bangladesh, Sri Lanka, and Nepal. Clerical Iran projects power with its proxy armies and militias in the same places where Persia has been active for thousands of years. The map of Iranian influence bears striking resemblance to the imperial cartography of the Achaemenid, Sassanid, and Safavid empires, in which the people of the Iranian plateau sought to dominate the Arabs and other peoples of the Middle East. As for Turkey, President Recep Tayyip Erdogan’s foreign policy is palpably neoOttoman, as he tries to exert economic, diplomatic, and military power in the Balkans and throughout the Arab world, and especially beyond Turkey’s borders in Syria and Iraq. Erdogan has even criticized the 1923 Treaty of Lausanne, which formalized Turkey’s post-imperial borders, as leaving the country too small. None of these countries are repentant about their imperial legacy. Quite the contrary. Rebuking imperialism is a Western phenomenon— though not entirely.

Then there is the European Union, in which a bureaucratic elite only partially answerable to its subjects and headquartered in northwestern Europe governs the daily lives of far-flung peoples ranging from Iberia to the Balkans. Guy Verhofstadt, the former Belgian prime minister and one of the most prominent members of the European Union’s parliament, told an audience last year in the United Kingdom that, “The world of tomorrow is not a world order based on nation states or countries. It is a world order based on empires.” Thus, he argued, there was no European future outside the imperial-like dimensions of the European Union. The recent $857 billion aid package in which northern Europe, principally Germany, essentially subsidizes southern Europe, allows Italy and other countries to stay in the Eurozone and keep buying German consumer goods: this is a variation of China’s Belt and Road Initiative in which China lends money to countries for ports and other infrastructure, so that they can then hire Chinese workers and companies to do the construction. It is in this way that imperial powers internationalize their domestic economies.

IN THE event that Joe Biden is elected president of the United States, the imperial reality of today’s world will only become more obvious. After all, President Donald Trump has been a nationalist with a neo-isolationist streak: the very opposite of imperial. He has voiced contempt for America’s alliances and its other military and diplomatic commitments abroad, especially in the Muslim Greater Middle East. Trump’s foreign policy harbors no sense of idealistic mission or cosmopolitanism for that matter, which has helped define some of the greatest empires of the past, including Rome’s, the Habsburg’s, and Great Britain’s.

Biden, on the other hand, intends to reassure America’s allies the world over and repair our alliances. His election, moreover, will herald the return of the Washington foreign policy establishment—that is, of “the Blob,” a term coined by Ben Rhodes, an official in the Obama administration. Rhodes meant the term disparagingly. In President Barack Obama’s mind, the Blob stood for an overactive American missionary role around the globe that had culminated in the Iraq and Afghanistan wars. In fact, the Blob constitutes the cadre of officials trained at the best schools and think tanks and capable of manning the vast bureaucracies at the State and Defense departments. As a group, it believes in rebuilding America’s alliance structures and strengthening our overseas commitments. In historical and functional terms, therefore, the Blob is very much an imperial elite, though its members would decry the term: harking back, as it does, to the international system created by America in the wake of World War II.

For the Blob, Trump’s original sin has been working to dismantle the liberal international order that both the far-Right and the far-Left in the United States specifically denounce as imperial. (Just read the websites of The American Conservative and The Nation.) They are actually on the mark in their historical assessment: for seventy-five years, the liberal international order has comprised the most advanced form of imperialism the world has ever known: so advanced that it really represented a sort of benign afterlife of empire—a solution to empire that provides for the stability once afforded by imperialism but without its cruelties. Indeed, simply because a foreign policy has imperial tendencies does not automatically mean it is irresponsible or unenlightened. The key is not to denounce imperialism per se, but to recognize that it, as the most common form of political order throughout human history, comes in an infinite variety of forms, from the morally chilling to the morally edified, from the overt to the subtle. Truly, we shouldn’t seek to deceive ourselves about who we are and what we have been doing around the world; and neither should we become obsessed with the use of a term in the way that the political extremes in the United States have. We need to stop demonizing empire in order to move beyond it, and to understand ourselves and our world better.