The Aftermath Plan for Afghanistan 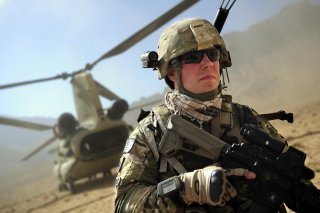 It is no secret that President Donald Trump never fully embraced the ongoing war in Afghanistan. He often complains that the military is acting more “as a police force” than warfighters and except at the beginning, “we never really fought to win.” While such statements are emotive and controversial, they also reflect a shared frustration with “forever wars” by the public and veterans. After nineteen years of conflict, Trump argues that he is not acting impulsively in expressing his desire to “bring our soldiers back home” from Afghanistan as soon as possible.

Unfortunately, the security situation in Afghanistan is grim. The Taliban controls many of the country’s 398 districts; twenty U.S.-designated foreign terrorist organizations are active in the country; the government is hindered by internal disputes, and the coronavirus pandemic is a serious public health crisis. Nevertheless, the Department of Defense is currently in the process of reducing U.S. forces from twelve thousand to eighty-six hundred in mid-July with a planned departure of all troops by May 2021. There are also reports that the Pentagon is preparing options to complete the withdrawal before the presidential election in November. Regardless of the pace of the drawdown, the Taliban may soon realize what deputy leader Sirajuddin Haqqani calls its “first and foremost demand” for the extraction of foreign forces from Afghanistan. This is a remarkable change from the one hundred thousand U.S. troops serving in the country a decade ago and while the administration’s focus has been on the withdrawal, the Department of Defense would be prudent to plan for a potential redeployment of forces to Afghanistan. Given the volatility within the country and the South Asia region, there is a real possibility that vital U.S. national security interests could be threatened in the future.

On February 29, 2020, the United States and the Taliban signed the Agreement for Bringing Peace to Afghanistan in Doha, Qatar. The document specified the U.S. commitment to withdraw “all military forces of the United States, its allies, and Coalition partners, including all non-diplomatic civilian personnel, private security contractors, trainers, advisors, and supporting services personnel.” In return, the Taliban agreed to “not allow any of its members, other individuals or groups, including al-Qa’ida, to use the soil of Afghanistan to threaten the security of the United States and its allies.”

Unfortunately, the Afghan government was not a party to the so-called “Doha Agreement” and neither its citizens nor its security forces were afforded these protections. Following a weeklong “reduction in violence,” which was intended to inspire confidence in the peace deal, the Taliban launched attacks in twenty-seven of the country’s thirty-four provinces. Presumably, the intent behind the attacks is to allow the Taliban to negotiate from a position of strength by straining the government’s ability to provide security for its people. In response to the increased violence across the country, President Ashraf Ghani ordered an offensive against the Taliban that does not bode well for political reconciliation.

Meanwhile, systemic corruption and political infighting between Ghani and his rival Dr. Abdullah Abdullah has complicated negotiations with the Taliban. Despite some progress on prisoner exchanges and a three-day ceasefire in observance of the Eid al-Fitr holiday, the intra-Afghan dialogue described in the Doha Agreement is off to a rocky start. There is also concern in Kabul that rather than integrate into the political process, the Taliban will instead do everything it can to undermine the Afghan government. Outlasting the United States and its “puppet regime” in Kabul has been a longstanding goal for the Taliban and one of its commanders recently said that “Until an Islamic system is established, our jihad will continue until doomsday.” Moreover, the Taliban has reportedly drafted a charter containing a list of 149 articles including an “Islamic Emirate” that is incongruent with the current system of government.

Afghan government officials are understandably wary of the Doha Agreement’s requirement for the removal of all U.S. and coalition forces from the country. Their skepticism should be viewed within the context of the tragic events following the withdrawal of Soviet Union forces in Afghanistan in 1989, including the brutal civil war that eventually brought the Taliban to power in 1996. Will history repeat itself in 2021? Moreover, the recent drawdown of U.S. forces from Syria elicited accusations that Washington “betrayed” the Kurds. Could Kabul be next?

To attenuate the risk of fomenting another Afghan civil war and creating a refuge for terror groups, Trump has claimed that “we can always go back if we want to” and the U.S. military can “strike with a thunder-like never before, if necessary.” While this statement will strike some as cavalier, military planners are more clear-eyed about the challenges associated with a return to the battlefield if directed by the commander-in-chief. The technical details surrounding the elimination of the U.S. military footprint in Afghanistan are important because they will affect the difficulty of a potential redeployment of combat forces. Examples include arrangements regarding future access to military airbases, forward operating bases and other critical infrastructure in the country. Depending on force size, military planners will have to address staging and logistical requirements within the Central Command region to facilitate the deployment and establishment of a credible and effective military posture in Afghanistan. These operational considerations (and potential limitations) highlight the requirement for a robust and enduring intelligence capability to provide early indications and warnings of potential threats that would necessitate the redeployment of U.S. troops to Afghanistan.

Compounding these challenges, military planners will likely assume any redeployment to Afghanistan will be a unilateral operation. The Doha Agreement requires coalition partners to draw down military forces along the same timeline as the United States. That means NATO is likely to face stiff resistance from member states to return to Afghanistan absent a crisis that directly threatens the Alliance. The current tensions surrounding U.S.-NATO relations only exacerbate the situation.

Finally, the withdrawal of all U.S. and coalition trainers and advisors is another concern for military force planners. Already under siege from the Taliban and other terror groups, they will be interested in monitoring the performance and effectiveness of Afghan security forces absent mentorship, air support, logistics and other key enablers. The possibility of operating in Afghanistan without a viable host nation security partner will affect the size and composition of U.S. forces while making it more difficult to accomplish whatever the assigned mission.

The debate about whether the Doha Agreement is a good or bad deal is moot as the Trump administration is determined to withdraw U.S. combat troops as soon as possible. Unfortunately, the prospects for a political settlement between the Taliban and the Afghan government appear remote and the risk of inciting another civil war that produces terrorist sanctuaries hangs in the balance. Afghanistan is known as the “Graveyard of Empires,” but its people will bear the heaviest burden if the accord fails and chaos ensues. Planning now to address the myriad operational challenges and resources required to successfully redeploy military forces in an expeditious manner will minimize the risks to core U.S. national interests.