An Aging World, a Dying Economy? 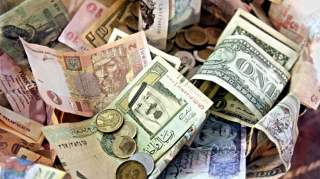 Milton Ezrati, a partner and global strategist at the investment firm Lord Abbett Co., is a regular contributor to the National Interest. He writes about economic trends, and his most recent book was Thirty Tomorrows, a study about the next three decades of globalization and demographics. He brings a keen and insightful mind to some of the most pressing issues facing the United States, Europe and Asia, including technological change and the strength of the dollar. Contrary to many analysts, he does not believe that the Western world is doomed to see lower standards of living. Adaptation can and must take place.

In his interview with National Interest editor Jacob Heilbrunn (taped on January 20, 2015), Ezrati ranges across a wide variety of topics—from the quantitative easing of the Federal Reserve to President Obama's proposed tax plans—to explain how America can continue to prosper. He laments what he sees as Obama's failure to propose a serious program of tax reform and endorses the Simpson-Bowles Commission's earlier calls for a dose of fiscal austerity. When it comes to the surprising strength of the dollar, Ezrati believes that it is more of a sign of the weakness of America's competitors than any current great prowess of the economy. Probing and skeptical, Ezrati shows why anyone interested in the future of global economic trends would do well to listen to his counsel.