Al Qaeda and the Taliban: Not the Same Thing 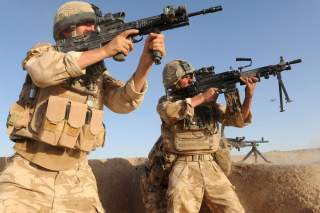 U.S. policy makers have demonstrated an unfortunate inability to distinguish between governments or movements whose agendas are confined to local or subregional objectives and those governments or movements that have global ambitions hostile to American interests. That maddening tendency was on display again in the negative reaction to the Obama administration’s decision to trade five imprisoned Taliban leaders for the release of Sergeant Bowe Bergdahl. Critics in Congress and the news media acted as though the administration had released high-level Al Qaeda operatives involved in the 9/11 terrorist attacks.

That reaction continues the trend of conflating the Taliban and Al Qaeda as though the two are organizational conjoined twins. In marked contrast to Washington’s attitude during the first few years after 9/11, when the justification for the U.S.-led military intervention in Afghanistan was to smash Al Qaeda, defeating the Taliban gradually became the primary rationale for continuing the military mission. Al Qaeda is now barely an afterthought in foreign-policy discussions regarding Afghanistan.

It is uncertain if the process of conflating the Taliban and Al Qaeda—and making the former the senior partner—was a deliberate “bait and switch” tactic on the part of U.S. leaders or if it merely reflects sloppy thinking, but the result is the same in either case. Al Qaeda is a global terrorist movement with the United States (including the American homeland) as a prominent, if not the primary, target. The Taliban is a Pashtun political movement with a focus on Afghanistan and Pakistan’s largely Pashtun border-region. Its principal adversaries are rival ethnic groups, especially the Uzbek and Tajik forces that made up the Northern Alliance in Afghanistan and became crucial supporters of President Hamid Karzai’s government.

Had Mullah Omar’s regime in Kabul not granted Al Qaeda a hospitable sanctuary during the late 1990s, and then refused to turn over AQ leaders to the United States following the 9/11 attacks (citing the obligation of a host not to betray guests), there would have been little reason for Washington to launch a military crusade against the Taliban. True, Taliban rule was a horrific example of brutal religious zealotry; but the world is filled with obnoxious, repressive regimes—including the stifling theocracy in Saudi Arabia. Yet Washington has never been tempted to conduct a military crusade against Riyadh. To the contrary, U.S. leaders have considered the odious Saudi monarchy a valuable ally for the past seven decades.

Conflating the agendas of the Taliban and Al Qaeda is a major blunder that has mired the United States in Afghanistan’s internal political rivalries—at a tremendous cost in blood and treasure. We portray a party with a limited, localized agenda as a global terrorist adversary that has the United States in its crosshairs, when it was never anything of the sort.

This is hardly the only case in which Washington has made such a mistake—with tragic consequences. Perhaps the most infamous case was the United States’ policy toward North Vietnam from the mid-1950s to the collapse of South Vietnam in 1975. In March 1953, barely two months into the new Eisenhower administration, Secretary of State John Foster Dulles expressed his alarm about developments in Southeast Asia. The struggle between the French and the communist Viet Minh was relevant not just to that region, he told the president, but to Washington’s overall strategic position. Dulles argued that Indochina was “in some ways more important than Korea,” where the United States was in the midst of a major war. Why was Indochina, especially Vietnam, so important? Because “a loss there could not be localized, but would spread through Asia and Europe.”

In all four relevant administrations (Eisenhower’s, Kennedy’s, Johnson’s and Nixon’s), U.S. officials insisted (and apparently believed) that Vietnam was about much more than Vietnam. In a key report following his mission to Saigon in late 1961, General Maxwell Taylor epitomized such thinking: “It is my judgment and that of my colleagues that the United States must decide how it will cope with Khrushchev’s “wars of liberation,” which are really pare-wars of guerrilla aggression.” In other words, the fighting in Vietnam was not part of a mundane civil war but was merely another theater in the geostrategic struggle against Moscow, or more broadly, against international communism. It was rare that U.S. leaders regarded Hanoi as anything other than a tool of the Soviet Union and/or China.

The thesis that Hanoi was Moscow’s willing servant was far-fetched and ignored strong signs of Vietnamese nationalism, if not chauvinism, both in the Viet Minh insurgency and later, in propaganda put out by the North Vietnamese government. But the notion of North Vietnam as a Soviet puppet was plausible compared to the argument that Hanoi was doing China’s bidding. Given the historical enmity between the two societies, China was literally the last country in the world that Vietnamese, of any political persuasion, would want to have as a patron, much less a master. Washington’s inability (or unwillingness) to recognize the importance of Vietnamese nationalism led to a long, bloody intervention that produced a foreign-policy failure and created bitter divisions in the United States.

Unfortunately, U.S. leaders continue to make similar simplistic assumptions about political movements that have limited agendas. Policy toward the Taliban is a prominent recent example, but there are other cases of lazy assumptions. Officials should, for example, question whether Hezbollah is simply an Iranian cat’s paw and part of a global terrorist movement directed from Tehran. It may instead be a distinct political actor with its own, more limited, goals. There are certainly indications that Hezbollah regards itself as a major player in Lebanon’s parochial politics, representing the interests of the Shiite community there in its struggles with Christian and Sunni rivals.

Likewise, as U.S. leaders formulate a response to the military offensive currently being conducted by the Islamic State of Iraq and Syria (ISIS), it is crucial to soberly assess the political dynamics. Specifically, we need to determine whether ISIS is merely a subregional actor with the goal of creating a new Sunni state out of rapidly fracturing portions of Syria and Iraq, or whether the organization is truly “an Al Qaeda affiliate,” as has widely been charged, and shares Al Qaeda’s global agenda with a fanatical focus on the United States as the great enemy. The latter scenario may warrant a U.S. response; the former does not.

Blandly assuming that political movements are automatically components of a large-scale threat directed against America, leads to unnecessary U.S. entanglements and missed opportunities for constructive dialogue. We’ve made that mistake before, and we need to adopt more flexible thinking to prevent similar blunders in the future.

Ted Galen Carpenter, a senior fellow at the Cato Institute and a contributing editor at The National Interest is the author of nine books and more than 550 articles and policy studies on international affairs.