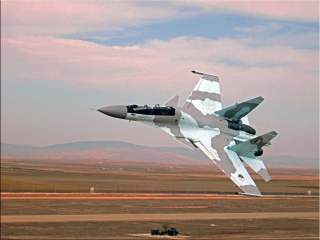 The inner workings of Algeria’s opaque state structures are a mystery for many foreign observers. Since the country gained independence in 1962, Algeria’s inward-looking regime has jealously guarded its ability to conduct state affairs without outside interference. In 2012, as Western powers contemplated military action against jihadi groups in Northern Mali, European and American diplomatic delegations heavily lobbied Algerian government officials for support with no success.

Algeria’s deployment capability and its intimate knowledge of jihadi militancy, gained during its decade-long civil war in the nineties, made it a prime candidate for the role of “regional policeman.” The country’s financial stability and its traditional influence over Sahelian neighbors were perceived as leverageable assets in this new front of the “War on Terror.”

Hillary Clinton, Laurent Fabius and a number of other senior Western envoys were dispatched to meet with President Bouteflika to convince him. But their requests were met with skepticism inside the regime and the president and his team deflected their proposals time and time again—in short, “thanks, but no thanks.”

Algeria’s leadership has always shown great reluctance in assuming an overly assertive leadership role in the country’s traditional “zones of influence.” This is particularly the case for security issues, where Algeria shied away from acting as a “policeman” in the Sahel in times of crisis. National sovereignty and noninterference in the internal affairs of other states are sacrosanct doctrines of Algerian foreign policy inherited from a staunchly anti-colonial and nonaligned legacy. Furthermore, the country’s historic rivalry with its neighbor Morocco and its own struggle with a violent, domestic jihadi insurgency heavily drained its military, pulling focus away from Sahelian matters.

The fall of the Gaddafi regime in 2011 marked the start of troubling times throughout North Africa. As Libya’s institutions collapsed, the country gradually become a safe-haven for Al Qaeda in the Islamic Maghreb (AQIM) and affiliated militia groups, such as Ansar Al Sharia. In neighboring Mali and Tunisia, the presence of terror groups in mountainous border regions and the discovery of weapons caches raised alarms in Algerian security circles.

But it was undoubtedly the attack on the In Amenas oil and gas facility in early 2013, carried out by Mokhtar Belmokhtar’s terrorist group, the al-Mua'qi'oon Biddam Brigade, which jolted the Algerian Etat Major. Even at the height of the civil war, Algeria’s oil and gas facilities had remained unattainable fortresses for jihadi militants. The attack triggered an unprecedented debate over Algerian foreign policy within the regime. In the press and civil society, the country's traditional noninterventionism came under tremendous scrutiny. How could a handful of Islamist terrorists take hundreds of hostages at such a sensitive location? Why were no preemptive actions taken to prevent or predict such an attack?

Deep structural changes were carried out inside Algeria’s all-powerful intelligence agency, the Département du Renseignement et de la Sécurité (DRS). A number of senior officers from the department were dismissed and several of the DRS’ units were reportedly placed under the Army chief of staff’s direct control. It was In Amenas and its consequences that pushed Algerian decision makers towards rethinking their doctrines and ultimately prompted a revival of the country’s diplomatic efforts.

Since those events, Algeria has taken to more proactive action. Algeria has begun to come out of its shell, and the country is weighing in on political and security developments in neighboring countries, such as Tunisia. Behind closed doors, some Tunisian officials have taken to referring to Algeria as a “big sister” on security matters. Over the past few months, security officials from both countries have been meeting very regularly to discuss joint operations against militants in the Chaambi Mountain border region. Tunisian special forces are learning from their more experienced Algerian partners, using valuable shared intelligence and counterterrorism techniques. This form of security cooperation is the first of its kind in a region where governments distrust one another.

In September 2013, Morocco’s King Mohammed VI visited Mali and attempted to reposition Morocco as a mediator in talks between the different actors in the conflict. The newly appointed foreign minister, Ramtane Lamamra, and his team toured the region and secured peace talks between protagonists in the Malian conflict.

Another country where Algeria’s diplomatic efforts are already making an impact is Mali. Peace talks, between the Malian government and the various rebel groups from the North are ongoing in Algiers’ El Aurassi Hotel, and although success for the talks remains elusive, “the fact that they are held in Algiers is a major diplomatic success in itself,” an experienced Algerian diplomat told me, “it’s also a success given the multiplicity of actors involved and the distrust between them. The talks prove that our commitment to negotiations from the start of the crisis was justified.”

On August 30, two of the seven Algerian diplomats kidnapped by MUJAO in the Malian city of Gao in 2012 were released following discreet negotiations. During negotiations, there was never talk of ransom payments. The two diplomats were the only remaining Algerian hostages from the original seven. Three diplomats were freed in July 2012 and two others died in captivity.

For the Algerian authorities, their release vindicated their long-held policy of “zero tolerance” towards ransom payments to terror groups. In the last decade alone, Al Qaeda in the Islamic Maghreb is believed to have amassed between $50 and $100 million in ransom money from the kidnapping of foreigners in the Sahel region. Those ransom payments were often made by foreign powers through third parties, which infuriated Algerian security officials.

On a visit to Algeria this past week, France’s army chief of staff Pierre de Villiers reportedly attempted to convince his Algerian counterpart, General Ahmed Gaid-Salah that Algeria had a role to play in joining or possibly assisting a potential military intervention in Libya—a “reckless” course of action Algerian officials outright rejected, according to local press reports. Instead, Algeria offered to host negotiations between warring Libyan factions.

The Algerian regime is not likely to give its support to any foreign intervention in Libya, which it continues to view as a potentially aggravating factor to an already volatile political and security landscape. Behind the scenes in Washington this week, Foreign Minister Lamamra attempted to convince John Kerry that restoring the legitimacy of the Libyan government and providing some form of stability in the country cannot be achieved using military action alone.

“We would prefer to achieve security arrangements between the Libyans. For us to be associated with adventurous foreign military interventions would be catastrophic for our own domestic security. It will only embolden armed groups throughout the region,” an Algerian government source told me. In short, Algeria’s position on the matter is not entirely selfless, nor is it passive.

In June this year, reports in the French press claimed Algerian special forces (4th regiment parachutiste and the “Group d’Intervention Speciale”) were already acting in joint operations with American and French forces to go after AQIM-affiliated jihadi targets in Libya. A number of defense experts also claimed Algeria and Egypt could be working together behind the scenes to undertake targeted militarily operations—rumors immediately denied by Algerian security forces.

Even so, Algeria’s mass military buildup along its border fueled rumors the country could be preparing to act military. Algerian troops, believed to range between 25,000 and 40,000 soldiers at the border, could be preparing to deal with a spillover from Libya. More revealing still is Algeria’s military spending since 2011. The Algerian Armee Nationale Populaire (ANP) has undergone a considerable modernization effort of its equipment, especially in surveillance. Its defense budget is expected to grow by an additional 10 percent in 2015.

Nevertheless, the increase in Algeria’s military spending is not likely to translate into any military action in the foreseeable future. Officials in Algeria still hope they can steer regional stakeholders away from simplistic military interventionism, towards political solutions and “greater responsibility.”

It wasn’t long ago that Algeria and its leaders were shunned by the international community for their no-nonsense approach to domestic Islamist insurgency. But in the post-9/11 world, Algeria’s methods were vindicated as foreign security agencies looked to their Algerian counterparts for counterterrorism assistance and intelligence sharing. The country’s international standing has also since been rehabilitated by the United States, the UK and France as they seek regional allies in the “War on Terror.”

The fierce debate raging inside the Algerian regime over interventionist action will continue. For now, North Africa’s “reluctant policeman” will no doubt stick to a number of its noninterventionist dogmas. However, should a cataclysmic event like In Amenas occur on Algerian soil once more, the country will probably have no choice but to take decisive action.