Alliances Are a Net Gain, Not a Loss, for America 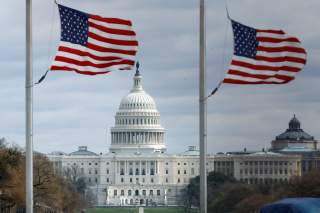 Recently, following a meeting with the North Atlantic Treaty Organization’s (NATO) G7, United States President Donald Trump used Twitter to express his frustrations with the European alliance network. The president noted that the United States pays “close to the entire cost of NATO— protecting many of these same countries that rip us off on trade.” He also said that “Germany pays 1% (slowly) of GDP towards NATO, while we pay 4% of a MUCH larger GDP.” In these tweets, Trump echoes two large myths about America’s alliance system. These myths are that NATO allies free ride off the United States and that American allies provide little-to-no security benefit.

The idea that European allies free ride off U.S. security spending is long-standing. George Kennan posited that a united Europe would effectively balance against the Soviet Union, but politicians are less trusting. Dwight Eisenhower frequently lamented that European allies were not spending enough for their defense. Furthermore, historical documents show that, when England cut its defense spending in the mid-1960s, the Johnson administration was noticeably frustrated. Moreover, according to Pew Research Center’s surveys conducted since the end of the Cold War, most Americans support NATO, but a large proportion believes Washington’s policymakers spend too much money helping the organization. In other words, Americans think that NATO allies are paying their “fair share” on defense, and thereby take advantage of U.S. security spending. Consequently, there is broad acceptance regarding the myth of a free riding NATO.

The problem is that this myth ignores Kennan’s still-standing Cold War logic. For Kennan, the central idea of NATO was to de-securitize Western European states and, paradoxically, strengthen European security. This meant that by reducing the Europeans’ state-led processes of increasing power, European states would focus on “collective security” instead of just their own. Such a plan was compelling because, after World War II, European states faced a threat from communism and the Soviet Union. Accordingly, they were willing to avoid things like building nuclear weapons so that they could join Washington’s “security umbrella.” Furthermore, this increased European collective security. Additionally, for the United States, this reduced the likelihood of war between its European allies and provided a way to balance against the Soviet Union.

In the present, while there is no Soviet threat, avoiding a European security dilemma is advantageous for Washington. G. John Ikenberry’s book After Victory examines the history of “world order.” He finds that liberal, rules-based orders—like that established by the United States after World War II—last longer and are significantly more peaceful than both hegemonic rule and “balance of power” systems. Two of the most critical contemporary threats to the rules-based order is Russia’s and China’s rising power and their expanding interests throughout Europe. NATO serves to counteract those threats, and in doing so, maintains the international system’s stability. Therefore, retrenching from Europe is another grave threat facing the U.S.-led international order, and one Trump should take seriously.

The second myth that Trump’s statements feed is that United States’ alliances provide minimal benefits. Individuals who agree with this argue that Washington’s commitments to its friends both limit America’s ability to establish its supremacy and entrap it into conflict because of contractual obligations. Consequently, by retrenching from formal defense pacts, the United States could elongate its unipolar status.

Inverting this logic, however, shows the reality of the situation. First, allies limiting American primacy is a net benefit. Frankly, reducing the amount of war and conflict is inherently advantageous, and can preserve U.S. economic and military strength. In his 2015 article, “The Myth of Entangling Alliances,” Michael Beckley argues that U.S. defense pacts reduce the risks of conflict. This is because, by having many allies across the world, America faces conflicting commitments and needs to restrain itself militarily so that it can satisfy these varying agreements. The offsetting obligations allow Washington to avoid unnecessary conflict. Thus, similar to investment portfolios, America’s significant number of alliances reduce the risk of future war.

Furthermore, because of Washington’s dominant position in its alliance hierarchies, it can effectively restrain its allies from great conflicts. Smaller countries that do not want to increase their security risk will not engage in wars that their stronger allies wish to avoid. These small countries see a security benefit from great power alliances, and the former is subservient to the latter. For example, in Asia after World War II, Washington restrained South Korea from attacking North Korea and Taiwan from fighting China via threats to reduce American military and economic support. Moreover, the United States threatened to end its arms sales to Iran, thus forcing Tehran to avoid joining the 1973 oil embargo. Accordingly, America’s alliances provide it leverage that increases its immediate security and decrease global conflict.

Overall, Trump and other critics fundamentally misunderstand the benefit to the U.S. alliance network. NATO and other allies serve to maintain the current rules-based international order, reduce Washington’s risk of war, and decrease levels of global conflict. Therefore, abandoning U.S. allies under the guise of “America first” would harm American security, and just mean “America alone.”

Jordan Cohen is a Political Science Ph.D. student at George Mason University’s Schar School of Policy and Government. His dissertation focuses on alliances and alliance entrapment. He can be found on Twitter at @jbcohen92.