America’s Choice After the Coronavirus 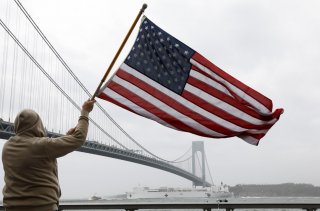 As America slowly re-emerges from the coronavirus, it faces a pivotal choice. Will it take responsibility for its response to the pandemic or will it cast blame on the outside world.

As the strongest nation on earth, the United States can now either close its borders, embrace xenophobia, blame and sanction the other, or it can organize the world community with diplomacy and science to face common threats.

Today, as the pandemic spreads across the globe, President Donald Trump has been downplaying his administration’s shortcomings by deflecting blame onto the previous U.S. administration and onto mainland China.

The Chinese government failed to notify the international community of the pandemic by deliberately underreporting the risks of the virus emerging from the city of Wuhan. Even so, the Trump administration was repeatedly warned during the months of January and February of the potential threat from the virus.

During those crucial months, instead of utilizing the Obama-era National Security Council playbook on pandemic response, the Trump administration ignored the plan and instead ignited an unnecessary military conflict with Iran. While the virus was beginning to spread, the administration entangled U.S. troops and resources in a conflict with Iran over that country’s nuclear program that had already been resolved by the 2015 nuclear deal, the JCPOA.

The Trump administration’s tenure of eroding international accords, trade wars with China, and its conflict with Iran weakened the U.S. response to the coronavirus. And now, by defunding the World Health Organization, Trump has further destabilized a comprehensive international solution.

Acts of international sabotage during a pandemic, whether it be debilitating the WHO or sanctioning an entire population in Iran from food and medicine, not only has led to thousands of innocent deaths abroad but it has endangered American citizens and troops around the world and has further spread the virus to American shores.

Regardless of these destructive episodes of nationalism, the world community has and will continue to internationalize through scientific and cultural engagement. That reality cannot be rolled back by temporary xenophobes in power. But the forces of nationalism can delay the proper channels needed for global cooperation in the face of common threats.

In the years and decades to come, deadly pandemics and fallouts from climate change will threaten the world while Iran and the Middle East will remain as the “silk road” between China and the West. The region will either be used as a transit for science, culture and trade, or as a tool for conflict in the East vs. West rivalry.

U.S. foreign policy is at a crucial crossroads. In the coming presidential elections, candidate Joe Biden of the Democratic Party can either replicate Trump’s cold-war against China and endless wars across the Mid-East, or he can lead our country into international coalitions to combat common-threats.

America should have a choice.

Farshad Farahat, co-star in the Academy Award-winning film Argo and the Emmy-winning series House of Cards, studied journalism at UMASS and a PhD in conflict resolution. He has written on U.S.—Iran relations for the Los Angeles Times, The Hill, Huffington Post and Newsweek. Farshad is a board member of the Ploughshares Fund, a global security foundation.