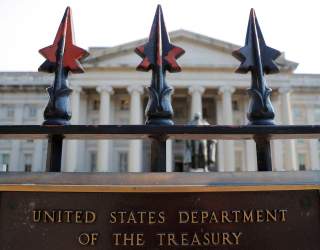 SWIFT is not just useful for gathering information. It is an essential part of the international payments system. If banks—or even entire countries—are denied access to SWIFT, they could largely be cut out of the global financial system. This provided a far more effective means of punishment and coercion than traditional sanctions. It didn’t just ban states from national markets, but isolated them from the global economy.

Without SWIFT, the Joint Comprehensive Plan of Action (JCPOA) nuclear deal with Iran would likely have never happened. The United States and EU are world economic powers, but their most potent actions were taken indirectly through SWIFT. In 2012, the United States and the EU took parallel decisions to ban the provision of financial messaging services to Iran. This severely damaged the Iranian banking sector and the broader Iranian economy. Removing the SWIFT sanctions became a key strategic goal for Iran, prompting them to offer wide-reaching concessions on their nuclear program in return.

The United States was further able to isolate Iran, North Korea and other adversaries because of its influence over the dollar clearing system. Foreign banks needed to be able to process dollar transactions in order to carry out their ordinary business. This meant, however, that they were vulnerable to U.S. pressure, exercised through an extensive system of “secondary sanctions,” which the United States started to deploy in earnest in 2006. As Zarate described it, the United States discovered that “banks are the ligaments of the international system.” This led Washington to take steps, in the words of former Treasury official Rachel Loeffler in Foreign Affairs, so that “U.S. national security policy and the international banking system have become inextricably intertwined.” The United States could threaten to cut off foreign financial institutions’ access to the dollar clearing system if they did not implement U.S. foreign policy objectives abroad.

The United States deliberately worked to enhance its power through creating a more general horror of contagion. It could designate financial institutions as money launderers, so that other banks that were exposed to the dollar clearing system would flee from doing business with them. This, combined with the vagueness and unpredictability of the U.S. sanctions enforcement regime, terrified the compliance departments of foreign banks. As a result, many foreign banks refuse to process transactions that might even indirectly involve states or entities that the U.S. had designated as threats. Sometimes the reign of fear had perverse consequences; major banks balked at doing business with Iran even after the United States had lifted secondary sanctions, and the U.S. secretary of state traveled to Europe to reassure CEOs that they could safely engage again.

The Internet provided the United States with a privileged vantage point on the world’s communications. Many of the most important pipelines for Internet data traversed the United States, while e-commerce companies such as Google, Facebook and Amazon Web Services stored data on U.S. soil. Access to this data was sometimes legally complicated—but it was also possible for intelligence agencies to tap into it overseas, with some restrictions. The result was a bonanza of valuable intelligence data. As National Security Agency (NSA) Director Michael Hayden described it,

This is a home game for us. Are we not going to take advantage that so much of it goes through Redmond, Washington? […] Why would we not turn the most powerful telecommunications and computing management structure on the planet to our use?

Finally, the United States was able to use its dominance over information technology supply chains to deprive adversaries such as Iran of access to advanced components, under an export control regime that prevented many forms of trade with designated countries. No one—including foreign companies—wanted to be designated as a supplier of forbidden technologies. This would not only deny them access to the U.S. market, but might also mean that any other company that wanted access to the U.S. market would be forbidden from doing business with them. The result was that Iran’s missile program had to rely on second rate components, sourced through shadowy networks and middlemen, who could themselves be subverted through “left of launch” programs to sell sabotaged equipment.

At its height, some U.S. officials seemed almost delirious at the extent of their invisible empire. Their control over the central channels of finance, information and technology seemed to provide them with an unparalleled stranglehold over the global economy. They were egged on by Washington organizations such as the Foundation for Defense of Democracies, a vehemently anti-Iran pressure group, that saw these financial tools as a way to promote regime change.

Yet towards the end of the Obama administration, doubts began to creep in. The Snowden revelations led to a global backlash against U.S. Internet surveillance. Intelligence agencies were obliged to accept some limits on their activities against allies. It became increasingly clear that America’s technological advantage was under threat from China, which was developing its own domestic capacities, building research alliances with sophisticated foreign firms and, where all else failed, stealing technologies from U.S. firms.

A few key officials worried about American overreach. In a 2016 speech, President Barack Obama’s Treasury Secretary Jacob Lew spoke of the great security benefits of America’s financial hegemony. However, he warned that this hegemony could not be taken for granted. If the United States abused its financial dominance, “financial transactions may begin to move outside of the United States entirely—which could threaten the central role of the U.S. financial system globally, not to mention the effectiveness of our sanctions in the future.” Lew’s speech attracted some attention, but a new administration was elected only six months later.

THE TRUMP administration believed fervently in the unilateral power of the United States to impose its demands on the rest of the world, and was highly skeptical of arguments about limits and backlash. The Obama administration’s ginger embrace of Iran was reconfigured into a stranglehold, while sanctions against Chinese firms became a bargaining counter in a wider fight over trade and technology. Delirium tilted over into imperial folly, as high officials began to think that they could use America’s economic power to reorder the world better to their liking. As they have sought to turn the apparatus of infrastructure into a true tool of empire, reducing allies into near-vassals, control risks slipping from their grasp. Both friends and adversaries are reconsidering the advantages and disadvantages of attachment to an infrastructure that has become a means of force projection.

From the beginning, the Trump administration made it clear that it was opposed to the JCPOA deal under which Iran had foresworn its nuclear ambitions in exchange for a return to the SWIFT system and relief from secondary sanctions. In May 2018, the administration announced that it was withdrawing from the deal and in August it reintroduced secondary sanctions. Treasury Secretary Steven Mnuchin reportedly fought Iran hawks in the administration to try to prevent the reimposition of sanctions on SWIFT. He lost, and in public comments on November 2 made it clear that the United States intended to “aggressively” exert financial pressure on Iran, so that it would subject SWIFT to sanctions if it provided messaging services to designated Iranian banks.

Unlike Obama, Donald Trump did not use careful diplomacy to build international support for these measures against Iran. Instead, he imposed them by fiat, to the consternation of European allies, who remained committed to the JCPOA. The United States now threatened to impose draconian penalties on its allies’ firms if they continued to work inside the terms of an international agreement that the United States itself had negotiated. The EU invoked a blocking statute, which effectively made it illegal for European firms to comply with U.S. sanctions, but without any significant consequences. SWIFT, for example, avoided the statute by never formally stating that it was complying with U.S. sanctions; instead explaining that it was regrettably suspending relations with Iranian banks “in the interest of the stability and integrity of the wider global financial system.”

European allies responded to these unilateral steps by announcing a new Special Purpose Vehicle (SPV), called INSTEX, at the end of January. The SPV supports trade between Europe and Iran outside the conventional financial system through a complex arrangement of matching transactions. Although the system is initially supposed to facilitate humanitarian trade, it could readily be used for other transactions between Iran and Europe.

The Trump administration also escalated its use of sanctions and export control rules against non-European firms. The Chinese telecommunications giant ZTE had violated the U.S. sanctions and export control regime by exporting goods with U.S. components to North Korea and Iran. This led to a negotiated settlement where ZTE agreed to a $1.2 billion fine and to punish employees who had been involved in the violations. The Department of Commerce soon discovered that ZTE had lied and declined to punish many of the employees. In retaliation, the United States announced on April 16, 2018 that American suppliers were banned from providing components to ZTE for a period of seven years. ZTE relied on U.S. producers such as Qualcomm to provide highly specialized chips that were unavailable elsewhere, meaning that the U.S. measures would effectively drive ZTE out of business.