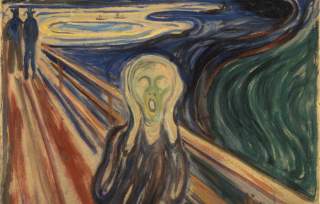 American political life is suffused in fear-based rhetoric. This is not a new development, and it’s not likely to change anytime soon. But presidential campaigns provide a particularly potent venue for it. Candidates are all vying to get attention from voters and the media, and they have none of the actual responsibilities that the sitting president does for making policy. Unsurprisingly, this leads some of them to make extreme statements that are intended to stoke public fears.

Below are a few of the things that have been said over the past week by some of the people who are currently running for president or in the process of deciding if they are going to run:

3. “You can’t enjoy your civil liberties if you’re in a coffin.” —Chris Christie

Christie said this at a town-hall meeting in New Hampshire, while discussing the debate over the future of the National Security Agency’s mass-surveillance programs. The message was crystal-clear: support expansive government surveillance, or you might die.

2. “We have never seen more threats against our nation and its citizens than we do today.” —Lindsey Graham

This is deeply misleading at best and laughably false at worst. You could, I suppose, defend Graham’s assertion by saying that we face a greater number of threats than we have in the past. But it makes very little sense in a country that, among other things, has seen its own White House burned down, fought a bloody civil war and two world wars, and survived several close brushes with apocalyptic thermonuclear war during the Cold War.

1. “Nothing matters if we aren’t safe.” —Marco Rubio

This wasn’t just an idle remark. This was the title of a blog post and a social-media push for the Florida senator. The Rubio campaign even created a graphic for it that was intended to be shared on Twitter and Facebook. Elsewhere in the post, he also said that “the world has never been more dangerous than it is today.”

Rubio manages to cram an impressive amount of wrongness into a brief six-word phrase. First, there is no clear diving line between “safe” and “not safe” to begin with. Second, no individual or country can ever perfectly be “safe” even under the best of circumstances. Third, he elides the fact that America has done a lot of damage to itself in the recent past in the pursuit of “safety.” And finally, he says quite directly that nothing else—no issues relating to economics, health care, or any other foreign or domestic concern—is of any consequence if we have not achieved Rubio’s arbitrary idea of “safety.”

As David Harsanyi correctly wrote in response to Rubio at the Federalist, “Placing the goal of ‘safety’ – either domestically or abroad – above all things is one of the most vacuous promises of American political life. Especially when we consider that by almost every measurement we’re safer now than we’ve ever been.”

Of course, there are real threats to the United States and to international security that do exist, and presidential candidates shouldn’t ignore them. But when they wildly exaggerate them in order to scare people and try to win votes, they deserve both our criticism and our mockery. And so, this is the first post in what will probably be an occasional series as the 2016 nomination contests get under way. Readers are encouraged to send suggestions for future installments to me on Twitter at: @RGolanVilella.