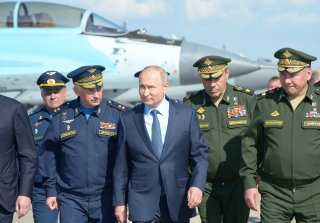 Following the recently announced decision by Washington to withdraw from the Open Skies Treaty (OST), Russia has been accused by both the U.S. administration and political analysts of serial violations of this agreement. We Russians are not going to make excuses. Our approaches are described in detail in the relevant comments of the Ministry of Foreign Affairs and a number of Russian officials. Instead, we want to try once again to draw attention to the significance of the treaty in terms of stability and security in the Euro-Atlantic region.

Heritage Foundation analyst Patty-Jane Geller recently assessed the situation around the treaty as well as of the Russian stance on the issue in an op-ed that was first published by The Daily Signal and then republished by the National Interest. Her criticisms of Russia’s policy are groundless and demand comment.

We have repeatedly shown with concrete figures that the claims that Russia is not fully implementing the agreement are baseless. At the same time, despite the absurdity of most accusations, we have always shown an openness to discussing issues that concern Washington, DC. There is the Open Skies Consultative Commission—mechanism established under the OST specifically for these purposes.

For our part, we have also a number of complaints about the United States’ non-compliance with the treaty’s provisions. In particular, they are related to securing the safety of cabin crews during flights over the U.S. territory, imposing restrictions on the maximum distance of observation flights over the Hawaiian and Aleutian Islands as well as on flight altitude for observation aircraft. The difference is that we are ready—and we have repeatedly demonstrated it—to find mutually acceptable solutions to technical problems at the negotiating table. In contrast, Washington seems to deem it more important to get rid of an agreement that appears to believe is binding the United States’ hands and feet.

I will give just one specific example that, on the one hand, demonstrates the groundless nature of the U.S. accusations against Russia and, on the other hand, is intended to make it easier for the reader to understand our point. However, I would like to note that military experts, i.e. those who are professionally engaged in the Open Skies Treaty’s issues, may always find reasons to voice concerns.

For example, the United States claims that we do not allow American aircraft to fly over Kaliningrad. Technically, this is only partially true. In fact, it is not prohibited, though there are certain limitations. I would like to point out that around 90 percent of the Kaliningrad region can be observed during a flight by a state party wishing to have a look at this area. At the same time, the United States does not allow Russian aircraft to fly over Alaska. As compared to the United States, our aircraft are able to capture only 3 percent of the Alaskan territory. So, where is the truth? Where is the balance of interests here?

Over almost twenty years of existence, the OST has proved to be an effective mechanism for confidence-building and cooperation between state parties, including defense ministries. Until now the treaty has been allowing the military to conduct flights over neighboring countries. One can make sure that no aggression is planned and no dangerous military activities are taking place. Thus, this agreement helps keep military activities transparent (first of all of the NATO countries and Russia), promotes de-escalation of tension, and prevents misinterpretation of each sides’ intentions.

We believe that the treaty is still relevant. The importance of this channel of professional exchange of views cannot be overestimated, particularly at a time when Russia and Western countries lack trust and dialogue on military security issues.

The exceptional value of the OST is also determined by the fact that it is one of the last legally binding agreements between nuclear superpowers promoting mutual understanding and transparency amidst a deep crisis in arms control.

Despite the fact that the usefulness of the treaty is obvious to just about everybody, Washington’s decision was not unexpected. One needs just to observe the trend of recent years of the international legal base of arms control and nonproliferation being step-by-step destroyed by a particular country. The United States withdrew from the Anti-Ballistic Missile Treaty in 2002, from the Joint Comprehensive Plan of Action in 2018, last year from the Intermediate-Range Nuclear Forces Treaty. Now, the future of New START is in danger. The United States uses the same pattern every time: its unilateral actions are always preceded by massive propaganda campaigns of ungrounded accusations against others, first of all, Russia, of breaches of this or that agreement. We can witness the same scenario with the OST.

Still, there are slight differences in comparison with the ABM Treaty and the INF Treaty. Most notably, no close—and not-so-close—allies of the United States have made harsh allegations regarding Russia’s compliance with the Open Skies Treaty, which means that the vast majority of participants do not see the current situation as critical, neither necessitate the termination of the agreement. Even at the Brussels meeting of NATO foreign ministers last May, the support for the U.S. move against international security was far from unanimous.

Thus, in six months we may find ourselves in a situation where the NATO states (without the United States), nonmember European countries, and Russia will indeed comply with the Open Skies Treaty. That means they will allow observation flights over their territories. But not the United States! According to certain sources, under such circumstances, Washington will be willing to allow its allies to use the U.S. OST planes to collect information over Russian territory. There is no doubt that allies will return the favor and share the pictures with the United States. A reasonable question arises: what Russia should do in such a situation? One renowned analyst, a frequent contributor to the National Interest, gives a friendly warning that Russia should meet President Donald Trump’s demands or it will get worse.

The current situation requires that we all seriously reflect on the consequences of the looming U.S. exit from OST. We need joint coordinated efforts to save the agreement that is essential for everyone. Any legally binding treaty is a delicate balance of its member countries’ interests, rights, and obligations.

Whatever the real reason may be for the United States to abandon the Open Skies Treaty, it is obvious that all parties to the agreement and international security as a whole will lose. Washington’s European allies are fully aware of the increased risks to stability on the continent and most of them criticize White House’s intention.

We share their concern. Despite the fact that Russia—similar to the United States—has advanced national technical means (which, if necessary, will allow Moscow to compensate for the most of the data gathered under the treaty), we value the Open Skies, first of all, for its unique role as an instrument of confidence-building and promoting dialogue. In today’s volatile global situation the international community cannot afford to squander agreements like the Open Skies Treaty.