Is America Becoming a Chauvinistic Nation? 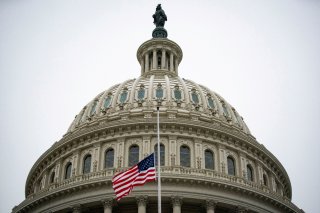 The good news is that the American people seem to be developing a shared vision and sense of national commitment, one that may help bridge the sharp divisiveness that has bedeviled the nation. The not-so-good news is the nature of rising nationalism: it is carried by a rising wave of hostility toward China. Republicans argued for decades that the Democrats had “lost” China, by allowing a Communist regime to establish itself there, which has led some to wonder: when did the U.S. ever own China? Recently, the GOP has been charging President Joe Biden, who barely had a chance to put together his administration, with being weak on China. In a briefing document titles “Bad Policies; Bad Personnel,” the 120-member Republican Studies Committee stated that“The Biden team so far has exhibited a pattern of weakness and a return to Obama's failed approach of engaging rather than holding China accountable for its bad behavior.” The Biden administration’s response seems to be to show that it too can be “tough” on China.

Anthony Blinken started by agreeing that China is indeed putting the Uyghurs into “concentration camps” and that China is committing “genocide” there—the most inflationary terms that can be applied to horrible detention camps, into which people are forced to violate their profound religious beliefs. However, those involved are leaving these camps to fight for another day.

A March 17 headline on the front page of the Wall Street Journal reads “Secretary of State warns China to rein itself in.” Page nine tells us that, “Ukraine scraps deal with China under US Pressure,” and “Blinken, in Japan, Challenges Beijing; regional claims.” Blinken and Secretary of Defense Lloyd J. Austin III wrote an editorial in the Washington Post in which they referred to Chinese coercion, which the United States is out to stop together with its allies in the region. The op-ed does not explain which coercion the two cabinet members are referring to. If they have in mind Chinese domestic abuses, recently piled up in Hong Kong, there seems to be little that the U.S. build-up can do about them. Given our experience in using force to liberate Iraq, Afghanistan, and Libya, it is most unlikely that anybody seriously considers treating a land with 1.4 billion people that way. If they are referring to foreign policy, China has been extremely circumspect for decades. The American media refers to “unprecedented clashes on the India China border,” but these are actually very minor and quickly defused. Compared to the border of India and Pakistan, this border is a peace fest. China, we are told, is set to grab Taiwan. Actually, since the 1950s, it has not even moved to grab the two minor islands, Quemoy and Mazu, which are practically in China’s parking lot—a mere three miles off its shoreline.

The drumbeat is working. A recent Pew Research study found that the percentage of Americans who have “cold” feelings toward China rose from 46 percent in 2018 to 67 percent by 2021. Those that had “very cold” feelings toward China almost doubled from 23 percent to 47 percent in the same period. 89 percent of adults in the U.S. “consider China a competitor or enemy rather than a partner.” There are few subjects on which there is such a high consensus.

Curbing China is used, just the way standing up to the USSR was, to justify American policies that in the past were condemned by economists of all stripes. The Biden administration, keen to protect American jobs, has left so far in place the very high tariffs that the Trump administration has imposed on a very large variety of Chinese goods. These tariffs, economists point out, amount to a tax on Americans, and allow inefficient American industries to keep plugging along.  The Biden administration is also adopting an industrial policy, in which the government is picking some industries and technologies in which it believes China is making strong progress, to build them up in the United States. In the past, such policies that require the government to choose winners and losers were mocked by students of public policy because governments are so bad at making these kinds of choices, often propping up old industries that should be retired and preventing the rise of new ones.

In the new anti-China swelling mood, anything to which the term national security can be attached can be blindly embraced. When a leader of an American R&D corporation was recently asked to write an op-ed about the rising hostility to China, he demurred. He explained that his industry was benefiting from a mad dash to “counter China.” When an academic was then asked to cover the same subject, she said that the campuses also expect to benefit from the stop China policies. Remember, she wrote, in the days after Sputnik, we got endless grants to teach foreign languages, to do anthropology, and more, as long as we stuck “defense” at the top of the grant application. Now it is “security.” How can a liberal refuse to sprinkle on some anti-China rhetoric to get a grant for some good cause?  E. J. Dionne Jr. raises this point explicitly when he asks “Will China get our country moving again?” He answers that the fear from China could lead Americans to accept greater government roles in guiding the American economic system and much else.

It does not take a Ph.D. in sociology, which I happen to have, to note as I did in Reclaiming Patriotism, that the best way to overcome our social divineness and government paralysis is to build national unity. However, I opened the book with a line by Charles de Gaulle that I could not improve on: “Patriotism is when love of your country comes first; nationalism when hate for people other than your own comes first.”

We need a new, much stronger, sense of nationhood—not to suppress differences but to keep them contained so we can resolve them in a civil way, like members of one community. Sadly, we were unable to come together, like one nation, to fight the pandemic. We now best come together around shoring up the American democracy, restoring the claim that we are the city on the shining hill that can project a beacon of light to other shores. Such patriotism does not call on us to deny our darker moments, however, it also refuses to allow them to define who we are. Such patriotism does not entail hating anyone, but embracing the love of country.

Amitai Etzioni is a professor of international affairs at The George Washington University. He is the author of several books, including Avoiding War with China. Please visit his new platform for discussion, CivilDialogues.org.

What Has Not Changed in U.S.-China Relations