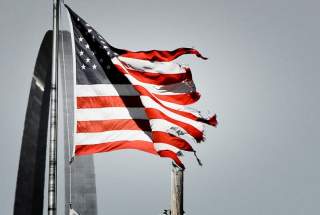 In authorizing airstrikes in Iraq, President Obama faces a challenge: making the case for U.S. action to an American population that is tired of energetic international engagement. While cautioning that airstrikes may go on for months and that any solution is “a long-term project,” he also took care to acknowledge Americans’ worries about an ever-deeper military commitment to Iraq. While a slight majority now appears to support airstrikes against ISIS targets, there remains a pervasive weariness—among both Democrats and Republicans—not only with Iraq, but with the world and its many challenges.

Why, Americans are increasingly asking, must it always fall to the United States to spend energy, treasure and sometimes blood to right the world’s wrongs and enforce international rules of the road? After more than a decade of grinding wars in Iraq and Afghanistan, a financial crisis coupled with high unemployment and deep deficits, the chaos and instability brought about by the Arab Spring and other global events and a sense that our allies have ridden free for too long, many Americans are saying that enough is enough.

Their leaders are as well. Responding to the demand signal—or lack thereof—for international activism, it is today much more common to hear American politicians criticize engagement—whether military, economic or diplomatic—than encourage it. More often, many senators and representatives do not express a view on international affairs at all, believing that they were sent to Washington to deal with pocketbook and social issues and not to take foreign-policy positions. Meanwhile, President Obama has emphasized “nation building at home,” and foreign observers in Asia, Europe, the Middle East and elsewhere worry aloud that America is turning inward.

After a look at the latest polls, it’s hard to blame them. Nearly half of Americans say they want the United States to take a less active role in global affairs, up from just 14 percent back in 2001, and just a fifth want to see a more active role for their country. Another survey shows that a majority of Republicans and independents, and nearly half of Democrats, believe that the United States already does “too much” to help solve world problems and that the United States should “mind its own business internationally and let other countries get along the best they can on their own"—a higher percentage than at any point in the past five decades. The proportion of Americans who say that the United States is exceptional—“standing above all other countries”—has declined by some ten points in three years, and four-fifths agree that “We should not think so much in international terms but concentrate more on our own national problems and building up our strength and prosperity here at home.” This level of response is similar to the previous high, reached just after the Cold War.

A national mood of retrenchment has settled in. Engagement—particularly, but not exclusively, military intervention—is seen as too expensive, too risky and too prone to failure. Countries that have been on the receiving end of American force or dollars—or both—often do not appear to be in much better shape than when we began. Renewed insurgency in Iraq, political crisis in Afghanistan, instability in Libya, insufficient cooperation in Pakistan and a leader more repressive than Mubarak in Egypt do not encourage Americans to support greater U.S. investment in overseas projects. The United States, it is often thought, has routinely poked its nose into the affairs of far away countries about which it knows little, without much to show for its good intentions and herculean efforts. Perhaps, this reasoning goes, it is time to pull back a bit, let others shoulder more of the burden and take care of number one for a change.

The impact of these sentiments has been dramatic. The United States has sought to disengage from Iraq and Afghanistan, placing more emphasis on when our troops would come home than on how we would protect our national interests as those wars end. Sequestration has ravaged the defense budget, imposing deep and wholly illogical cuts that undermine the military’s operational readiness and investment in the capabilities needed to sustain U.S. military superiority, making fighting future wars more difficult and costly. Enthusiasm for spending on foreign aid and diplomacy is also waning fast, and the administration has slashed funding for democracy-promotion activities. Support for trade agreements has declined faster still, as the inability of the Senate to move Trade Promotion Authority attests. The Senate has stalled treaties as innocuous as the one covering disabilities, and Congress recently declined to approve reforms to the International Monetary Fund.

Previous calls to global action—from JFK’s “pay any price, bear any burden” to George W. Bush’s aim of “ending tyranny in our world”—seem light-years away from today’s national temper.

Historically, of course, it has been the perception of threat that has driven American engagement abroad, and it is no exception that JFK and Bush’s incantations came at the height of the Cold War and the war on terror respectively. Today, as the 9/11 era gives way to a new age in which our own fiscal foibles appear more perilous than a handful of airplane hijackers, it is harder for any political leader to muster the support for a vigorously engaged America.

Yet this is precisely what is necessary today.

The siren song of disengagement is misguided and dangerous, for a simple reason: the world will not permit America to retreat significantly from its global leadership role without very real and substantial costs. At issue is the kind of world in which we wish to live and the global environment that will allow American prosperity, security and ideals to flourish. To secure America—the homeland and the political and economic values that make the United States so attractive—America must continue to undergird the rules-based international order that has served it so well in the seven decades since World War II.

That order has provided an environment in which the United States and many other nations have achieved unprecedented economic growth, the virtual eradication of great-power war, and the expansion of individual freedoms. Yet this order is not self-reinforcing. It depends on power—in today’s world, American and allied power—to bolster it and enforce its rules. Unlike after World War II, when Great Britain could step back from its traditional role of providing global public goods and allow the United States to step forward, today there is no attractive alternative to American leadership. The countries that share American values frequently lack the resources and political will to lead from the front; the nations that do possess them—like China and Russia—seem more interested in rewriting the rules of international order in self-serving ways rather than reinforcing those that exist.

The hard truth is that international security abhors a vacuum. If the United States is seen as abandoning its role as the primary supporter of international order, other powers—or the forces of chaos—will fill the gap. The price will be exacted in precisely those benefits—prosperity, security and freedom—that the order was designed to enhance.

Yet here lies a significant political challenge. The costs of engagement—in lives and dollars spent, a focus on global affairs, rather than domestic ones, energy and bandwidth devoted to seemingly intractable foreign problems—are clear and visceral. But the costs of disengagement are difficult, and perhaps impossible, to quantify before they are incurred. History, geography and contemporary reality all suggest that, however great the American desire to draw back from the world might be, we would pay a significant price for doing so in this increasingly interdependent world—from slowing our economic growth, to increasing our vulnerability to emerging threats to reducing our ability to shape the behavior of those whose actions directly impact our well-being.

The positive argument for American global leadership—the benefits of a rules-based international order upheld by U.S. power—is complicated and filled with counterfactuals. It is not nearly as compelling as the specters of communism and terrorism in animating American activism. Political leaders who are committed to such a vision will, therefore, need to draw clear connections to more domestic concerns—its impacts on job creation, energy flows, prices and wages and homeland security.

They might also begin to sketch out what a sustainable brand of American internationalism might look like in practice. Such a program might include strong support for Trade Promotion Authority and pacts like the Trans-Pacific Partnership and the Transatlantic Trade and Investment Partnership, which would enhance U.S. economic prosperity and our strategic influence in the Asia-Pacific and Europe. It would reverse the harmful effects of sequestration and address the issues of skyrocketing military benefits and gross inefficiencies in the Department of Defense in order to reinvest in defense preparedness and future combat capabilities. It should support robust levels of funding for diplomacy and foreign assistance. It might emphasize the long-term American relationship with Iraq and Afghanistan in order to protect U.S. interests there and return the promotion of human rights and democratic values to the core of U.S. foreign policy.