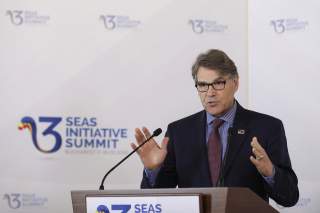 In the three decades since the end of the Cold War, Central Europe’s democracies have made remarkable progress. Eleven have joined the European Union and the NATO Alliance, and including North Macedonia are on track to membership. The region today is a driving force of European economic growth.

Despite this progress, a legacy of Soviet occupation continues to restrain Central Europe’s potential and undercut its security—a dearth of cross border infrastructure.

Western Europe boasts a spider-web of roads, highways, railroads, canals and pipelines. They span borders and have been crucial to trade and economic growth. But Central Europe’s main cross-border infrastructure remains limited to a few east-west transit routes and pipelines. There are no major north-south economic corridors. Consequently, the region operates like a set of islands with limited connectivity and economic inefficiency.

In 2016, Central European presidents decided to confront this challenge head-on. They launched the Three Seas Initiative (3SI) to accelerate the development of cross border energy, transport, and digital infrastructure in the region between the Baltic, Black and Adriatic Seas. Austria, Bulgaria, Croatia, the Czech Republic, Estonia, Hungary, Latvia, Lithuania, Poland, Romania, Slovakia and Slovenia—all are involved.

The initiative aims to spur economic growth, reinforce economic resiliency and energy security, and deepen regional connectivity—including with Western Europe. If successful, it can do as much for Central Europe—indeed for Europe as a whole—as membership in the European Union and the NATO Alliance. The formerly opened markets and generated regulatory consistency beneficial to trade, while the latter provided the security essential to democracy and freedom. Infrastructure is the hardwire essential to complete the vision of an undivided, secure, free and prosperous Europe.

To catalyze private sector interest and investment in this effort, Poland, Romania and Estonia have launched a Three Seas Initiative Investment Fund. To date, they have committed some 620 million Euros to the fund. Other Three Seas member states are expected to make proportionate contributions. The plan is for private-sector managers to run the Fund on purely commercial terms, driven by two principal goals: invest in Three Seas region infrastructure projects and return a profit.

But more tangible U.S. support is now needed. Central Europe boasts some of America’s most ardent and reliable allies. A more prosperous and better integrated Central Europe would yield a stronger Europe, one more economically resilient and better capable of working with the United States in addressing both regional and global challenges.

There is an urgency to the Three Seas Initiative. Central Europe is once again a zone of Great Power competition. Russia exercises a full spectrum of economic, political and military capacities to undermine the sovereignty and Western orientation of Central European nations. China uses its considerable financial heft to tie Central Europe’s infrastructure into its Belt and Road initiative.

There is a precedent for such an investment. This would mirror the successful enterprise funds the United States created in Central and Eastern Europe in the 1990s to stimulate private business in the region’s newly emerging market economies. The early Enterprise Funds reflected U.S. confidence in Central Europe and were hugely successful. Washington invested some $1.1 billion dollars into those funds, which were managed by commercial managers who operated without political interference, making purely market-based investment decisions.

When the funds were closed a decade or so later, they had not only leveraged another $6-8 billion in private sector capital into enterprise investments, they returned $1.7 billion to the U.S. Treasury—a healthy profit.

If the United States were to invest one billion dollars—1/60th of the resources available to its new International Development Financial Corporation—into this new fund, it would have a catalytic effect by raising awareness, interest and confidence of international capital markets in Central Europe.

In the end, the purpose of these investments is not about government funding, but demonstrating confidence in the initiative to attract U.S. and European private investment. In the end, strong private Foreign Direct Investment and engagement with the Central European economies will be the real engine of growth.

The construction of north-south roads, highways, railroads, pipelines and digital networks would release currently untapped potential throughout Central Europe. With a cross-border infrastructure deficit of some $250-300 billion in the region, infrastructure that is wisely built will be used to benefit all of Europe and to those who invested in those projects.

The Three Seas Initiative presents Washington an opportunity to tangibly help some of its closest allies help themselves, counter malign Russian and Chinese influence in Central Europe, and position the U.S. Treasury for a healthy return on investment. That is the very definition of a good deal for the United States.

Ian Brzezinski is a Senior Fellow in the Atlantic Council's Brent Scowcroft Center on International Security.

James Jay Carafano, Ph.D., is Vice President of the Davis Institute for National Security and Foreign Policy at The Heritage Foundation (heritage.org).