The U.S. Is Facing Another Debt Ceiling Crisis 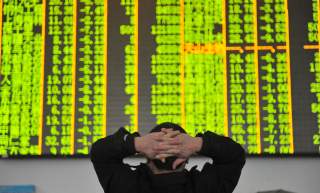 Why does Congress continue to play chicken with the debt ceiling? Not only is it dangerous, but it is counterproductive. The uncertainty surrounding raising the debt ceiling causes borrowing costs to rise, and it can affect the U.S. government’s credit rating as witnessed with the S&P downgrade in 2011. Moreover, it calls into (further) question the ability of Congress to accomplish even the relatively simple task of keeping the government funded. And this could spark a shift in sentiment for the worse. This is where the real danger lies.

So, what happens if Congress fails to raise the debt ceiling before the late September or early October deadline? Technically, the U.S. Treasury will likely delay payments to vendors and employees to avoid missing a payment on its debt. This will keep the United States from technically defaulting on its debt.

In that sense, the debt ceiling may not be a frightening prospect. The debacle in 2011—when the U.S. government found its debt downgraded—proved to be largely a non-event. In fact, the ten-year yield on government debt is lower today than following the downgrade. There was little tangible effect on the U.S. government’s ability to borrow (though bond markets have been dominated by central banks in the intervening years). Oddly, the consequences of the downgrade are difficult to spot.

There is little chance that the United States would miss a payment to creditors. There is little chance that the world will suddenly stop lending to the United States because of political discord. There is the possibility that persistent issues in raising the debt ceiling causes some countries to look elsewhere to lend. But there are simply few options at this point. China may one day be a contender, but it is nowhere near there now.

Could it be that the headlines about the upcoming debt ceiling are sensational? To a degree. But there will be consequences, and there is reason to believe that this time the debt ceiling would matter more to markets and investors than it did on 2011.

It is all about sentiment. Following the election of President Donald Trump, markets surged. Equity markets hit all-time highs, and interest rates moved higher as investors began to anticipate higher rates of inflation. The U.S. dollar also strengthened. The Federal Reserve began to prepare markets for it to raise rates a quicker pace. The U.S. economy was set for lift-off.

Markets reacted sharply to the election because of the pro-market policies promised during the campaign. Deregulation, lower corporate and individual taxes, and infrastructure spending were the cornerstones of the agenda and could boost the economy. But none of this has come to pass, and a failure to raise the debt ceiling or cutting it too close to the deadline may cause investors to begin rethinking their already diminished outlooks for these policies.

That is the true problem lies with the debt ceiling deadline this time around. It is not simply that investors might shy away from U.S. debt for a few days until the debt ceiling is raised. What is truly at risk is investors’ confidence in the Trump administration’s economic plans. If those fade further, the consequences may have a dramatic effect on markets—far more than would be justified simply by debt ceiling jitters.

Failure to get a debt ceiling passed would call into question what the GOP can accomplish even with all three of the branches of government under its control. If the failure to make any headway on repealing the Affordable Care Act were a sign of things to come for GOP governance, this would be the evidence of its ineffectiveness.

With some Republican ideologues believing that refusing to vote to allow the United States to borrow more is a worthy symbolic stand, the debt ceiling will take some Democrats to pass. This may pose a problem, but it may also cause some bipartisanship to occur spontaneously. That would be an encouraging sign for future governance.

When S&P downgraded the United States it stated, “The political brinksmanship of recent months highlights what we see as America's governance and policymaking becoming less stable, less effective, and less predictable than what we previously believed”. That could easily be restated for today’s political environment. Without confidence in the Trump administration’s policy objectives, there may be far reaching and painful consequences.