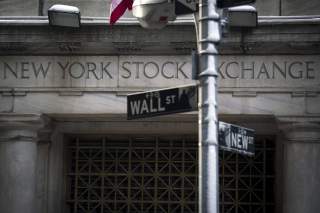 NOW THAT tax-reform measures have become law, the White House would do well to follow with a truly comprehensive economic-policy agenda. Such an agenda would involve three additional initiatives: financially feasible infrastructure refurbishment, entitlement reform and regulatory relief. A coherent economic-policy effort along these lines might place something persuasive before Congress, and even encourage Washington to engage in the long-neglected debate on economic strategy.

The tax-reform legislation is neither experimental nor radical, as some have claimed. Rather, it draws rather tamely on a long bipartisan legacy. Much like the Reagan legislation of the mid-1980s, it has made efforts to eliminate tax breaks and use the resulting revenue flow to reduce statutory rates. These same principles informed the recommendations of President Barack Obama’s 2010 National Committee on Fiscal Responsibility. Colloquially called Simpson-Bowles after its leadership, former senator Alan Simpson and former White House chief of staff Erskine Bowles, it failed to become law, but Obama tried several times to press some of its measures on Congress. He actually proposed similar reforms in his 2015 budget. Republican reformers made similar basic recommendations. Proposals to eliminate or cap tax breaks and pursue a cut in statutory rates appeared in the plan advanced in Obama’s first term by Dave Camp, then the Republican chair of the House Ways and Means Committee. Republican Congressman Paul Ryan, when he took over the House Ways and Means Committee during Obama’s second term, embraced the same principles in a set of reforms that he referred to as a “better way.”

This latest legislation relies on the same basic reasoning used in all these reforms. Republicans and Democrats have argued that a general reduction in statutory rates would brighten economic prospects by encouraging individuals to work and business to invest more for the future. Lower statutory corporate rates would further enhance growth by promoting greater efficiencies in business, inducing managers to think less about tax consequences and more about the economics of their respective businesses. Lower statutory corporate rates would offer still another benefit by encouraging U.S. companies to repatriate the accumulated earnings they hold overseas, giving the economy a welcome cash infusion for investment.

As in these precedents, this latest reform takes care to promote greater equity as well. No doubt Californians, New Yorkers and other residents of high-tax states see matters differently. This legislation limits deductions of state and local taxes of any kind to $10,000. But most of the country could argue a different line, and with justice. The old code, to make up for the revenues lost to those huge deductions, implicitly forced on all Americans higher statutory rates than they would otherwise have had to pay. People across the country effectively shouldered some of the burdens imposed by political decisions made in Sacramento, Albany and a few other state capitals. This matter disappears in the new law.

In addition to geographic equity, this new legislation takes steps to secure greater equity across the income distribution. Previously, the law allowed people to deduct mortgage interest on loans all the way up to $1 million. Since the biggest mortgages garnered the greatest tax benefit, the wealthy gained the most from the provision. By lowering that cap to $750,000, the new law rectifies some—but only some—of the code’s pro-wealth bias. To even the relative tax burden across the income distribution further, the new law offers much to those at lower income levels. Because these taxpayers seldom itemize, it offers a near doubling in the standard deduction and major increases in child tax credits. Further, it raises the threshold of income before each taxpayer moves into a higher bracket, and makes the biggest relative tax cuts in lower income brackets: those facing individuals who have taxable income below $200,000 a year, and married couples with joint incomes below $400,000 a year.

Even the proposed elimination of the estate tax, though it seems to favor the very wealthy, can make a claim of equity. The current code, though it seems to tax inheritance heavily, falls mostly on the middling rich: those who inherit family farms or small businesses. They frequently have to sell off their inheritance just to pay the tax. Meanwhile, the very rich, many of whom promote high estate taxes, protect their heirs by giving their money, tax free, to foundations of their own making, where they see to it that those heirs have comfortable positions with sometimes lavish benefits. Whatever they may claim for the good their foundations do, they ensure that the benefits of their wealth pass from one generation to the next, tax free. The legislation simply allows the middling rich a break previously open only to the megarich.

The most questionable aspect of this new law is the break on unincorporated business earnings, the so-called pass-through income. Those pressing for this argued that reductions in the corporate rate would bias the code against small businesses and limited-liability partnerships, which would have to pay at higher individual rates. Matters, however, are not so straightforward. Corporations pay their own tax, and then shareholders pay at their individual rate, or close to it, when they receive any distributions, usually in the form of dividends. The people behind the corporations pay a combined tax at about the individual rate, just as those behind other business arrangements did. Giving a special break to these businesses now offers them an advantage. It is pleasant to think that small-business owners will find relief in this new law, but it raises questions why they should pay less tax than a corporate shareholder or the wage earner who lives next door.

Other parts of the new law also fly in the face of the basic principles behind it. But anyone who seeks perfection in the compromise of any Congress—especially this one—does not live in the real world. The important thing is that this new law improves what was, and so forms a firm foundation for this White House and Congress to take additional steps.

ENTITLEMENT REFORM, of course, presents more intractable political disputes than tax reform or infrastructure spending, and accordingly has a smaller likelihood of success. Signs of these political difficulties clearly stand out in reactions to recent White House plans to attach more stringent work requirements to so-called welfare benefits, such as food stamps, Temporary Assistance for Needy Families and the like. Coming months will see more specificity and more debate around these matters. But welfare ultimately is a small part of the picture. The real burden of these programs lies in Social Security, Medicare and Medicaid. Few, either in Congress or the White House, stand willing to weigh the future of these programs. Still, urgent budgetary imperatives will leave Congress with little choice.

The budget pressure is becoming intense. Spending on these programs has outpaced everything else of significance that the government does to such an extent that entitlements outlays threaten to swallow the entire budget. In just the last thirty-five years, entitlements spending has grown from half the overall budget to three-quarters of it. Congress exercises no control over this growth—at least the way budgeting is done now. The only reason entitlements spending has failed to impose more on most other government programs is that defense outlays, despite all the strains from the country’s Middle Eastern adventures, have grown at an exceptionally slow pace, falling from just under a quarter of the budget in 1980 to about 15 percent today. Relative cuts at the Pentagon have effectively shielded much of the rest of the government from this relentless growth in entitlements. In so doing, they have allowed various politicians, including President Donald Trump, to fool themselves and the public about what they might do with federal dollars that, without entitlement reform, are simply not there.

Since major tax hikes and deeper budget deficits are politically unpalatable, as is continued shrinking in defense spending (at least to the extent done in the past), Washington will soon have its proverbial back to the wall. At current rates of relative growth, entitlements promise to absorb 80 percent of the budget in less than ten years, and 85 percent by 2035. Even in the unlikely event that defense spending shrinks further to a mere 10 percent of the budget, that would leave only 5 percent of the budget for everything else. Matters are probably more urgent, since this simple extension of past trends ignores how Obamacare will accelerate entitlements spending, as will the retirement of the baby boomers. The window that allows the president and Congress to ignore the matter is closing fast.

To be sure, the average citizen cannot quote chapter and verse from the budget, or measure past trends. Voters nonetheless have shown conclusively that they know how little budgetary viability remains. According to a recent Rasmussen poll, only 19 percent of voters are confident that they will receive their full federal retirement benefits. A Bloomberg national poll showed that an even smaller 15 percent are so confident. A recent Roper poll found that only 29 percent of Americans believe their federal benefits will last through their retirement, down from some 35 percent only six years ago. Such feelings will or should drive politicians to action, no matter how much they would prefer to ignore the need for entitlement reform.