America Goes to War Over Its Military Infrastructure 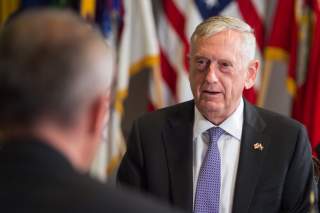 There is a lot to like in the House and Senate Committee versions of the National Defense Authorization Act (NDAA). Unfortunately, both proposals would force taxpayers to continue to pay for unneeded real estate.

Each version specifically prohibits the Pentagon from spending money to initiate a new round of Base Realignment and Closures (BRAC). Defense Secretary Jim Mattis has called BRAC “one of the most successful and significant efficiency programs” at the Pentagon’s disposal.

Were lawmakers to deny Mattis this valuable waste-reduction tool, it would be hard to take seriously their perennial public complaints about “Pentagon waste.”

The language that prohibits BRAC funding should be stripped from both bills when they come to the floor. BRAC allows the Defense Department to manage its real estate infrastructure and move functions from one installation to another. And the department sorely needs that authority.

A March 2016 study determined that the Defense Department currently maintains 22 percent excess infrastructure. That excess capacity is found in every single service. The Army has 33 percent of that excess capacity while the Air Force  has 32 percent, the Navy has 7 percent and the Defense Logistics Agency has 12 percent.

The Pentagon cannot afford the luxury of maintaining excess infrastructure. It’s like owning a vacation home on a beach with a perpetual off season. Even if the property is not in use, it must still be maintained and safeguarded.

While there are plans to grow the military in coming years, that growth is unlikely to follow the lines of the infrastructure already in place. Moreover, guidance can easily be crafted to preclude closing any facility that could conceivably be needed for military growth. A new round of BRAC would enable the department to right-size the infrastructure and emphasize installations that best accommodate the type of growth that is planned.

And there is no reason to fear that a round of BRAC would go “too far,” jettisoning real estate and facilities needed to accommodate a rebuilt military. The typical BRAC round eliminates only five percent of excess capacity. This would leave the plenty of room for growth.

The previous five rounds of BRAC together have generated recurring savings of over $12 billion annually. The latest round, conducted in 2005, accounts for nearly a third ($4 billion annually) of those savings. Even with increased construction requirements and an emphasis on transforming the infrastructure, the break-even point for the 2005 round was far shorter than most Americans’ home mortgages.

While individuals or private entities would simply divest themselves of properties whose costs exceeds their benefits, the Pentagon cannot. Since 1977, Congress has set very strict limits on how much real estate the DOD can realign or close without explicit congressional authorization. The BRAC process was developed to allow the department to take a holistic and comprehensive look at its infrastructure with as little political interference as possible.

The data gathering and analysis portion of a BRAC takes over eighteen months to complete because it goes into much finer detail than the capacity analysis done in March 2016. It’s that fine analysis that enables the department to assess base infrastructure utilization rates.

Congress would do well to give the Pentagon permanent authority to conduct these in-depth analyses. It would enable the Defense Department to present Congress with more robust data and evidence to justify future requests for BRAC.

There are several other steps that Congress could take to avoid cost overruns and uncertainty associated with a new round of BRAC.

As described in recent Heritage Foundation research, lawmakers could set a target for infrastructure reduction for a new round of BRAC. This would make the goal of the new round very clear, forcing the department to focus on recommendations that indeed reduce the current infrastructure and accelerate cost savings. Congress could also mandate that the department restrict its recommendations to those that generate savings within a five-year window.

Outside the walls of the Capitol, there is broad bipartisan support on the Hill for a new round of BRAC, as evidenced by a recent open letter to Congress signed by most of the think tanks in Washington.

But the ball is in Congress’ court. Lawmakers can amend the current versions of the 2018 NDAA and authorize a new round of BRAC, or they can leave in provisions that force the Pentagon to waste money on infrastructure it doesn’t want or need. Option one would save taxpayers an estimated $2 billion a year. Option two would slap them in the face.