America May Have Ditched TPP, But It Hasn't Ditched Asia 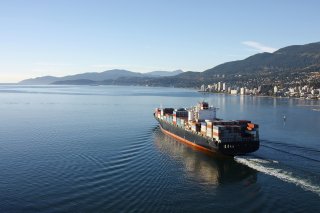 President Trump’s decision to withdraw from the Trans-Pacific Partnership (TPP) trade deal was thought to have killed the Asia-Pacific trade pact. But the region is refusing to let the pact die, even leaving the door open for a change of heart by Washington, while an alternative pact pushed by China builds momentum.

Trump’s January 23 executive order to withdraw the United States from the twelve-nation free-trade pact was one of his first acts as president, fulfilling a campaign promise.

The accord had been viewed as part of the Obama administration’s “pivot” to Asia, helping to maintain U.S. economic influence over the region in the wake of China’s emergence as Asia’s biggest economy. It also contrasted with the sixteen-nation Regional Economic Comprehensive Partnership, which includes China but excludes the United States.

However, with Democrats—including former presidential candidate Hillary Clinton—also opposed to the TPP, Trump’s withdrawal was potentially a formality since it was unlikely to win passage through Congress.

The initial reaction from the rest of the TPP was mixed, with Japanese prime minister Shinzo Abe describing the pact as “meaningless” without U.S. participation. Yet Japan, Australia and New Zealand have slowly worked to build consensus around a so-called “TPP eleven,” minus the world’s biggest economy.

During an Asia-Pacific Economic Cooperation ministerial meeting in Hanoi, New Zealand hosted a meeting of the TPP eleven that pledged to push forward with the pact. Only Japan and New Zealand have ratified the trade agreement, which followed five years of negotiations.

While at different stages in their considerations, the TPP eleven members “are united in the process and want to get to a place where there is something we can agree to collectively, for leaders then to agree,” New Zealand trade minister Todd McClay told the New Zealand Herald.

Japan’s economic and fiscal policy minister, Nobuteru Ishihara, told reporters that “the eleven countries’ commitment has been explicitly affirmed. I don’t expect the U.S. will rejoin the deal so easily, but Japan will continue to work…to return it to TPP membership.”

In a statement, the TPP eleven ministers opened the door to Washington’s eventual reentry, pledging to “launch a process to assess options to bring the comprehensive, high quality agreement into force expeditiously, including how to facilitate membership for the original signatories.”

The grouping also offered the prospect of new members, such as China, saying they “underlined their vision for the TPP to expand to include other economies that can accept the high standards of the TPP.”

Japan plans to host a meeting of TPP eleven negotiators in July, with an agreement eyed for the Asia-Pacific Economic Cooperation Economic leaders’ summit planned for Vietnam in November. The Regional Economic Comprehensive Partnership members also plan on announcing a deal at the same conference.

However, not all TPP eleven members are convinced that the pact has a future without the United States. While Australia, Chile, Japan, New Zealand and Peru are seen favoring a new deal, other members such as Malaysia, Singapore and Vietnam have expressed doubts about its value minus its largest potential economy.

“We will need to ensure that our interests remain protected and the benefits derived from it still outweigh the costs,” Malaysian trade minister Mustapa Mohamed said.

Mexico and Japan are also both under pressure to do bilateral deals with the United States, under Trump’s “America First” trade agenda.

Yet even without U.S. involvement, the TPP is still seen offering significant benefits. For example, New Zealand expects annual tariff savings of NZ$220 million (US$155 million), compared to its original estimate of NZ$270 million.

“It is still significant savings for us—and that it is the first free-trade agreement for us with Japan, Mexico, Peru and Canada,” McClay said.

Even the poorest member, Vietnam, could benefit from the removal of tariffs, such as Australia’s 9.5 percent tariff on imported swimwear. Fortuitously for the communist-ruled state, the new agreement would remove previous obligations such as allowing verifiably independent trade unions.

Japan’s Abe has invested considerable political capital in the TPP, which is considered part of his “third arrow” structural-reform program under “Abenomics.” Australia’s trade minister, Steven Ciobo, has also been a staunch advocate, citing the need to “capture the gains contained within the TPP.”

“With the U.S. withdrawing, the metrics around the TPP have changed. However, there’s a strong desire for this to still happen,” he said.

“So we’ve got to do the methodical approach to realize the benefits.”

U.S. Trade Representative Robert Lighthizer told the Hanoi meeting that the Trump administration would not be returning to the TPP anytime soon.

“The United States pulled out of the TPP and it’s not going to change that decision. That does not mean we will not engage in this region,” Lighthizer said at a news conference in Hanoi.

Instead, Washington has pushed for a bilateral trade deal with Japan that might match the gains of the TPP.

The prospects of such a deal appear limited though, with Japan’s deputy prime minister Taro Aso telling reporters that Tokyo would be happier to make concessions as part of a multilateral pact.

“In a bilateral deal . . . you can’t get back what you lose from a compromise with the United States,” he said.

In the meantime, Trump has promoted a bilateral trade deal with China, while also recently touting deals worth “billions of dollars” with Vietnam during a White House visit by Vietnamese prime minister Nguyen Xuan Phuc.

Commenting on the Trump administration’s withdrawal from TPP and its courting of Beijing to counter the threat from North Korea, Japan’s Nikkei newspaper said China was “playing Trump like a violin.”

“Listen closely and you can hear the tune of the Xi Jinping Doctrine,” the financial daily said, arguing that Beijing had taken advantage of “back channel” links to the Trump administration while focused on eliminating U.S. influence from the region.

“Trump has since pulled the U.S. out of the TPP and is now counting on China to deal with North Korea. The Trump administration has also publicly said it will consider China's positions in its many South China Sea disputes. It's not difficult to hear that violin playing.”

However, Jesper Koll, chief executive of WisdomTree Japan Hedged Equity Fund, said Trump had become “much more of a pragmatist than an ideologue.”

“America has made it clear that if Japan wants to lead multilateral trade agreements, together with Australia and New Zealand, please go ahead—that’s not obstructionist, it’s just ‘Welcome to the new world,’” Koll said. “If you think America is going to lead a room of twenty countries sitting together, no, they have no patience for that. But is America going to be in the way? The answer is absolutely not.”

Asked about the prospects for a U.S.-Japan trade deal, the Tokyo-based economist said: “We know that the negotiations between Japan and the U.S. on the trade front went well; we know there’s a lot of goodwill—not just between Abe and Trump, but also between [U.S. Vice President] Pence and Aso, and [U.S. Commerce Secretary] Wilbur Ross and his counterpart.”

“So for all intents and purposes, it’s realistic to assume that the U.S.-Japan bilateral trade relationship will become the gold standard for future bilateral deals that America is going to be doing,” Koll said.

In the meantime, the TPP eleven are pressing ahead, with or without America, while the Regional Economic Comprehensive Partnership slowly advances. For the Trump administration though, conceding ground to others, including China, appears less of a concern than playing to the heartland.