America Is Missing the Larger Point of the Haspel Nomination 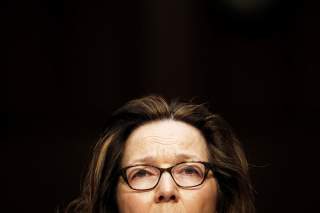 Gina Haspel, the thirty-three year CIA veteran and currently the Agency’s acting director, did not do herself any favors in her audition for the CIA director position before the Senate Select Committee on Intelligence (SSCI) on May 9.

Haspel, who for a short period ran one of the CIA’s “black sites” at which Al Qaeda suspects were held and tortured, alternated between combativeness and conciliation in her multi-hour open hearing.

“I’m not going to sit here, with the benefit of hindsight, and judge the very good people who made hard decisions, who were running the agency in very extraordinary circumstances,” she told the committee. But she also expressly stated that there would be no rerun of the rendition, detention and interrogation (RDI) program on her watch.

“In light of my counterterrorism experience, I understand that what many people around the country want to know about are my views on CIA’s former detention and interrogation program. I have views on this issue, and I want to be clear. Having served in that tumultuous time, I can offer you my personal commitment, clearly and without reservation, that under my leadership CIA will not restart such a detention and interrogation program,” she said in her written statement. She reiterated the point multiple times during the hearing.

But for many senators—mostly Democrats—that was not enough. They wanted a clear statement from her that she regretted her involvement in the program, that torture was immoral and that the destruction of the videotapes of the interrogations was wrong. They got no such admissions, and that failure cost her the vote of Angus King (I-ME).

“I cannot support Acting Director Haspel’s decorated career with CIA without also condoning her involvement in the destruction of videotapes showing detainee interrogations…I have concluded that I do not believe she is the right person to lead this important agency, and will vote no on her nomination,” King said in a statement after the hearing.

All may not be lost for Haspel. The ailing Sen. John McCain will likely not make it back to Washington to vote against her. And she’s already picked up the endorsement of endangered Democrat Joe Manchin of West Virginia, with other vulnerable Democrats likely to follow—enough to likey put her over the top. The question remains: should they?

That Haspel knows the Agency, its culture and its people is self-evident. She would have the complete confidence of the workforce. Her experience in dealing with Russia would be of great value in the current environment. For many, her involvement in the torture program clearly outweighs those other factors.

I never met Haspel during my time at CIA—where I was an analyst from 1988 to 1996—so I’m not in a position to judge definitively whether or not she really would, as she claims, never restart an RDI program. I also think the debate over her nomination misses a much larger point. Haspel and her CIA colleagues were the executors of the program, but they could never have done it without the legal and political cover provided by officials at the White House and the Departments of State and Justice, especially the latter.

If you read the SSCI torture report summary (and if you haven’t, you should), you’ll see that virtually the first thing CIA lawyers asked of DOJ was effectively a legal “Get out of jail free” card. Agency lawyers clearly understood that they were being asked to potentially violate federal law prohibiting torture. In due course, the Office of Legal Counsel (OLC) obliged, producing several legally binding opinions that gave sanction to the use of so-called “Enhanced Interrogation Techniques”—techniques that OLC itself would ultimately repudiate.

The existence of those OLC opinions is why no CIA official involved in the torture program could be prosecuted. Agency personnel had acted on a binding legal opinion produced by the federal department explicitly charged with telling other executive branch components what was, and was not, legal—in OLC’s view. DOJ’s Office of Professional Responsibility ultimately concluded that the authors of the OLC “torture memos” committed professional misconduct in their drafting.

I’ve recounted the history of this episode to underscore the point that the American government’s descent to “The Dark Side” via the sanctioning of torture involved hundreds of people in multiple departments and agencies. That in no way absolves Gina Haspel of going along with it. She could’ve refused to take the assignment at the “black site” she ultimately commanded. She could’ve refused the order to draft the cable directing the destruction of the torture tapes. She could’ve reported all of it to the SSCI and its House counterpart. She did none of those things, and the alternatives I’ve outlined that she did not pursue illuminate why the idea of her running the CIA is highly problematic.

But she was hardly alone in the choices she made, and her misconduct was enabled not only by her own choices, but by the process that enabled her to make those choices.

Until Congress confronts the problem of OLC being able to issue opinions that effectively rewrite the law to allow whatever a given president wants to do, a repeat of the RDI program—whether run by CIA or another federal element—remains a live threat. If the Senate confirms Haspel but fails to address the OLC problem, it will have failed to learn the most important lesson of the so-called War on Terror.

Patrick G. Eddington is a policy analyst in homeland security and civil liberties at the Cato Institute.